JOSE MOURINHO says Christian Eriksen has failed to find his best form this term because of incessant speculation over his Tottenham future, but insists that is totally understandable.

The Denmark playmaker has been one of Spurs’ brightest stars in his six-and-a-half-years in north London but has not hit the heights this term.

Out of contract in the summer and booed off against Liverpool on Saturday, Eriksen appears to have no interest in a new deal and is wanted by Inter Milan during the current transfer window.

Waves to fans after the 1-0 defeat to Liverpool led to suggestions he was saying his goodbyes and was seemingly off to Italy imminently.

In fact, Mourinho plans to start the midfielder against Middlesbrough in tonight’s FA Cup replay but admitted: ‘If you ask me if I think this is the best Christian, I have to be honest and say no.

‘If you ask me if I know the reasons, I am not an idiot, I am in football for many years and know clearly a player in this situation is not a player that is, even if he wants — and I am not blaming or criticising the player — I am just saying it is normal a player in this situation doesn’t perform at the highest level. But I can also say that he is helping us in matches that he is playing with us.’

With injuries leaving Tottenham’s squad looking a little thin, particularly in midfield, Mourinho says there is little option but for Eriksen to face Championship Boro tonight.

‘He plays,’ Mourinho said. ‘After that I have a match on Saturday and maybe he plays Saturday. Again, I cannot tell you much more than that.

‘We are in our limits, we have very important injuries and every player we have is a player that has to be ready to help the team. We are not in conditions to think anything other than that.’ 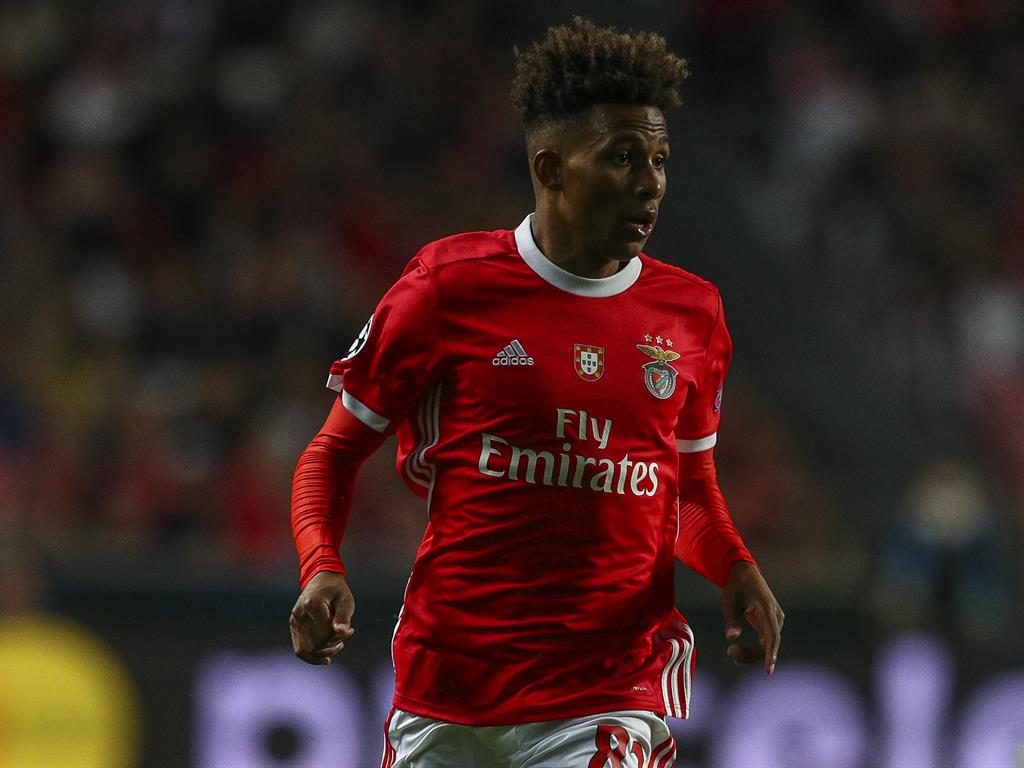 Whether or not Eriksen leaves this month, Tottenham are poised to sign 21-year-old Benfica midfielder Gedson Fernandes (pictured above).

Mourinho refused to discuss the player beyond saying he was ‘waiting for news’ but Fernandes, also a target for West Ham, is believed to have passed a medical yesterday afternoon and expected to sign an 18-month loan deal.