JOSE MOURINHO has raised the alarming possibility that Harry Kane could miss Euro 2020 and not return to action until next season.

Kane had surgery on a hamstring injury on Saturday (pictured) after suffering a ruptured tendon at Southampton on New Year’s Day and Tottenham previously said they expect him to return to training in April.

Mourinho (pictured below with Kane) has been asked repeatedly when exactly the England captain might return, but has not been able to be more specific. 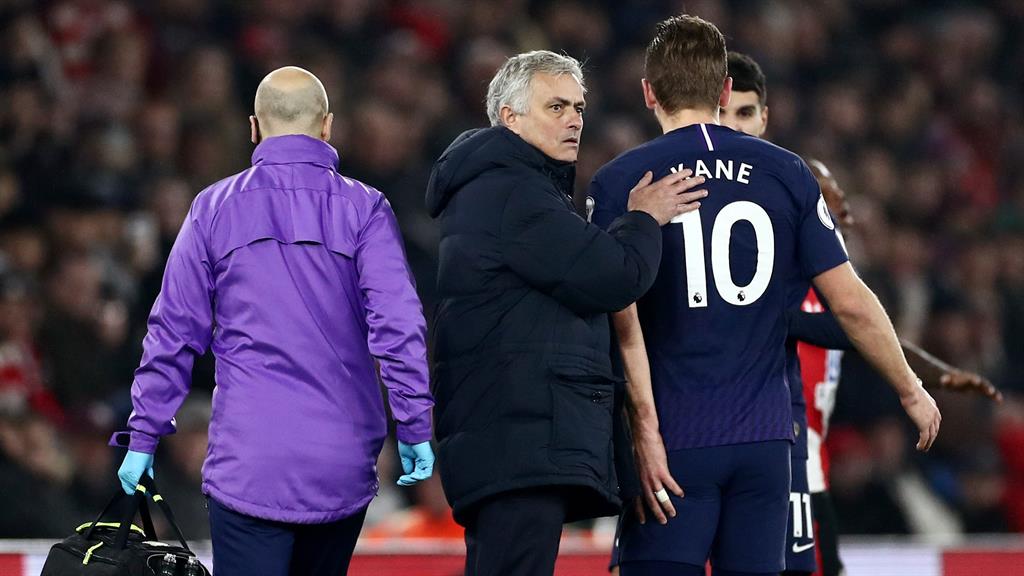 But the Spurs manager’s throwaway answer ahead of tonight’s FA Cup replay with Middlesbrough implied some doubt over Kane’s participation at the European Championship this summer.

‘News on Harry we don’t have and if you ask me every time we come here the answer will be the same,’ Mourinho said. ‘We expect him to be out until, I don’t know, mid-April, end of April, May, next season I don’t know. I have no updates to give on Harry.’

On Saturday Kane, who has a history of recovering quickly from injuries, tweeted from his hospital bed the operation had been a success.

But Mourinho’s comments will concern England boss Gareth Southgate and fans ahead of the summer tournament and losing the man who was the leading scorer in qualifying with 12 goals would be a huge blow ahead of his side’s three group games at Wembley.

The Three Lions play their first game of the tournament against Croatia on June 14.