JOHN TRAVOLTA is the kind of actor you really want to make a good movie. Whether you grew up idolising him in Saturday Night Fever, Grease or even 2007’s Hairspray, there’s no doubt he’s a bona fide A-lister — but his choices haven’t always been great.

After the successes of the 1970s, the 1980s were quiet, with three Look Who’s Talking movies hardly setting the world alight. Fans were thrilled when he burst back with Pulp Fiction, Get Shorty and Face/Off. And then… Battlefield Earth. The Scientology disaster was roundly booed at the time and Travolta’s latest, Gotti, in which he plays New York crime boss John ‘The Teflon Don’ Gotti, has had a similar response, with a rare zero per cent rating on reviews aggregator Rotten Tomatoes.

When you meet Travolta, you really, really want him to make a good movie. On entering the hotel room in Cannes to chat, he’s the consummate professional gentleman, smiling, looking you in the eye and speaking in the gentle voice Sandy fell for that summer. He keeps the tone light with witty anecdotes but seems to take his craft seriously.

‘I always loved pretending I was other people,’ says Travolta, whose wife Kelly Preston co-stars in Gotti. ‘My mother was an acting teacher. She believed in the philosophy of building a character so my quest was always to see if I could convincingly become another person… my confidence comes in being able to absorb.’

Travolta may be able to charm hacks in person but after Gotti premiered in Cannes, critics were less kind. And on its US release, the Gotti Film Twitter page hit back: ‘Audiences loved Gotti. Critics put out the hit. Who would you trust more? Yourself or a troll behind a keyboard?’ Ouch.

For my money, the problem is less with Travolta’s performance than the bland direction from Kevin Connolly (Entourage) and a script that comes close to glorifying a violent mobster. It seems odd for an actor of Travolta’s fame to take a punt on such an inexperienced director but Travolta does seem to have some admiration for Gotti himself.

‘People loved him,’ he says. ‘I went to Long Island and interviewed a lot of businesses and if your business was failing he would give you money to bring it back into the black. They were trying to do fireworks for the community, barbecues, a sick family got their hospital bills paid for — there were these acts of humanity laced in with acts of horror. But the horror was basically among themselves and anyone who was breaking their own rules.’

Was he comfortable playing Gotti?

‘No, I’m confident,’ he says. ‘I wasn’t comfortable blowing up someone’s head and shooting up heroin for Pulp Fiction but I was confident I could play it well enough for you to believe it. You don’t have to like everything your characters do.’

Travolta is clearly a man who cares what people think — his face lights up when he remembers an interview for the film Hairspray, in which he wore a fat suit and prosthetics to play Edna Turnblad. 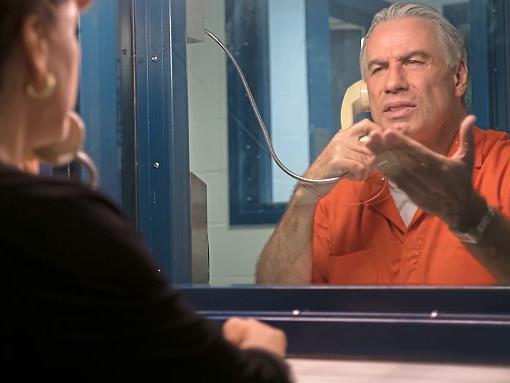 ‘There was a journalist who said, “I tried to find you in that movie. I couldn’t see you. But who was the lovely heavy woman in it?” I said, “That was me.” The joy that I got from that!’

No doubt the Gotti reviews will have hurt Travolta but he’s got an answer for how he handles the lows. ‘In the mid-1980s, I used those opportunities to live life and rub elbows with all sorts of people — to create a library of memories and thoughts I could use for the arts. I viewed it as an opportunity more than I viewed it as a down time,’ he smiles. ‘And you know, certain down times I was doing things like dancing with Princess Diana. You know, it wasn’t so bad! I’ve always been a positive type person anyway.’

In the spirit of positivity, here’s hoping his next film will be more Grease than Gotti. Meanwhile, Meghan might want to start practising her dance moves.

Gotti is available to download today, and on DVD and Blu-ray on Sep 24

The best and worst Travolta movies 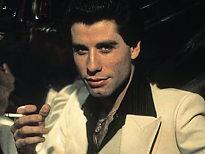 After charming audiences in sitcom Welcome Back, Kotter, Travolta wowed Hollywood in his debut 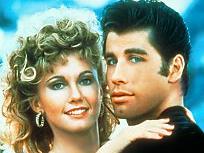 Travolta petitioned for his co-star. ‘I said there’s only one woman in the world that can play this role and it’s Olivia Newton-John’ 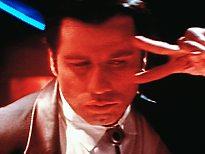 Quentin Tarantino’s stylish crime thriller put Travolta, aka Vincent Vega, back on the map. And he got to dance again too 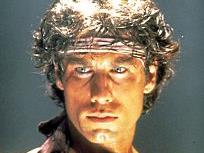 Directed by Sylvester Stallone, the Saturday Night Fever sequel also has a zero per cent rating on Rotten Tomatoes 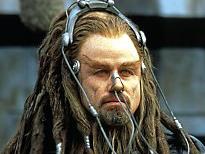 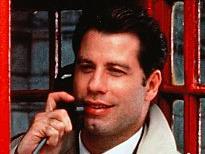