JOHN BOYEGA has accused Disney of marketing his Star Wars character as an important figure, then pushing him aside.

The 28-year-old Londoner played Finn (pictured), the franchise’s first black Stormtrooper, in the recent trilogy alongside Daisy Ridley as Rey and Adam Driver as Kylo Ren.

But Finn’s screen time decreased in The Last Jedi and The Rise of Skywalker.

Boyega told British GQ: ‘You get yourself involved in projects and you’re not necessarily going to like everything. (But) what I would say to Disney is do not bring out a black character, market them to be much more important in the franchise than they are and then have them pushed to the side. It’s not good. I’ll say it straight up.’ 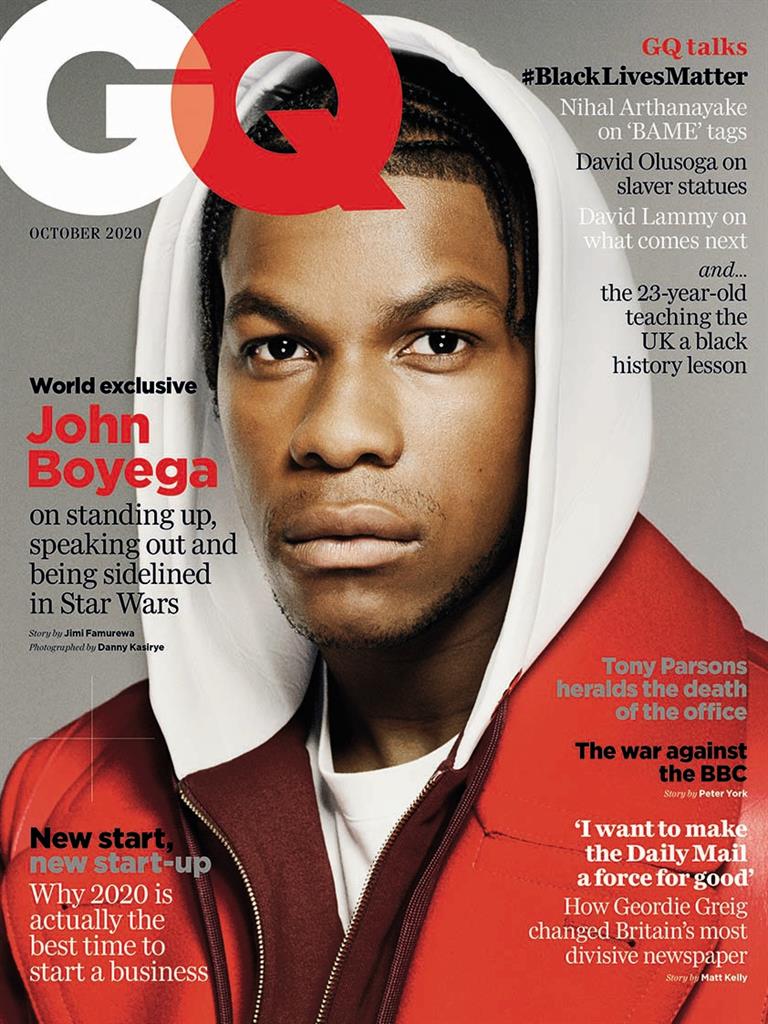 Boyega, who made an emotional speech in London’s Hyde Park referencing the death of George Floyd during Black Lives Matter protests, said he has become more ‘militant’ about racial inequality.

He said: ‘I’m the only cast member who had their own unique experience of that franchise based on their race. Nobody else in the cast had people saying they were going to boycott the movie because (they were in it).

‘Nobody else had the uproar and death threats sent to their Instagram DMs and social media, saying, “Black this and black that and you shouldn’t be a Stormtrooper”. But yet people are surprised that I’m this way. That’s my frustration.’

However, some disagreed with Boyega’s comments. One Twitter user, calling themselves @FoxMulderr, said: ‘Boyega had the second most time in all three movies, only behind Ridley. Driver had much less time than both of them. The end.’ Another, Mark Partyka, asked: ‘How was John Boyega “pushed aside” by The Last Jedi? His combat with Phasma was one of the movie’s emotional highs.’

Read the full feature in the October issue of British GQ, on sale from Friday.