JOE WICKS will attempt to work out for 24 hours for Children In Need — and admitted he could ‘burst into tears’ during the challenge.

The Body Coach, 35, who became known as the nation’s favourite virtual PE teacher during the first lockdown, is hoping to raise millions after revealing he has signed up for next month’s ‘savage’ ordeal.

The Radio 2 BBC Children In Need Challenge will be a ‘real test of endurance’, he said.

‘It’s going to be tough, I’m not going to sleep, there’s no end to it. I’ve just got to keep going.

‘It will be draining and I know that when you get true fatigue and you’re really exhausted, you get really emotional.

‘I’ll probably end up, at some point, bursting into tears.’

‘But,’ the star added, ‘hopefully people will be there to pick me up and say, “Come on, keep going.”’

Joe, who was recently made an MBE, has been advised he should try to consume 10,000 calories during the fundraiser — the same number he will burn through.

‘Even if you’re eating loads of burgers, ice cream and chocolate, to eat 10,000 calories is still… very tough,’ he said.

‘But I’m sure we’ll make some high-calorie drinks, and get some avocado and peanut butter in there and fatten it up.

‘Hopefully, I’ll have predominantly healthy food, but with the odd chocolate bar or packet of fruit gums.

‘I want to keep my blood sugar levels stable rather than just smashing the sweets and the chocolate.’

Last year, Rylan Clark-Neal (pictured) took part in a 24-hour karaoke challenge for the charity, with surprise guests joining him. 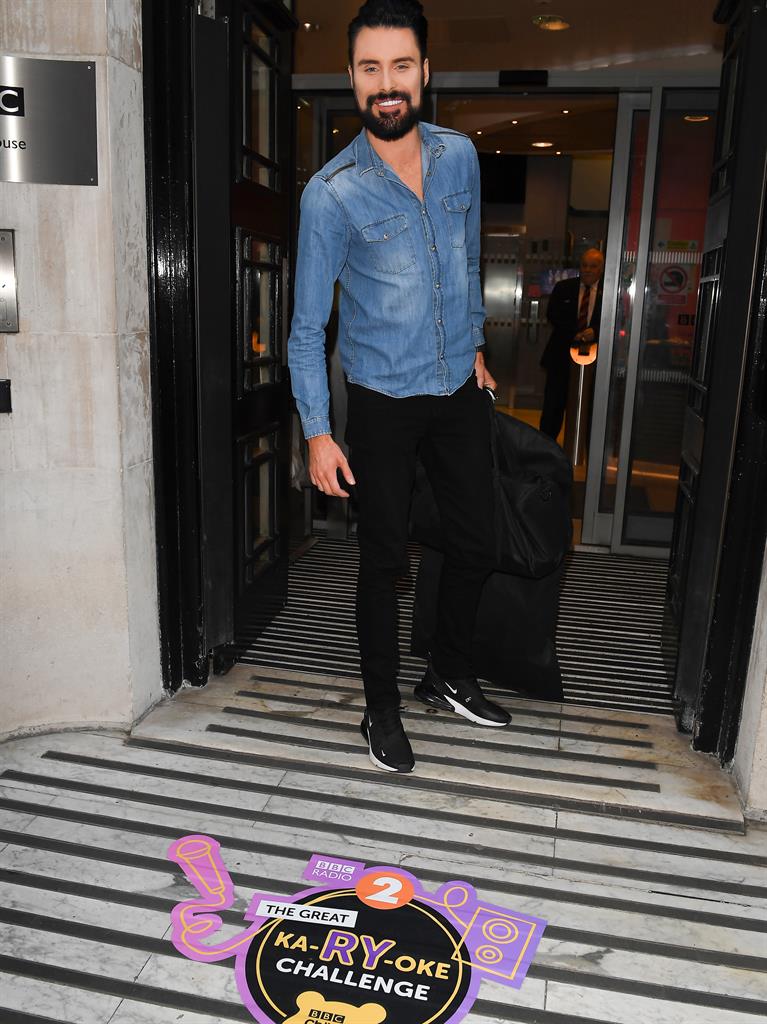 But celebrity guests will only be able to join Joe remotely because of the pandemic.

The PE guru, who is Children In Need’s schools ambassador, will be allowed a five-minute toilet break every hour.

He told PA: ‘My biggest concern is just the tiredness, I think when it gets to 3, 4, 5am, I’m going to really want to cry myself to bed….

‘But at the same time, I think every single hour that goes by, if I can see the money climbing up a little bit, I’ll be like, “Come on, one more push, let’s get another million.”

‘I’m hoping we can raise big numbers and get loads of money in that Children In Need pot this year.’

During the challenge, Joe will do everything from his signature high-intensity interval training workouts to rowing, yoga and using the treadmill.

‘Although I’m not going to be climbing a mountain or doing 1,000 press ups an hour’ this is a ‘real test of endurance’, said the fitness guru, whose lockdown workouts raised £580,000 for the NHS.

He said: ‘I’ve raised loads of money for the NHS this year and I’ll be so proud if I can raise millions for Children In Need.

‘Children are vulnerable all the time but especially during this lockdown.

‘Things are really difficult and their mental health, their safety, their happiness is so important.

‘We can never neglect that and turn our backs on that.’

Joe also spoke to Zoe Ball on the Radio 2 Breakfast Show, saying: ‘The last time I did an all-nighter was probably in Vegas 10 years ago…

‘This is really going to be the toughest mental challenge that I’ve ever done.’

He will work out live on BBC Radio 2 from the BBC Studios in London and viewers can watch his efforts on the Red Button and BBC iPlayer across the 24 hours.

The final moments of the challenge, on the morning of the BBC Children In Need Appeal day, will stream live on YouTube with schools joining.

■ The Joe Wicks 24-Hour PE Challenge will begin at 9.25am on November 12. Audiences will be able to donate at bbc.co.uk/radio2