FAME can be a funny thing. Take Joe Alwyn. The 28-year-old British actor had been doing quite nicely, thank you, appearing in classy movies such as The Favourite and Boy Erased. Then he casually started dating one of the most famous women on the planet, Taylor Swift. All of a sudden, he’s been thrust into a spotlight where everyone is focusing on the man, not the work.

So what is his latest work, then? That would be new movie Harriet, a respectable drama about a remarkable woman, Harriet Tubman. Born into slavery in 19th-century Maryland, she escaped and repeatedly returned to help free others. Fellow British actor Cynthia Erivo plays Tubman; Alwyn gives a great turn as (fictionalised) slave owner Gideon.

‘I just thought it was an amazing story about an amazing woman I knew nothing about,’ he says when we meet at London’s Rosewood Hotel. ‘She’s hugely important. There’s obviously the whole 20-dollar-bill saga — she was meant to be on it but Trump has delayed that.’

In May, the US president vetoed her likeness being used until he’s left the White House. Alwyn adds: ‘I was shocked there hasn’t been a film made about her before.’

‘I found it hard, with a character like Gideon,’ he admits. ‘To connect with someone like that is pretty much impossible. The idea of slavery is obviously repulsive so where do you find a way in?’

In person, Alwyn is quietly confident, albeit wary when it comes to questions straying too close to Swift. Amid rumours they’ve got engaged, they’ve kept their relationship on lockdown.

There’s been the odd Instagram post (she bigged up The Favourite, in which Alwyn played Emma Stone’s hubbie, Baron Masham), the odd pap shot (leaving a Bafta after-party holding hands in February), even the odd song lyric (her tune London Boy, with the line ‘took me back to Highgate’).

How has he found increasing fame?

‘I don’t really feel any different so I try not to think about it,’ he says.

Has he found a way of handling it?

‘Just by ignoring it,’ he replies bluntly.

Is that even possible?

A resolute look comes over him.

But is that easy when you’re dating someone very famous?

‘No… I mean… I just keep private life private,’ he stammers, aware he’s beginning to sound like a broken record. ‘I made a clear decision to be private about what’s private and what isn’t for other people to have.’

Perhaps Alwyn’s still in a daze. Even before he graduated from drama school, he won the lead in Ang Lee film Billy Lynn’s Long Halftime Walk (2016). He’d never even been to America until he auditioned in New York. He got the role and had to stay on, unexpectedly.

‘The producer ran across the road with me to Gap and bought me a load of socks and boxers,’ he grins.

Prior to this, life in north London’s Tufnell Park was idyllic.

‘I just spent so much time running around Hampstead Heath,’ he says. His dad made documentaries in Africa. ‘In the days when you could bring stuff back, in carry-on, he’d bring back spears and bows and arrows, rolled up in rugs!’

Next up? Bob Cratchit in the BBC’s latest A Christmas Carol, a cameo in The Souvenir Part II and The Last Letter From Your Lover with Felicity Jones. Just don’t expect to find much about all this on his social media.

‘I have got Instagram but I don’t think I’m very good at it,’ he laughs. 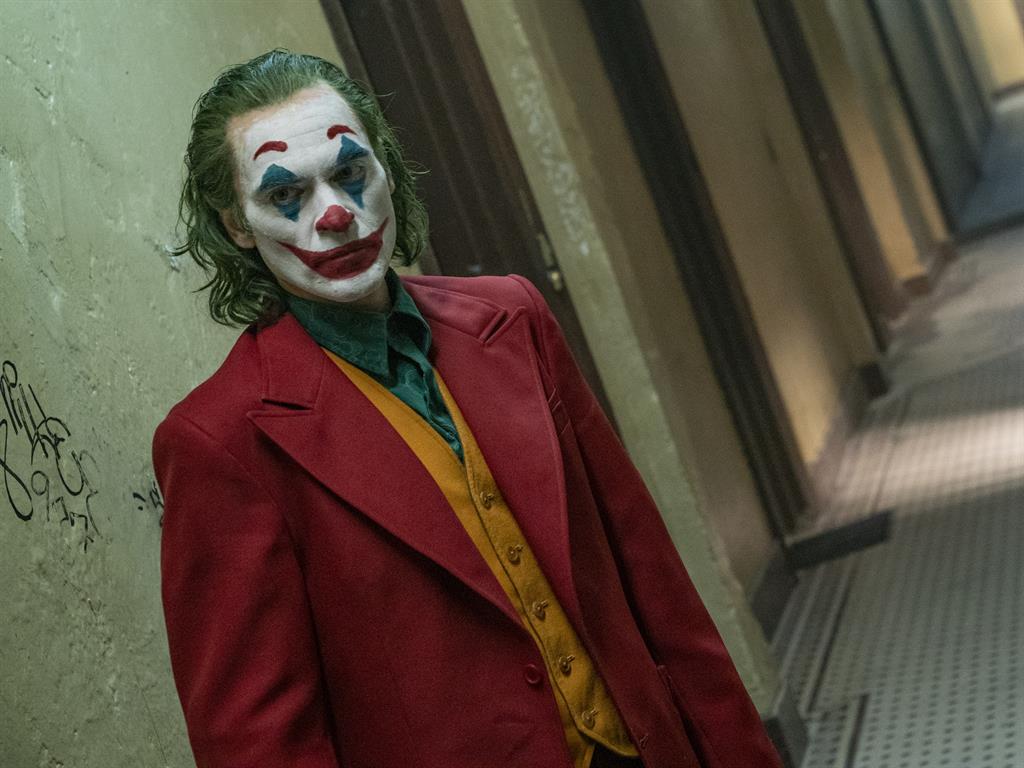 IF JOE ALWYN could pick one actor to work with, it might just be Joaquin Phoenix. ‘I think he is amazing in everything. I’d definitely be intimidated but I’d love to work with him.’ Alwyn recently saw Phoenix’s performance in Joker (above).

‘I did like it,’ he says. ‘I’d read so much about it and I read a bunch of reviews and the controversy about it, it was quite hard to watch with that going through my mind. I was monitoring it while watching.’

It wasn’t the only Phoenix performance he’s seen recently either, having taken in You Were Never Really Here for a second viewing. Joaquin, if you’re reading, you’ve got a new fan.

■ Harriet is in cinemas now