BRITAIN’S first December election for nearly 100 years is on after MPs finally gave it the go-ahead last night.

Jeremy Corbyn agreed to the poll Boris Johnson wanted, having accepted that a no-deal Brexit was off the table.

The prime minister, who had failed three times previously to force an election, won his bid to hold it on December 12 by a resounding 438 votes to 20 after the Commons rejected Labour’s preferred date of December 9.

Attempts to allow 16- and 17-year-olds and EU citizens to vote were rejected by deputy speaker Lindsay Hoyle — but peers may try to reinstate the amendments when the election Bill is debated in the Lords today.

Mr Johnson, thwarted by opponents in the Commons at every turn as he helms a minority government, said victory in the first December election since 1923 would allow him to get Brexit done with the deal he has reached with the EU.

‘The deal is there,’ he told MPs. ‘It is ready to be approved by a new parliament, with a government yearning with every fibre of their being to be able to get on and deliver our one-nation Conservative agenda.’

Mr Corbyn said: ‘I am ready for it, we are ready for it. We will now launch the most ambitious, radical campaign for real change in this country.

‘The Liberal Democrats are the strongest party of Remain and will be standing on a manifesto to stop Brexit by revoking Article 50,’ she said. ‘I am excited to take our positive, pro-European, liberal vision to the country.’

The PM failed on Monday to trigger a poll under the Fixed-term Parliaments Act, which requires two-thirds of MPs to agree. Yesterday, he got round the act by persuading MPs to back passing a law that requires an election to be held on December 12.

To win, he only needed a simple majority, but he ended up with more than two-thirds after Mr Corbyn dropped his objections. More than 100 Labour MPs abstained. The bid for a December 9 poll, which would have benefited students wanting to vote in university constituencies before going home for Christmas, was rejected by 315 to 295.

No.10 had threatened to pull the bill put forward by Mr Johnson if MPs backed lowering the voting age or letting the estimated 3million EU citizens in the UK take part.

Ten Tory MPs were readmitted to the party before the vote last night, after being among the 21 expelled for helping pass the law that forced the PM to ask for a Brexit extension beyond October 31.

But others still out in the cold include the former chancellor Philip Hammond and ex-justice secretary David Gauke.

They may have to stand as independents if they want to fight for their seats. ‘There has been a ladder to climb,’ said a No.10 spokesman. ‘Some have taken the decision to climb the ladder, some have not.’

Owen Smith — who challenged Mr Corbyn for the Labour leadership in 2016 — announced that he will stand down from parliament. It brings to 47 the number of MPs stepping aside.

European Council president Donald Tusk confirmed the Brexit ‘flextension’ — of up to three months — as MPs debated the election. ‘It may be the last one,’ he tweeted. ‘Please make the best use of this time. I will keep my fingers crossed for you.’

The election will be nearer Christmas than any since 1918, when troops returning from World War I joined women voting for the first time. 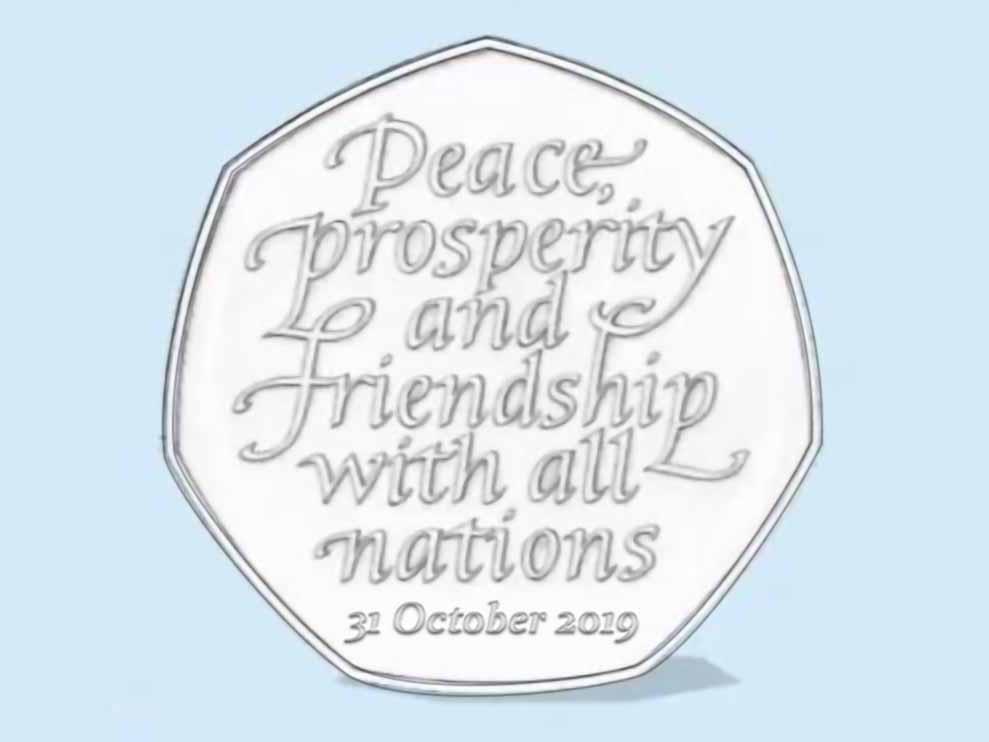 ■ LIMITED edition Brexit coins, dated October 31, 2019, will be melted down after the UK’s departure from the EU was delayed by three months. The 50p pieces, inscribed ‘friendship with all nations’, were meant to be minted in time for the UK leaving on Friday. But the Treasury yesterday said they will be recycled — and new coins made, stamped with the current Brexit date of January 31, 2020.