JEREMY CORBYN’S bid for Number 10 has suffered a series of blows as two former Labour MPs urged voters to back Boris Johnson instead at the General Election.

Ian Austin (pictured below) said the Labour leader was ‘not fit to lead’, and was joined by John Woodcock as they launched a campaign labelling Mr Corbyn a ‘disgrace to his party’.

It came as the Jewish Chronicle newspaper published a stark front page urging voters not to support Labour because of Mr Corbyn’s handling of anti-Semitism within the party. 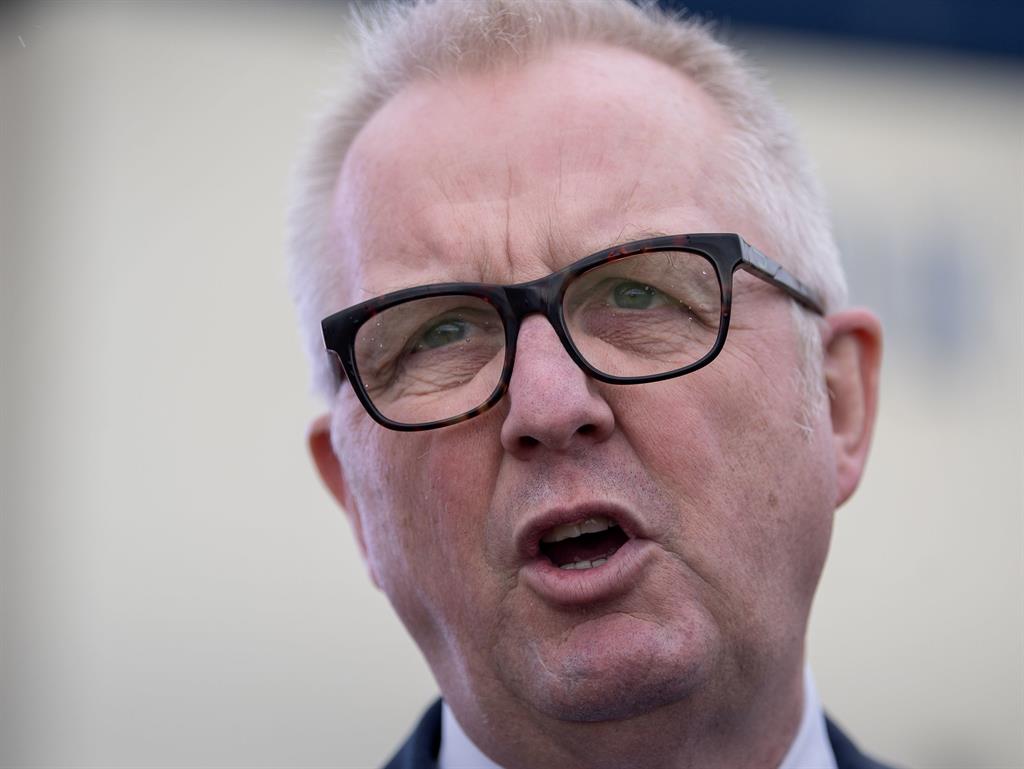 The paper said the ‘near total inaction of Mr Corbyn and the rest of the Labour leadership in dealing with anti-Semites in the party has both emboldened them and encouraged others’ — accusing Mr Corbyn and his allies of having ‘actively impeded action against the racists.’

Mr Austin, who is not contesting the Dudley North seat he has held since 2005, issued a blistering attack on Mr Corbyn, telling the Express & Star newspaper: ‘I must do everything I can to stop Jeremy Corbyn from getting into power.’

The long-time critic of Mr Corbyn and a former adviser to Gordon Brown quit Labour in February in response to what he claimed was a ‘culture of extremism, anti-Semitism and intolerance’.

He said ‘decent patriotic Labour voters’ should vote Tory to help Mr Johnson get the majority he needs to stop Mr Corbyn from entering Number 10, adding that the opposition leader was ‘too big a risk’.

Mr Woodcock, who announced this week that he would not stand for re-election in Barrow and Furness, ‘pleaded’ with Labour supporters to ‘face up’ to the choice of Mr Johnson or Mr Corbyn and to not ‘leave it until too late’.

He warned: ‘The choice to keep Jeremy Corbyn away from Downing Street, to stop him getting his hands on the levers of national security and defence has to be to vote Conservative in this election and that’s what I’ll be doing as well.’

He had been sitting as an independent since having the Labour whip withdrawn in April 2018 pending investigation of an allegation, which he denies, of sexual harassment.

Their intervention came just hours after Labour’s deputy leader Tom Watson, who has also been publicly critical of the leadership’s attempts to tackle anti-Semitism in the party, announced he is standing down saying the time was right for him to step away from politics.

After a turbulent start to the election campaign for the two main parties, Labour and the Tories sought to shift the focus to the economy instead.

Shadow chancellor John McDonnell said Labour would invest £150billion in schools, hospitals, care homes and council housing over five years and he pledged an ‘irreversible shift in the balance of power and wealth in favour of working people’.

In what could pose a significant threat to both main parties, the Liberal Democrats, Plaid Cymru and the Green Party announced they had agreed not to stand against each other in 60 constituencies across England and Wales.

The deal, brokered by the Unite to Remain group, will give voters a single Remain choice in 60 constituencies across England and Wales.

The group is confident that ‘at least 44’ of the 60 seats are ‘highly winnable’.

Elsewhere, the prime minister took to the skies on the first full day of his General Election tour which will see him visit Scotland, Northern Ireland and the north of England.

After touring a Tetley tea factory in Stockton, Mr Johnson insisted it was vital to ‘get Brexit done’ so the country could move on, bringing the country together with better education, infrastructure and high-tech programmes.