JAMIE GEORGE insists England have the firepower to cover for Billy Vunipola if his Saracens team-mate is ruled out of Saturday’s World Cup clash with France.

Vunipola failed to appear for the second-half of last weekend’s 39-10 victory over Argentina after suffering an ankle injury that required ongoing treatment on the Tokyo Stadium pitch.

The marauding number eight has undergone a scan and a definitive update is expected on Tuesday, but with a quarter-final place already secured the overwhelming priority is to ensure he is fit for the knockout phase.

If Vunipola (pictured below) fails to pull through then Tom Curry or Mark Wilson will deputise in the back row for the Pool C finale at International Yokohama Stadium, but his absence would still have a significant impact on England’s ball carrying.

George, the Lions hooker, insists it is up to the pack to pick up the slack if he is unavailable.

‘Eddie made us aware of it when Billy came off at half-time. He said there will potentially be a little more responsibility for the other guys to step up and want the ball,’ George (pictured) said.

‘You work towards the ball all the time anyway. Whenever he sees me and Billy as an option, the scrum-half just passes it to Billy anyway which is probably fair enough!

‘If he does or doesn’t play then we’re all aware that we need to get our hands on the ball and impose ourselves physically.’

England will face either Wales or Australia in the quarter-finals depending on the outcome of their clash with France and George insists they have no preference over the identity of their opponents beyond this weekend.

The point that’s been made to us is that the focus has to be on being as prepared as we can for France. Whatever happens off the back of that is great,’ George said.

‘It’s great that we’ve managed to qualify, but that’s not what we are thinking about.

‘Momentum is a massive thing in a tournament like this so we want to put in another good performance and keep building towards the quarter-finals. 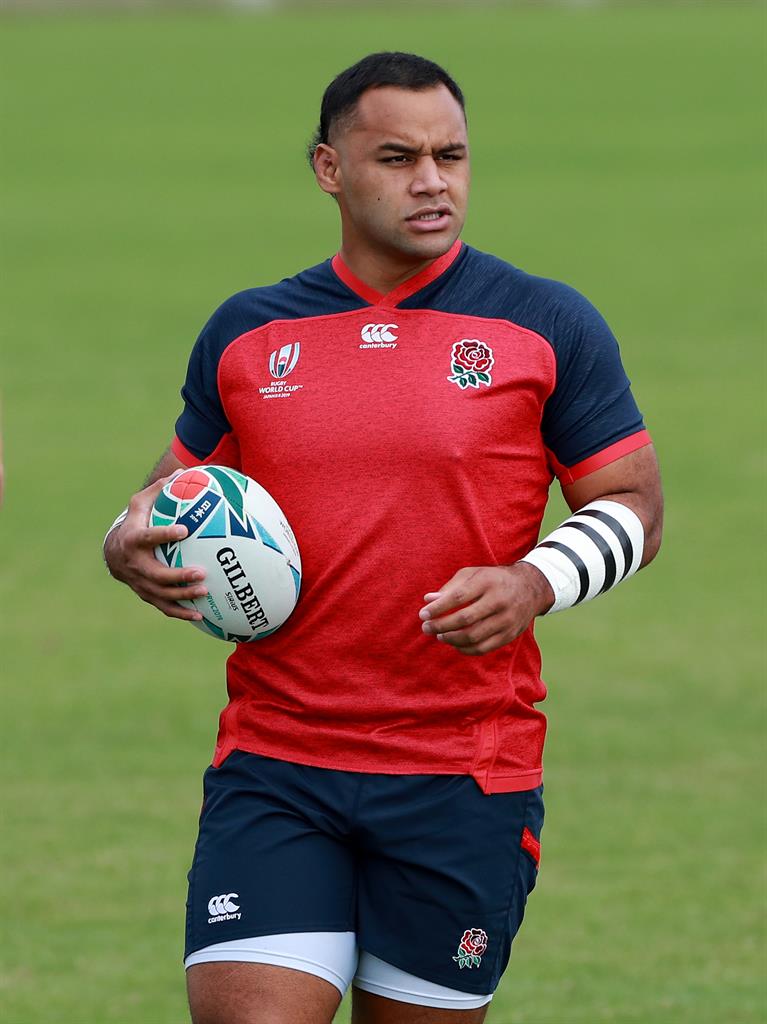 ‘Some of my favourite memories in an England shirt have been against France. It’s also another opportunity to represent your country in a World Cup, which as we all know is very rare.’

Alivereti Raka is one of France’s deadliest threats and is well known to Saracens after he plundered a hat-trick for Clermont at Allianz Park in 2017.

‘I played in that game unfortunately. We didn’t know too much about him, but we had watched the tapes and he’d done some pretty special things in the Top 14,” George said.

‘That day he was exceptional and if you give him a free rein he can be destructive. We probably got it pretty wrong that day. He is a threat we need to be aware of this weekend.’