LONDON Bridge victim Jack Merritt was the first person to confront terrorist Usman Khan, it emerged yesterday as vigils were held to honour him.

Prof Bain said it ‘felt like a warzone’, adding: ‘I saw people die, I saw things that I will never be able to unsee.’

Jack’s bravery was described after his girlfriend Leanne O’Brien broke down in tears as he was honoured at Guildhall, Cambridge.

Ms O’Brien was comforted by her own and Jack’s parents as fellow Cambridge graduate Saskia Jones was also remembered.

Mr Merritt, 25, and Ms Jones, 23, were both stabbed to death by convicted terrorist Khan, 28, during the Fishmongers’ Hall event they were supporting. At a separate vigil in Guildhall Yard, London, Boris Johnson, Jeremy Corbyn and London mayor Sadiq Khan observed a minute’s silence.

In the BBC interview, Prof Bain said that former offenders at the conference ‘stepped up and intervened’ and people owed their lives to those who had previously spent time in prison.

Meanwhile, the boss of Fishmongers’ Hall described in detail the heroism of kitchen porter Lukasz who helped stop Khan. 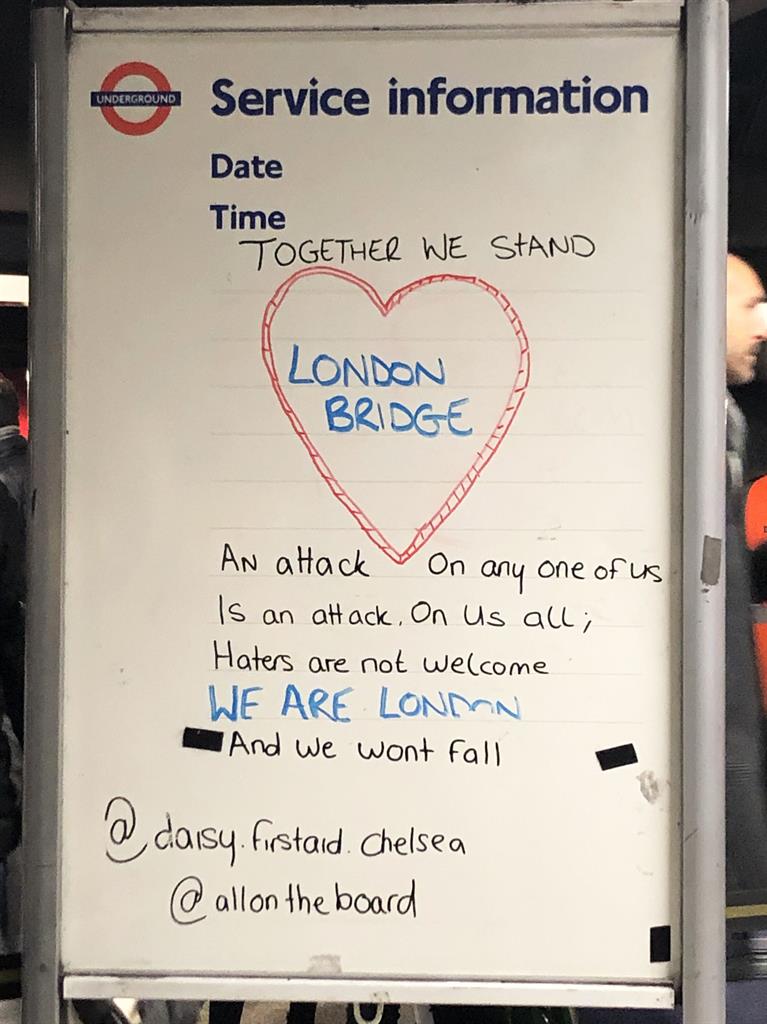 ‘There’s a bad guy with knives and people fighting for their lives.’ Lukasz grabbed a ‘long stick’, thought to be one of the hall’s whale tusk, and ran at the terrorist.

During a ‘one-on-one’ fight Lukasz was stabbed five times. Khan got out of the building, with Lukasz giving chase.

Members of the public helped tackle the terrorist until police arrived and shot him dead.