DONALD TRUMP unleashed his fury yesterday following his impeachment acquittal against those who tried to remove him from office.

The US president described the proceedings as a ‘disgrace’ and went on: ‘It was evil, it was corrupt. This should never ever happen to another president, ever. We went through hell, unfairly. We did nothing wrong.’

The president, who had been accused of pressuring Ukraine to conduct two investigations for his own political gain, called House speaker Nancy Pelosi ‘a horrible person’ and impeachment manager Adam Schiff a ‘vicious horrible person’. 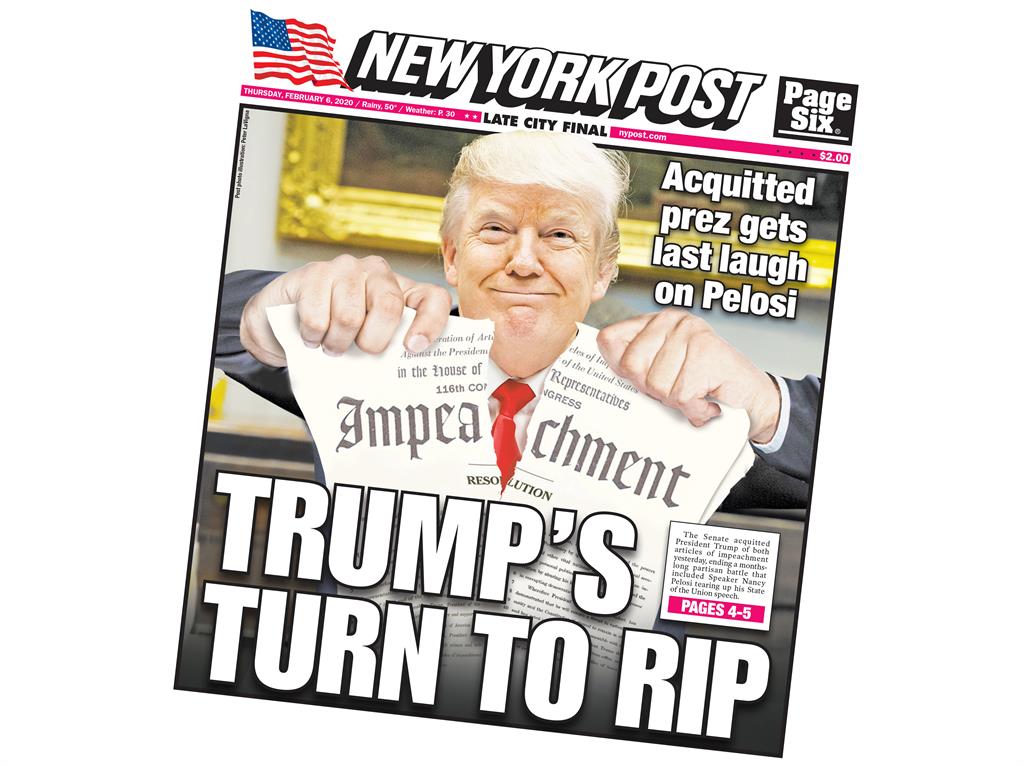 Earlier, at the annual National Prayer Breakfast, he held up papers with the headline ‘Acquitted’. After Harvard professor Arthur Brooks urged those gathered to ‘love your enemies’, Mr Trump said: ‘I don’t know if I agree with you’, and launched a veiled attack on Republican critic Mitt Romney. Ms Pelosi, who had ripped up Mr Trump’s State of the Union speech, called his remarks ‘so completely inappropriate’.