LUTON airport at dawn on a Friday: a blonde-wigged man in leopard-print hot pants and heels totters by a bunch of boisterous women in identical red T-shirts. In fact, there are stag and hen groups everywhere, plus sunseekers already in shorts and shades. None of them board my plane, though.

The first out of Luton at 5.55am, my flight takes me to Pristina (pronounced ‘Prishtina’) the capital of Europe’s youngest country, Kosovo (where England played football yesterday). I’ve chiefly been lured by a thrilling nightlife scene: clubs where big-name DJs play and electronica is unfettered by norms. 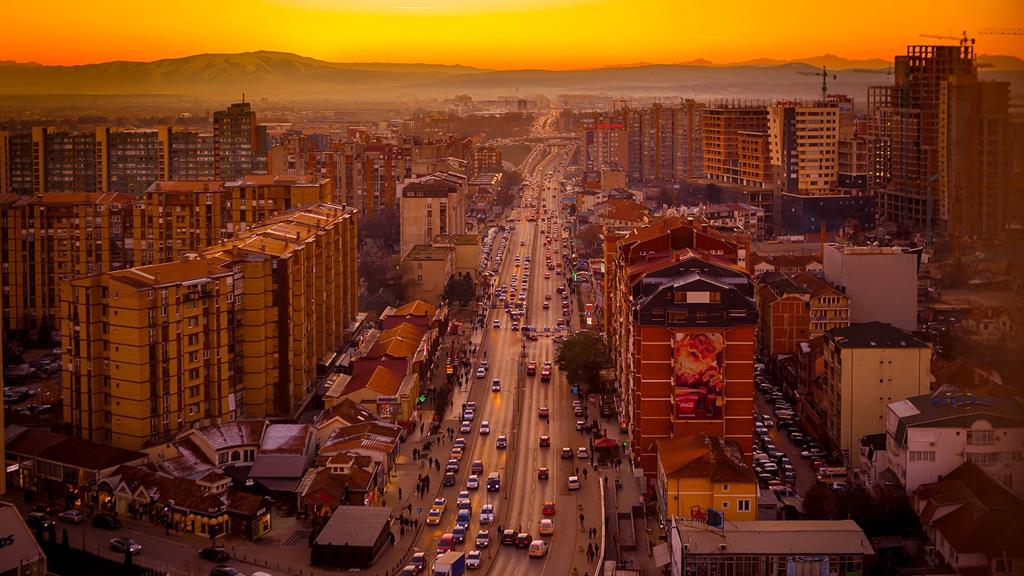 Yet Pristina certainly isn’t on the holiday trail — there’s no tourist information at the airport. Everything here is bonkers cheap. The central, two-bedroom Airbnb my friend and I rent costs £40 each for three nights. Beers average about 85p (though not in the EU, Kosovo uses the euro), and mains at Shpija e Vjetër on Qamil Hoxha street, including excellent plates of garlicky sausage, start at €1.80 (£1.50).

Steps away, pedestrianised Bulevardi Nënë Tereza is named after Mother Teresa, whose father was Kosovan. On Friday nights it’s packed, with everyone dressed up, walking along in groups or sitting on benches enjoying ice creams.

‘People here have little money,’ taxi driver Mergim tells me, ‘but they always go out on the weekend.’ The statistics back him up: Kosovo is Europe’s third-poorest country.

While restaurants are mostly quiet, bars thrum. The short Raki Street is almost exclusively comprised of tavernas. More refined is Soma Book Station (4/A Fazli Grajqevci), a hipster vinyl shop, bar and restaurant in one with fairy lights over industrial piping. Cool Cuban jazz plays until 11pm, at which point everyone piles into the garden.

A 70mph cab ride takes us to Pristina’s industrial boondocks and Zone, ‘the best club in the Balkans’, according to one waiter. Its set-up is unusual: tall tables (but no chairs) dot the dance floor, attended by dozens of waiters. Above us, a Kosovan DJ plays tribal deep house. Kristian Beyer — part of German duo Âme — is due on later. At first there are almost exclusively men but then the women arrive en masse, all dressed in fabulous frocks and high heels, and the atmosphere ramps up. Blessed with great sound and open until dawn, it’s a superb venue for a night out (from €5, facebook.com/zoneclubpr).

In the hot, hungover light of day Pristina looks about as pretty as I do. White and rust-orange apartment blocks — most dilapidated — loom over odd postmodernist houses with huge, domed hallways. Shops jostle for room on the traffic-clogged streets. Still more numerous are the cafés, which serve especially good macchiatos.

The city lacks any standout sights although its bazaar and ethnographic museum offer a distraction. Ditto the national library’s eye-catching exterior, which pairs mesh-style cable with what look like halves of big, deflated footballs. 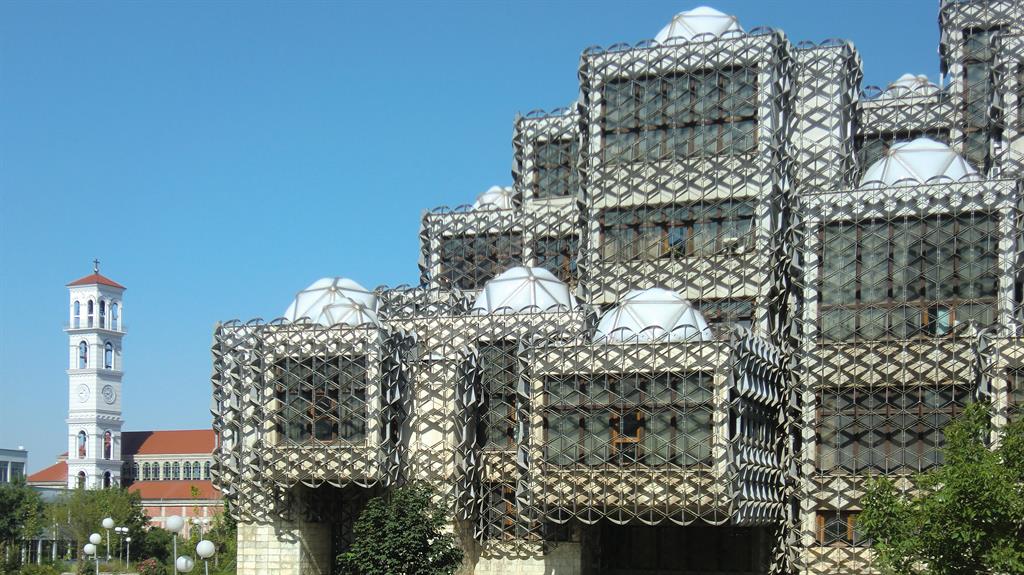 Along Bulevardi Bill Klinton stands a waving statue of the former US president, beloved here for ordering the Nato bombing that helped end the Kosovo War in 1999.

As my friend and I take silly photos, passing locals smile and corral their children to help us. It’s a sweeping statement but Kosovans seem more genial than the more taciturn types I’ve met in other Balkan countries. Everyone speaks some English too. 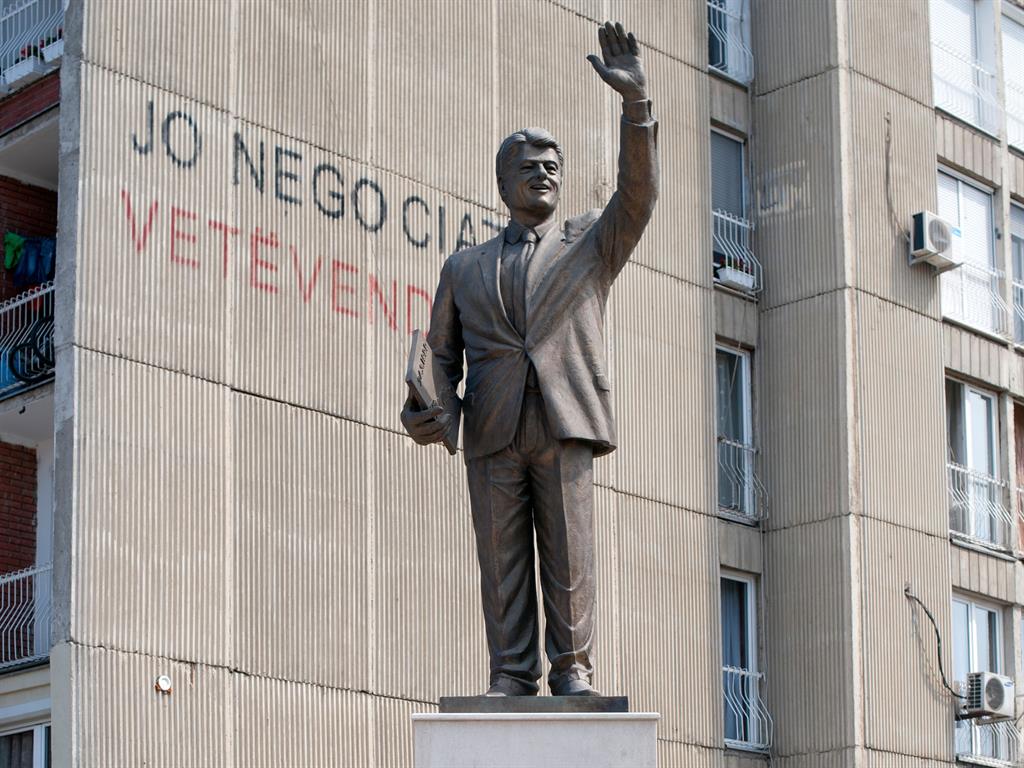 Back at the airport I try a cheesy börek, Kosovo’s ubiquitous piped pastry. ‘You come for holiday?’ asks the vendor, looking at me puzzled. ‘Is not normal.’

‘No,’ I answer, recalling Luton’s hot pants and hens. ‘I didn’t want normal.’ 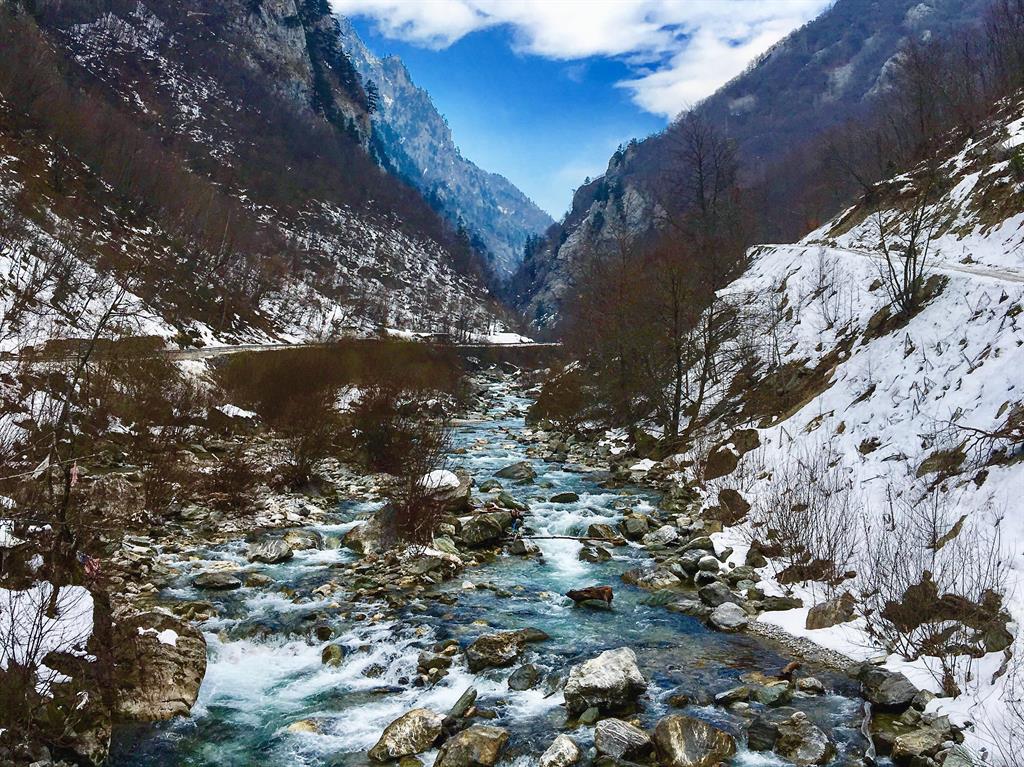 Waterfalls, hot springs, hundreds of caves, ancient rock drawings and a via ferrata trail await in this 16-mile gorge near Peć. 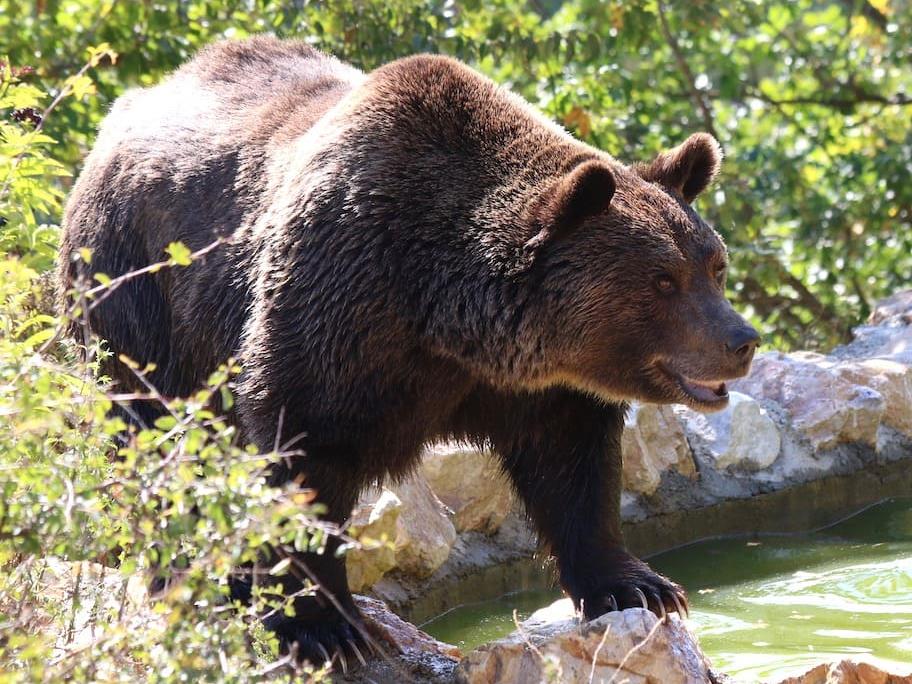 Caged brown bears were once common in restaurants. Many now reside at this large natural space near Pristina. 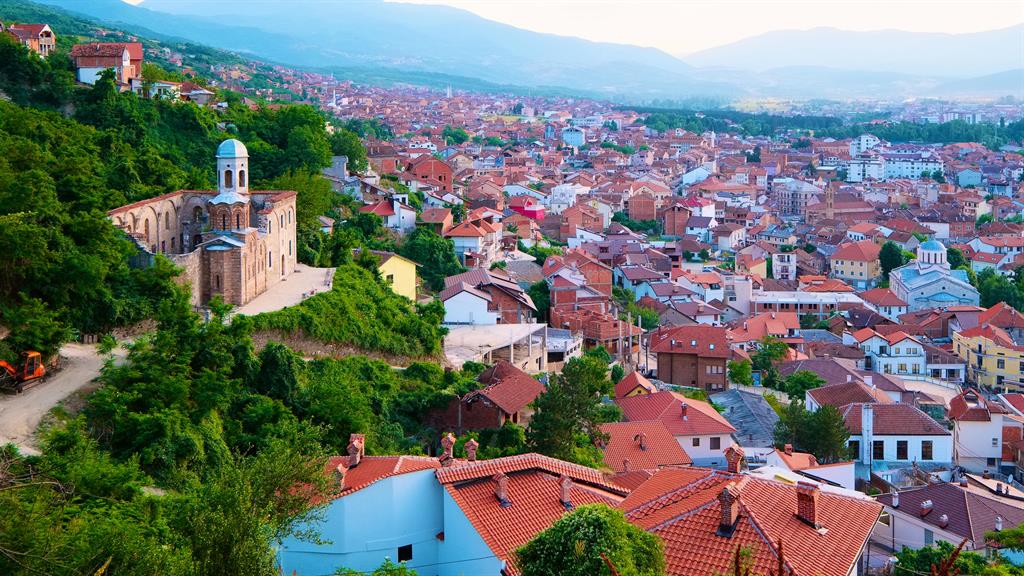 This riverside city has Ottoman-style architecture and a free-to-enter fortress (kalaja) above it.