NO WONDER Daisy the St Bernard has something of a hangdog look about her.

She’s the one you’d expect to be rescuing walkers stuck in the peaks. Instead, rescuers had to come to her aid after she collapsed while coming down from the summit of England’s highest mountain with her owners on Friday evening.

A spokesman said: ‘Having our own much-adored search dog Jess, we recognise the distress both an animal and its owners can feel. Our members didn’t need to think twice about mobilising to help Daisy.’ He said the four-year-old had been showing signs of pain in her legs and was refusing to move. 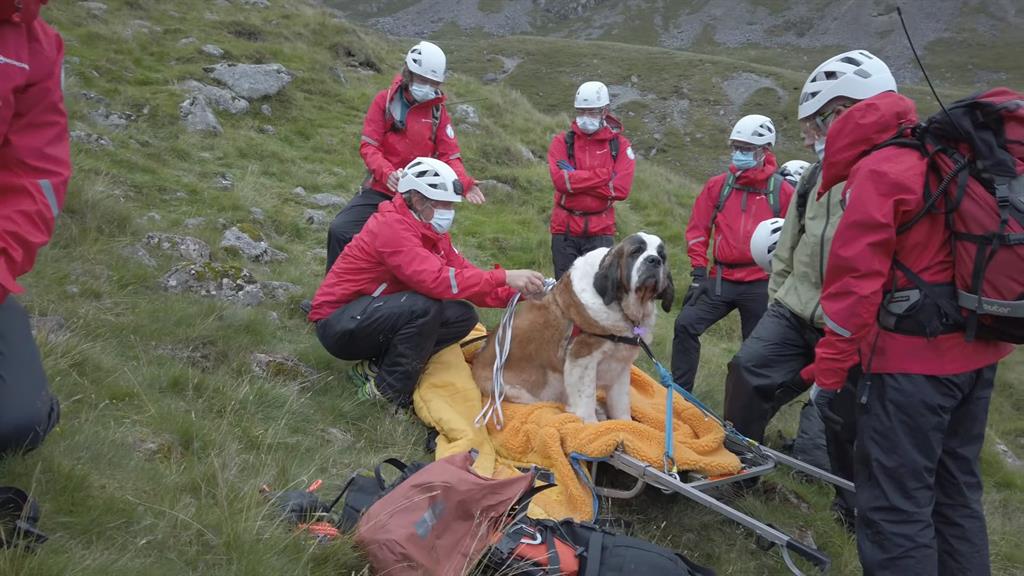 After seeking advice from vets and giving Daisy pain relief — plus ‘a little persuasion and plenty of treats’ — the team lifted their casualty off the mountain on a stretcher. She is now recovering. St Bernards were originally bred as rescue dogs in Switzerland. ‘She apparently feels embarrassed about letting down the image of her cousins bouncing across the Alpine snows,’ added the spokesman.