HARRY would be ‘heartbroken’ if he is forced to cut his ties with Britain for a different life, a source close to the prince has claimed.

But the duke feels he may have no choice after agreeing with Meghan that the couple need to redraw their relationship with the royal family, The Times reported.

‘Harry is under intense pressure to choose, it is sad,’ the paper was told. ‘He loves the Queen. He loves this country.

‘He loves all his military stuff and I think it will genuinely break his heart to leave. I don’t think that’s what he really wants. I think they want some halfway house.’

The source suggested Meghan is the driving force behind their demand for a change.

‘She wants to leave. She thinks, “It’s not working for me”.’

Both Harry and his wife have made clear their desire to remain in the royal family and to ‘carve out a progressive new role within it’.

‘I don’t think they want to turn their back on the family and this country, and definitely not the Queen,’ the source told the paper.

‘I think that would genuinely break Harry’s heart.’

Only jewels and horses as fans mock royal saga 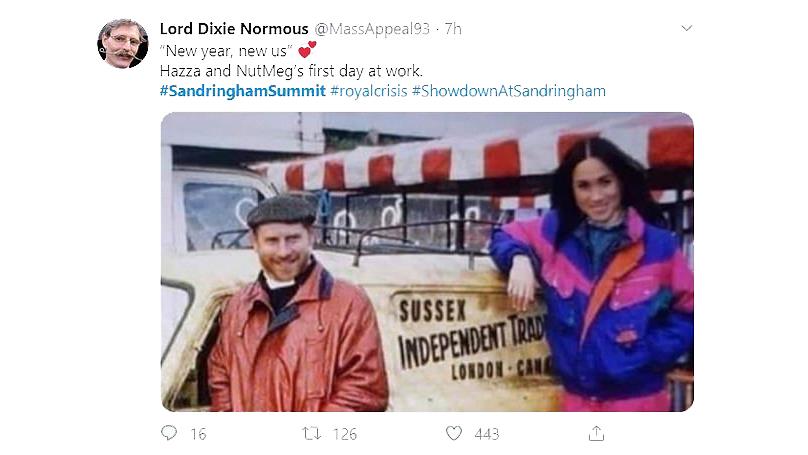 ROYAL fans have been poking fun at the Harry and Meghan saga in online jokes and memes.

In one, the couple appeared as Only Fools And Horses’ Del Boy and Rodney, with the duo’s famous Robin Reliant van branded with the name ‘Sussex Independent Traders’. 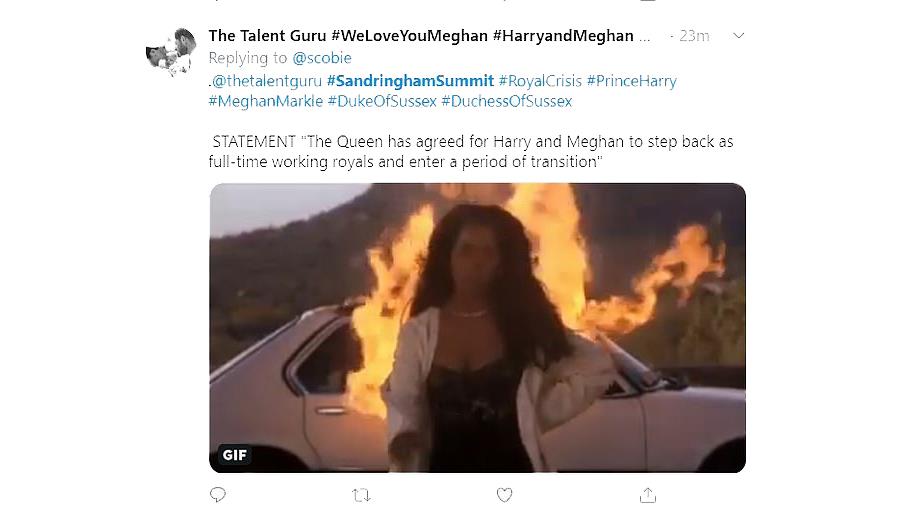 And a Twitter thread on the Sandringham summit featured a video clip of actress Angela Bassett vengefully setting fire to a car before sauntering away in the film Waiting To Exhale.