BESTSELLING author Peter James, the brains behind the hit Roy Grace detective novels, snapped up this stately Sussex home because it came with planning permission to construct an outbuilding. And eight years later, the six-bedroom Victorian property boasts a new addition — a separate office building for Peter that’s also a home for his personal museum of police memorabilia.

‘Wherever I travel in the world, I try to meet police officers to do research for my Roy Grace books,’ says Peter. ‘As a result, I’ve built up a huge collection of memorabilia.’

Peter’s most-prized items include a Victorian truncheon, a Russian police helmet, a Chinese police hat, uniforms from across the world and name badges belonging to the two former senior investigating officers that the Roy Grace books are based on.

‘I have a photograph of one of their Land Rovers on Pevensey beach,’ says Peter. ‘Only the top of the roof is visible. He parked it on the beach while he was investigating a murder and didn’t realise the tide was coming in. The collection also includes a pair of dentures I was given from a crime scene in the United States.’

Another rather macabre addition to Peter’s home is his skull room. ‘It started as a joke,’ says Peter. ‘Before I married my wife in 2015, we went on holiday to Mexico. It was during the Day Of The Dead celebrations and we thought it would be fun to have a Day Of The Dead-themed wedding.’

Peter had a glitterball made, in the shape of a skull and decorated all the guests’ tables with glass skulls. Now his friends regularly buy him skull-themed presents. 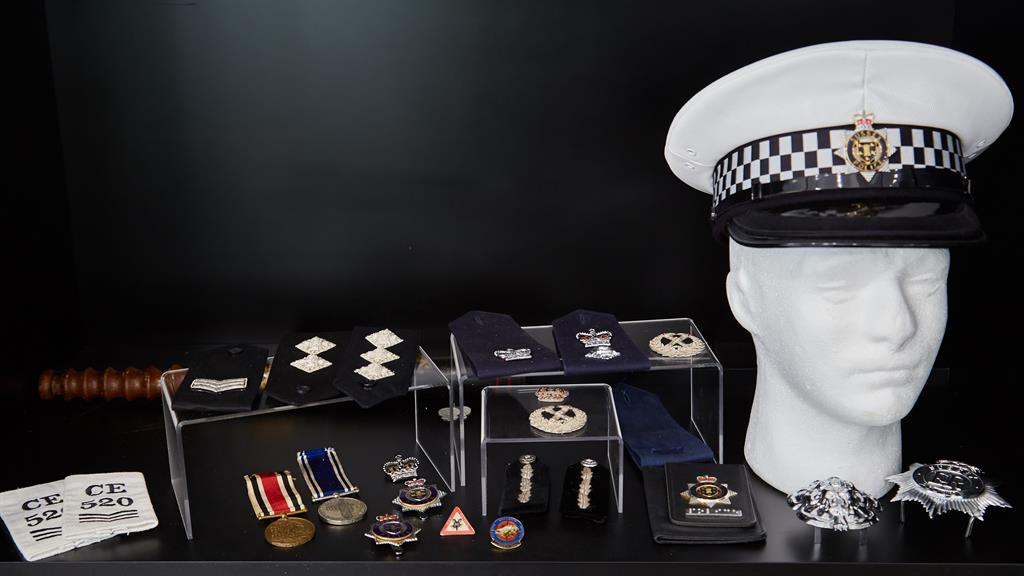 ‘We use it as our party room,’ says Peter. ‘We have lots of skull-themed things in there. And a bar. It’s where we do our entertaining.’

Peter’s favourite room is the library — home to a stuffed crocodile head and a pencil portrait of HG Wells. ‘It’s inspiring to see so many works by great authors, past and present. When I am struggling with a chapter I will look up and think, “They probably struggled, too, but they did it and their books are up there.”’ But Peter’s favourite aspect of his home is on the outside — the four-acre field where he keeps his five alpacas; Al Pacino, Fortescue, Jean Luc, Boris and Keith.

‘We stayed with some friends who had alpacas — they’re such beautiful, lovely natured creatures that I decided to get some myself. They’re incredibly grounding, especially when something terrible happens on the news. I go out there and hand-feed them. All they’re interested in is food and grazing. It’s wonderfully restful to be with these beautiful creatures.

‘They’re originally from Peru and they’re mountainous creatures, so if they live on grass, as most of them do in this country, they have to have their nails clipped. A couple of mine really don’t like it. And they don’t like rain. They’ll sleep out in snow, in minus-ten degrees, but any sign of rain and they run straight into their shelter.’

Peter owns two more unusual pets — a pair of emus he picked up on a trip to buy some extra ducks to add to his flock of Indian Runners. ‘They had these emu chicks that had just hatched,’ explains Peter. ‘They love grapes and blueberries.’

Unfortunately, they don’t sound as well behaved as the alpacas. ‘I was posing for a photograph with one of them when he pecked me and caught my nose in five places. It looked as if I’d done five rounds with Mike Tyson. But they are used to being around humans and I can put my arm around them and stroke them. The wild ones can be quite vicious but these are OK.’

The grounds also play host to an unusual decorative item — a classic race car that has been turned into a floral feature.

‘I race classic cars and my wife found a 1958 Austin A35 rusting in a field. She had it brought to the house and changed it into a floral display and gave it to me as a surprise birthday present. It makes me smile whenever I see it.’ 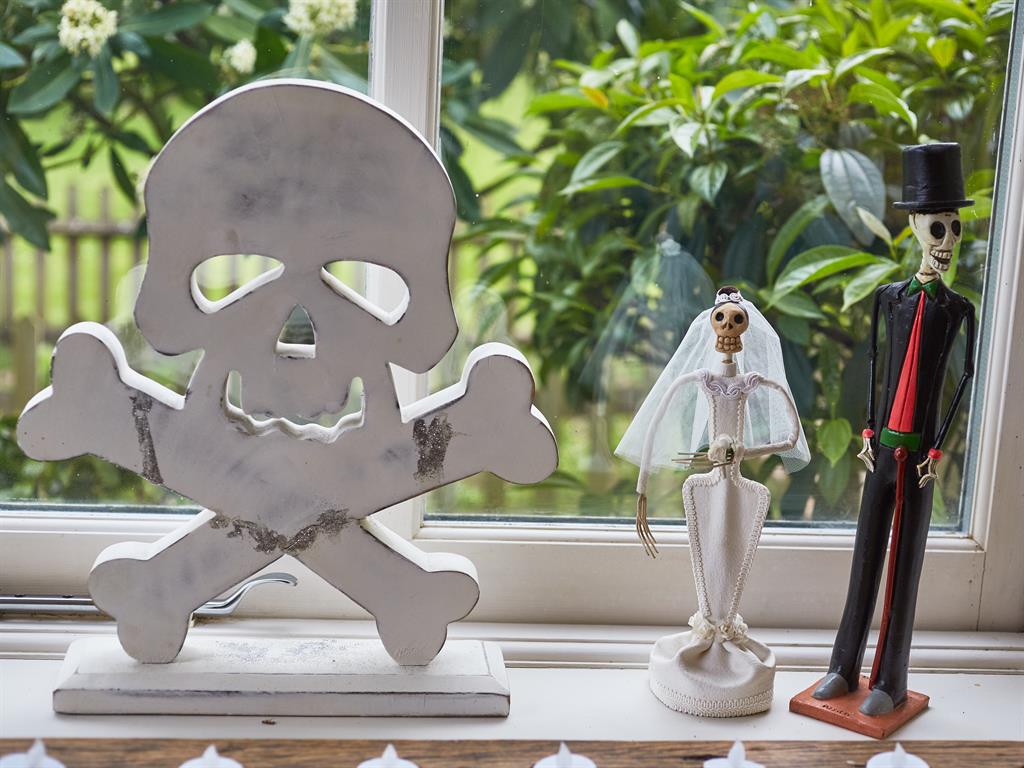 Peter has definitely put his stamp on his home, with his themed rooms and unusual pets, and has no plans to move any time soon. ‘It’s very important for me to keep a close relationship with Sussex Police for my books,’ he says.

‘I recently did a nine-hour shift with a response crew. I like going out with them several times a year, as the acronyms they use change so quickly and so does the technology.