THE rate of coronavirus infections across England and Wales appears to be slowing, new data suggests.

But while the infection rate has increased in recent weeks, ‘the rate of increase is less steep compared with previous weeks’, the ONS said.

Ruth Studley, head of analysis for the Covid-19 infection survey, said: ‘At a national level we are seeing infections slow across England and Wales but they are still increasing. 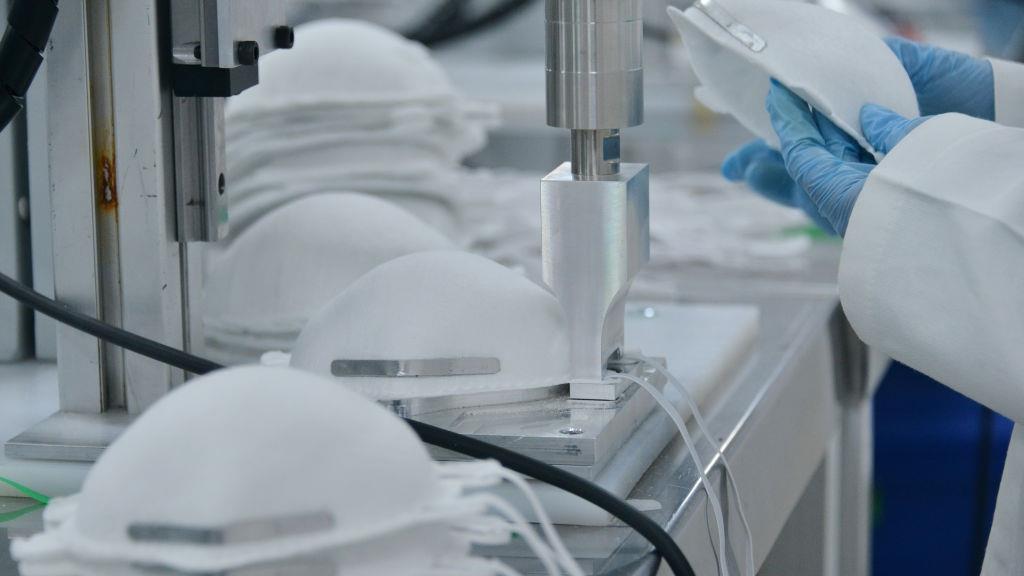 ‘Within England, every region apart from the north-east has shown increased levels of infection.

‘The level of infection in young adults and older teenagers appears to have levelled off recently.

‘However, they continue to be the most likely to be infected despite increases in all other age groups.’

When looking at new daily infections, the ONS said the rate across England appeared to have ‘stabilised’.

The figures do not include people staying in hospitals or care homes and are based on more than 689,000 swab tests gathered from across the UK in those with and without symptoms.

It comes as 64,170 deaths involving Covid-19 have now occurred in the UK, according to figures produced by statistical agencies.

■ The University Hospitals Birmingham NHS Foundation Trust (UHB) said the Queen Elizabeth Hospital had been forced to postpone all planned procedures after a sharp rise in Covid-19 and non-Covid-19 emergency cases. Some 359 hospital beds were occupied by coronavirus patients on November 3.

■ Denmark has been taken off the UK’s coronavirus travel corridor list, meaning anyone arriving in the UK from today will need to self-isolate for 14 days.

Meanwhile, the Scientific Advisory Group for Emergencies (Sage), which advises the government, today said the reproductive rate — the R value — of coronavirus transmission for the whole of the UK remained at between 1.1 and 1.3.

It added: ‘Sage is confident that the epidemic has continued to grow in England over recent weeks.

‘Although there is some evidence that the rate of growth in some parts of the country may be slowing, levels of disease are very high in these areas and significant levels of healthcare demand and mortality will persist until R is reduced to and remains well below 1 for an extended period of time.’

The Zoe Covid Symptom Study app, run by King’s College London, suggests there were 42,049 daily new symptomatic cases of Covid-19 in the UK on average over the two weeks to November 1 (excluding care homes).

Researchers behind that study said the UK R rate was currently 1.0, and 1.0 in England.

Tim Spector, professor of genetic epidemiology at King’s, said daily cases were falling in the north of England and Scotland, and cases overall were moving in the ‘right direction’.

He said they were a ‘positive sign that we have passed the peak of this second wave’, adding: ‘We urge everyone to respect the restrictions and help get the number of cases down as soon as possible to help the NHS, end the lockdown and get us in good shape for December.’

Earlier, James Naismith, professor of structural biology at Oxford University, told BBC Radio 4’s Today programme that NHS Test and Trace had made no difference to the spread of Covid-19.

Data shows the system reached 59.9 per cent of close contacts of people who tested positive for coronavirus in the week ending October 28.

Prof Naismith said: ‘It hasn’t been effective at all. The only ways we are currently able to control infection spreading are social restrictions.

‘Tracking and tracing hasn’t really made any difference to the spread of the epidemic.’

Commenting on the new ONS and King’s College data, Prof Naismith said they provided ‘evidence that the social restrictions prior to lockdown have had a real impact.

‘Should we be at or past the peak of infections, then I would not expect the death rate to exceed 1,000 a day for any prolonged period.

‘However, we are still very likely to face daily death tolls of 500 a day for a period in November.’

He said if next week’s data showed a similar stabilisation or reduction, ‘then we can be confident that the second wave has for now stabilised’.

The new national lockdown should also ‘bring a rapid decrease in the number of new infections’, he said.

Boris Johnson yesterday insisted that four weeks of national lockdown should be enough to drive down the spread of coronavirus so severe restrictions could be eased.

As England was plunged into a second shutdown, the prime minister acknowledged that many people were ‘anxious, weary and fed up’ but continued to express optimism that science would succeed in finding a way out of the crisis.

‘The number of shots that are currently raining down on the goal is very, very considerable from the scientists and the doctors, and one of them, I believe, is going to get through, and get through very soon,’ he said.

By Mr Johnson’s side, NHS England chief executive Sir Simon Stevens assured sceptics that the second wave of the pandemic ‘is real and serious’.

He said around 30,000 staff in the health service were either off with coronavirus or having to self-isolate, and ‘that has an impact’.