I’VE spent the last few days speaking to people in Westminster and trying to work out where on earth we are going to end up on Brexit.

One thing has become crystal clear: nobody has a bloody clue.

I’ve spoken to some insiders who believe a second referendum is inevitable, and others who think we are going to leave without a deal.

Some people think another election is a definite, others think Theresa May will cling on until the bitter end.

Some think we are heading towards the softest of soft Brexits — Norway-style — others think a Canada-style free trade agreement is most likely, and others believe we’ll end up on World Trade Organisation terms, a so-called ‘hard’ Brexit.

MPs are painfully split on Britain’s future relationship with the EU, and as a result there’s gridlock.

To be plain: there’s no majority for ANY of the options. And that’s a problem. The end of the track is fast approaching but the parliamentary vehicle is standing still.

A new prime minister would make little difference, as the numbers would be the same.

There’s no guarantee that a general election would make much difference either — it isn’t long since the last one and neither party has opened up a big lead in the polls. Both Labour and Tory MPs are divided on Brexit anyway.

So what’s my prediction?

If the politicians are unwilling or unable to sort out a solution, expect the civil service machine to step in.

I wouldn’t be at all surprised to see bureaucrats on either side get together and thrash out some kind of compromise deal just before we formally leave the EU next year.

Democratic? Hardly. But what’s the alternative?

But at least these two are talking… 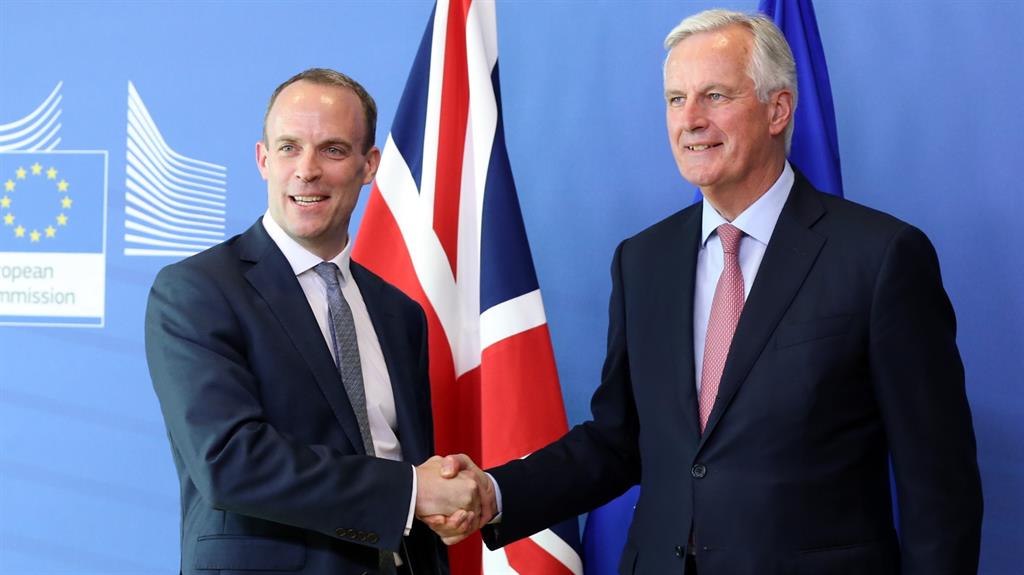 Ed has a ball grappling life outside of politics

IF YOU ever need a lesson in body confidence, check out Ed Balls in a leotard.

The former shadow chancellor is making a documentary about Donald Trump supporters and has certainly, er, thrown himself into it with this wrestling get-up.

Anyone else get the feeling he’s having way more fun outside of Westminster than he did as an MP?

When he was on Strictly Come Dancing his family warned him off wearing Lycra — so goodness knows how he got this outfit past his wife Yvette Cooper.

AS PARLIAMENT breaks for recess, Sophy Ridge On Sunday has also gone on summer holiday. August is always a dangerous month for party leaders. MPs may be away from the watchful eye of the whips but the WhatsApp groups are still buzzing. As universities minister Sam Gyimah told me, if Tory MPs gossiping about the leadership were drinking too much warm prosecco last summer, this year they will be downing something even stronger….