DAME VERA LYNN was back in the limelight for the last few months of her life as her inspiring lyrics became a source of comfort to many during the coronavirus pandemic.

The Queen echoed the wartime classic when she told a nation separated from families and friends: ‘We will meet again.’

Dame Vera said she herself had been buoyed by the Queen’s words. ‘I watched with the rest of the country and thought it was a great encouragement during these difficult times, but I wasn’t aware that Her Majesty would use the lyrics at the end of her speech,’ she told the Radio Times.

She also encouraged the British public to ‘rediscover that same spirit that saw us through the war’. 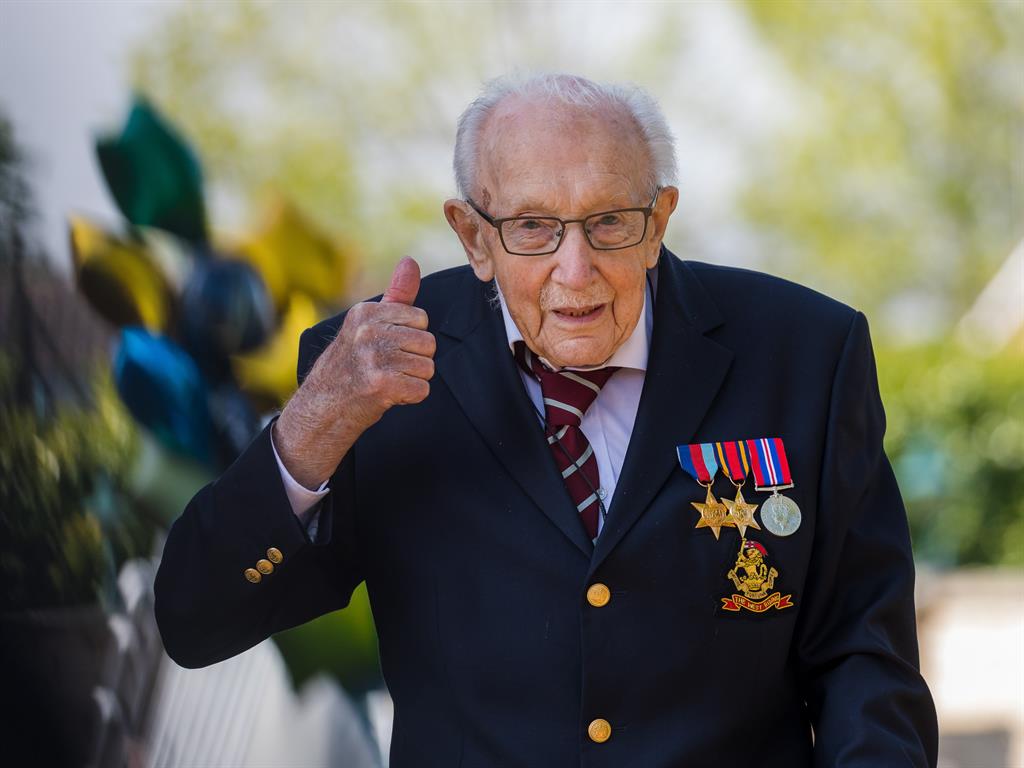 During VE Day celebrations in May, many socially distanced crowds were seen singing her signature song. Following the anniversary, she became the oldest artist to score a Top 40 album in the UK, with a collection of her greatest hits.

While in Burma to entertain troops during the war she met NHS fundraising hero Capt Sir Tom Moore (pictured). The 100-year-old said yesterday: ‘A real shame, I really thought Vera Lynn would live longer. She’s been speaking so well on TV recently.

‘She had a huge impact on me in Burma and remained important to me throughout my life. My thoughts are with Dame Vera Lynn’s family at this sad time.’

As she turned 103 in March, Dame Vera recorded a new voiceover, addressing coronavirus, for We’ll Meet Again. ‘We are facing a very challenging time, and many people are worried about the future,’ she said.

She and singer Katherine Jenkins released a duet of the anthem to raise money for workers on the pandemic front line. ‘Her emotive performances, whether home or abroad, then or now, helped to get us through,’ said Jenkins.