CAITLYN JENNER has told her ITV campmates that her Vanity Fair cover shoot was a four-letter rebuke to the people who were critical of her decision to transition gender.

And her I’m A Celebrity… Get Me Out Of Here! chums seemed to approve, with EastEnders star Jacqueline Jossa declaring Caitlyn had an ‘amazing amount of strength’.

The 70-year-old Olympic gold medallist, born Bruce, debuted her new identity in a corset on the cover of the magazine (pictured below) in June 2015. 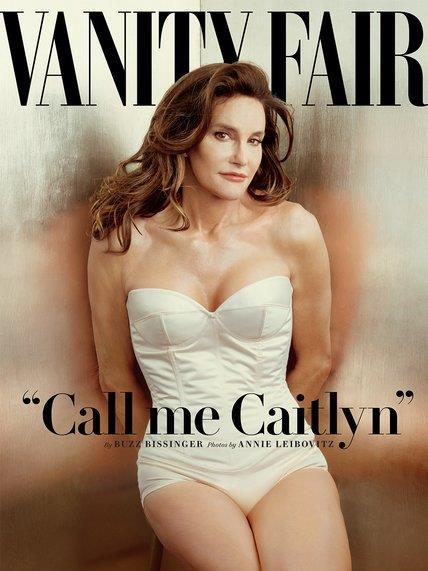 She said she had felt it was ‘extraordinarily important’ that she tried to make an impact on social media after coming out as transgender.

She told her campmates on the ITV show that the image had been a direct message to the ‘millions’ who had said ‘terrible things’ about her.

She said: ‘Transitioning and trying to make an impact [on] social media is extraordinarily important.

‘As soon as the cover of Vanity Fair broke, in the next four hours and one minute, it broke the world record for the fastest to one million followers on Twitter.’

Girls Aloud star Nadine Coyle, 34, said she remembered where she was on the day the cover was published.

Caitlyn added: ‘For me this was a big f*** you to the millions and millions of people out there that had said terrible things about me. And it just came out and it just shocked them.’

She also explained to Jacqueline how she had come to transition.

She said: ‘Over many, many years I had a lot [of surgery] but then near the end it went pretty quickly because you can do your face and your chest all at the same time, which they did.

‘Actually, for guys if they go on oestrogen, they will grow boobs OK.

‘And in my case I was on oestrogen back in the 80s and had a little 36/38B and then I met Kris and had them chopped off.’

She quipped: ‘I’m so confused in my life.’

‘And then the second time round, 25 years later, I was back on oestrogen obviously and they came back — some but not much.

‘So I really had to have them done so it is kind of past the point of no return.’

Caitlyn also compared Jacqueline to her daughter Kylie after the soap star bravely took on a Bushtucker Trial.

Later, Jacqueline said of Caitlyn: ‘I love the fact that she talks so openly and she feels like she can trust us and speak to us so openly, and she puts everything into perspective as well.’

She added that ‘the amount of strength that woman has is amazing’.

The latest episode of I’m A Celebrity saw Jacqueline and Ian Wright face a stomach-churning trial in which they had to clamber through tunnels filled with crickets, worms, toads and spiders.

I’m A Celebrity… Get Me Out Of Here! continues on ITV