A CHURCH warden accused of seducing two pensioners before murdering one and plotting to kill the second boasted ‘I think I will get away with most of it’ after his arrest, a court has heard.

Benjamin Field (pictured above), 28, had relationships with Peter Farquhar, 69, and 83-year-old Ann Moore-Martin in the Buckinghamshire village of Maids Moreton to scam them out of their savings and wills, it is claimed.

Police began investigating after the retired headmistress suffered a seizure and was admitted to hospital, where she confided in her niece about her relationship with Field.

After their arrest, Field and Smith were held in a police van where a recording device captured Field saying: ‘I think I will get away with most of it. The two major charges I am not worried about even slightly… they don’t have any evidence… if I’m wrong and they have evidence, I’m going to beat that and I’m going to distance myself.’

Prosecutor Oliver Saxby told Oxford crown court: ‘This is not the language of an innocent and credulous person but that of an arrogant and guilty person assuming they will be able to talk themselves out of it.’

Ms Moore-Martin died of natural causes in May 2017 before Field and Smith could carry out their alleged plan, but prosecutors claim former University of Buckingham lecturer Mr Farquhar died from suffocation in October 2015 after undergoing a gay ‘betrothal’ ceremony with Field. 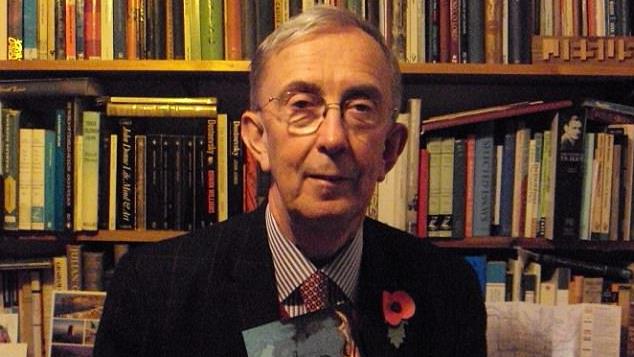 Field and Smith deny charges of murder, conspiracy to murder and possession of an article for use in fraud. Field, of Olney, Buckinghamshire, also denies an alternative charge of attempted murder. He has admitted fraud and burglary. Smith, of Redruth, Cornwall, denies two charges of fraud and one of burglary. Field’s brother Tom, 24, also of Olney, denies fraud. The trial continues.