AN ANIMAL rescuer has angered his neighbours by asking for permission to keep two lions in his back garden.

Reece Oliver saved seven-month-old cubs Rocky and Rora from a circus in the Czech Republic in February, and they live on his farm with two-year-old puma, Rogue.

But his specialised enclosure for the big cats in Strelley, Nottinghamshire, has been recommended for rejection after 14 people objected.

Neighbours raised fears the animals could threaten the safety of their pets.

Mr Oliver, who is licensed to keep wild animals, fears he will have to put the big cats to sleep. ‘It would be terrible, crushing, if I don’t get permission,’ he said. ‘It would be like someone taking my children away from me. I’ve had them since they were babies. I wouldn’t want to give them up.’

The 28-year-old says he has no intention of developing a zoo on his land or allowing public access to the animals. 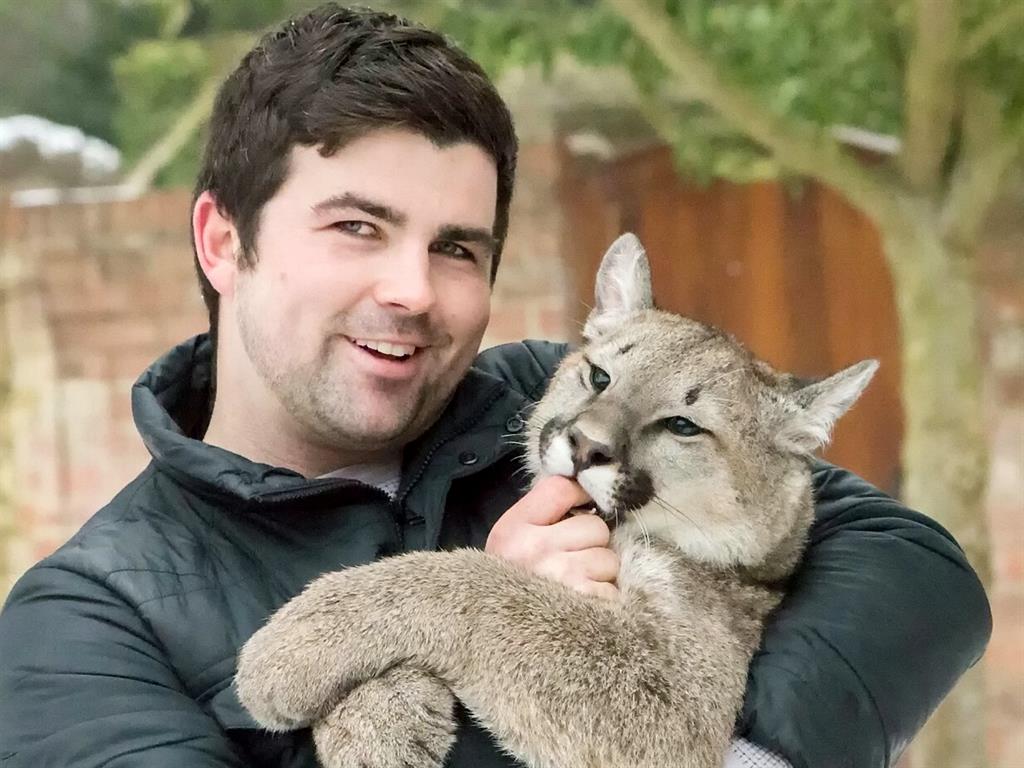 He and girlfriend Annie Hughes, 22, made the application regarding the 12ft high and 1,200sq ft shelter which is encased with metal mesh after the council told them the development requires planning permission.

But Broxtowe borough councillors have been urged to reject the ‘inappropriate development’. Council officers said: ‘It is considered that the size and design of the enclosure represents significant harm to the openness of the Green Belt and is not in keeping with the area.’

It said the harm to the Green Belt ‘is not outweighed’ by the special circumstances forwarded by Mr Oliver. It added: ‘The authority is not convinced that all other options for the safekeeping of the animals have been fully explored.’

Mr Oliver said if the application is rejected he will consider an appeal.