AT 4am in Ibiza, a gang of us are walking through San Antonio’s infamous West End district, feeling giddy. I watch a group of shirtless juiceheads tangling outside one of the neon bars, while a peddler hawks Ray-Bum sunglasses and Calvin Klone watches. A brunette offers one of my pals a ‘feel of my jugs’ for €10. A reasonable offer but he declines. If you get too distracted by the freaks in peak season, the pickpocket crews working the area will lift your wallet. Shoot too many Kalashnikov vodkas and they’ll be away with your Nike Airs.

But good times like these don’t last forever. This summer, the implementation of new noise legislation will force bars in Ibiza’s West End to close at 3am rather than 5am. Outdoor terraces must close at midnight, when most tourists are just heading out. Effectively, the West End is doomed.

While the new laws might seem unfair to local business owners, the West End’s imminent demise isn’t a surprise to me. After all, it was raised on a business model that no longer exists. Forty years ago, when San Antonio, on the west of the island, was first developing as a tourist resort, the West End was shaped on the caricatured image of British seaside towns like Blackpool, Southend and Skegness. I reckon it was a comfort thing — bacon sandwiches made us feel at home. Likewise the TV screens and the beer.

Then came the low-cost airlines, followed by the internet and the world suddenly became less frightening. Consequently, today’s tourist isn’t so insular. Moreover, the seaside towns that provided the original blueprint for Ibiza’s most infamous after-hours strip are now buzzing with Parisian cafés and Italian bistros. Yet 1,500 miles away in Ibiza, the West End remains frozen in time.

What’s more, today’s younger Ibiza crowds are largely driven by lifestyle aspirations. Twenty-somethings drink Grey Goose, not weird local spirits. The weekend millionaire culture, so prevalent in San Antonio, means kids are upgrading to VIP beds at outdoor dance music venues like Ibiza Rocks and Ocean Beach. Pub crawls are out and clubbing tourism is most definitely in, which is especially popular on the other side of the island in Ibiza Town and resorts like Playa d’En Bossa, where the VIPs prefer to hang out.

Outside the West End, San Antonio’s top party hubs — Ibiza Rocks, Café del Mar, Café Mambo and Ocean Beach — are offering what the tour operators never could: live gigs, elite DJ performances, celebrity appearances and MTV cameras — all way cooler than anything the booze-based tourism industry can offer. So although the noise legislation will be blamed for the West End’s eventual demise, in truth, the area will fail because the clientele who drink there don’t care enough to save it. Hopefully, the town council will start reinvesting in the area and San Antonio can then get the best rather than the worst out of the club kids. 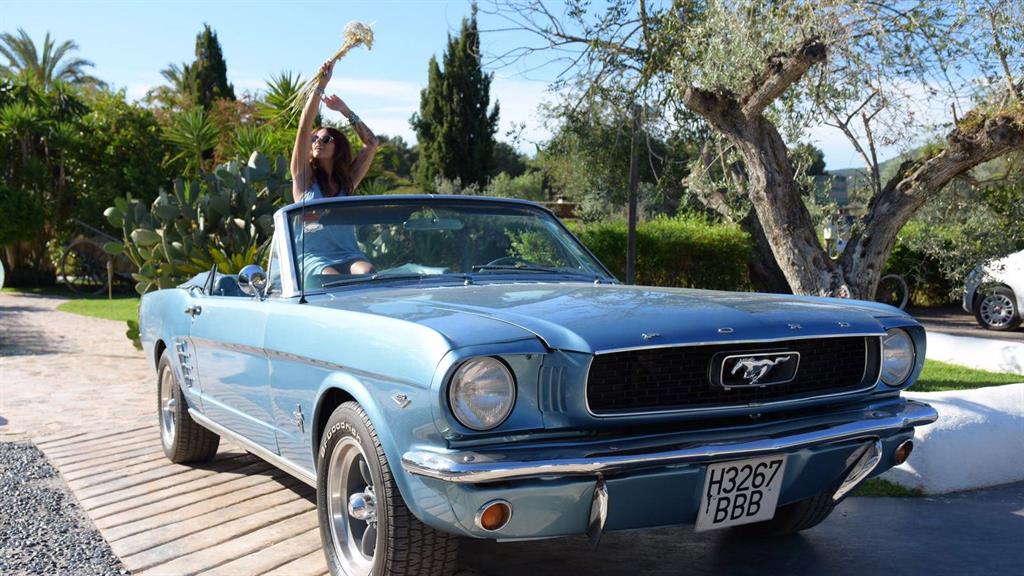 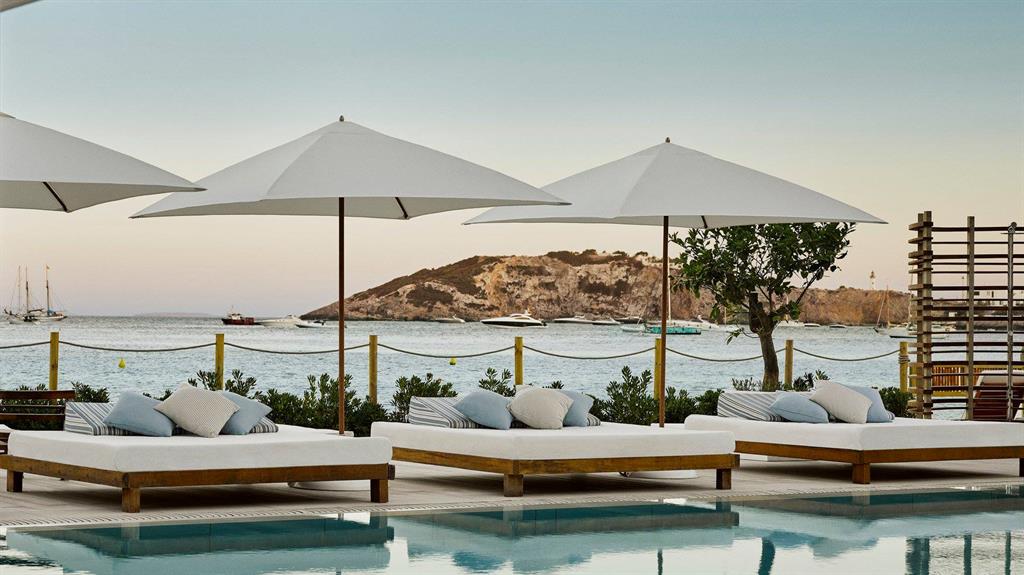 SINCE opening last year, the five-star Nobu Hotel Ibiza Bay — in the southern town of Talamanca and just staggering distance from Pacha — has become the favourite sleb haunt on the island.

Among those who have made a splash there is actress and Ibiza regular Jaime Winstone, who, while holidaying with partner James and toddler son Raymond, bumped into none other than David Hasselhoff of Baywatch fame by the poolside (where else?). 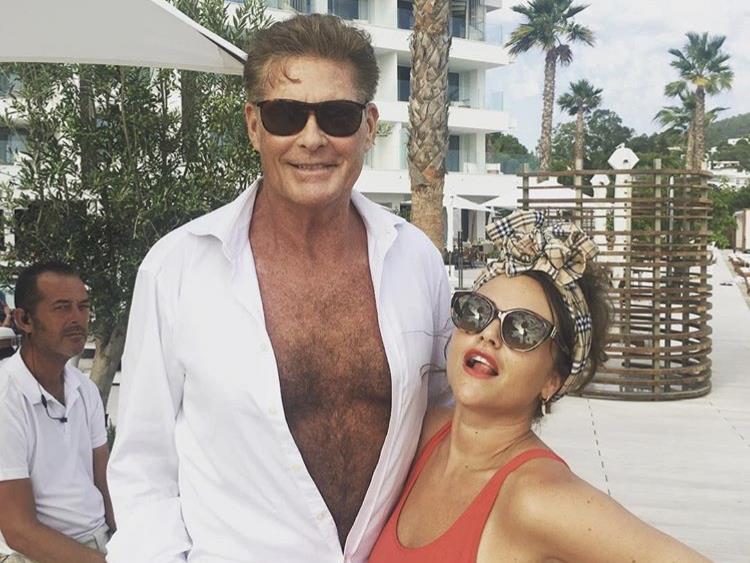 ‘I spot David Hasselhoff and, what’s more, I’m wearing a red swimsuit!’ the 33-year-old Love, Rosie star tells us. ‘The Hoff and I had met on a chat show so I grabbed — OK, chased — the opportunity for the ultimate selfie, encouraged entirely by my girlfriends who’ve joined usfor the day.’

And what was Jaime’s verdict of The Hoff? ‘I can confirm that he was gracious and still pretty hot.’

THe Hoff maybe hot but Nobu oozes, cool. The aesthetic is crisp and chic, it boasts three more restaurants alongside its signature Japanese one, there’s a spa, plus two private pools that overlook the Mediterranean. Slow-mo beachfront running is, of course, optional.