Manchester City and England defender Kyle Walker apologised over the weekend after he was reported to have hosted a party during the coronavirus pandemic.

Walker (below) said his ‘actions were in direct contrast to what I should have been doing regarding the lockdown’, with his apology coming a week after Jack Grealish was also caught breaking out.

The day after Walker’s apology, his club manager Pep Guardiola lost his mother to coronavirus, and Grimsby boss Holloway (pictured top) told talkSPORT: ‘First off I’d like to send my love and best wishes to Pep as he’s lost his mum. 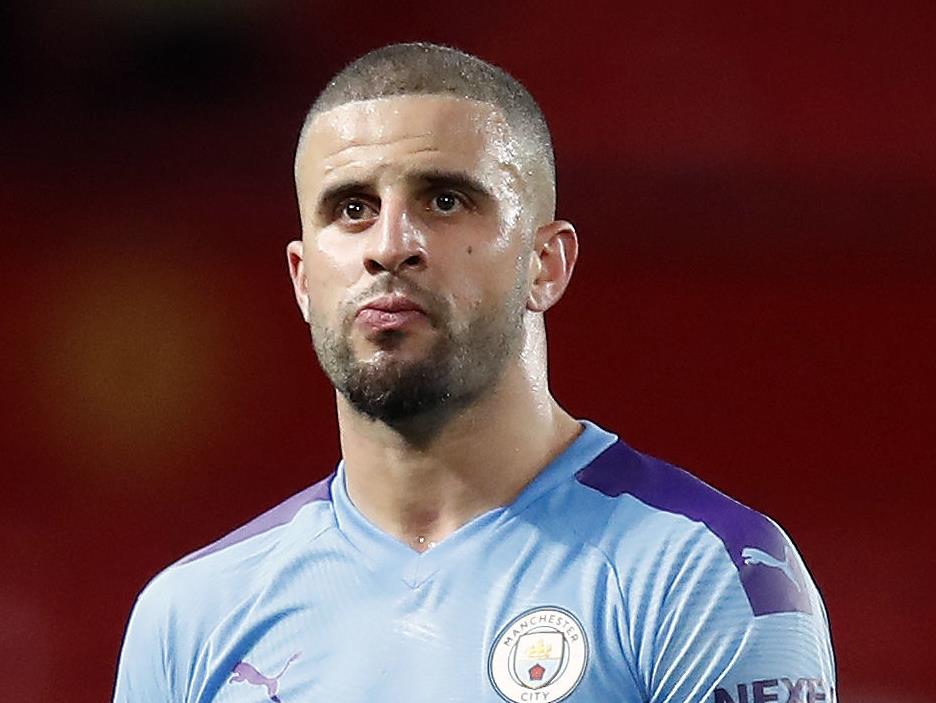 ‘The reality of that and then you have one of your players [Walker], it’s almost brainless. What on earth are you doing having a party like that? It’s bang out of order. I’d be looking to get him out of the club. That’s not right and it’s so irresponsible.

‘You end up believing in your hype and you think you can control the world.’

Asked if it should be the end of Walker’s England career, Holloway said: ‘Totally. It beggars belief. Where’s the discipline? Where’s the actual discipline?’

Holloway, who has given his League Two players a pre-season-style programme to follow during the lockdown, says the crisis shows the world has its priorities wrong.

‘It’s so disrespectful to generations and generations who fought for us, it’s all wrong,’ he said of those who continue to go out.

‘I think the world is upside down: the top money should not be paid to entertainers but the people keeping us safe on the frontline. And the government need to make sure these doctors and nurses are paid the top money so people want to do that for real.’