HUNDREDS of demonstrators descended on London’s Hyde Park yesterday to protest at the enforced wearing of face coverings. 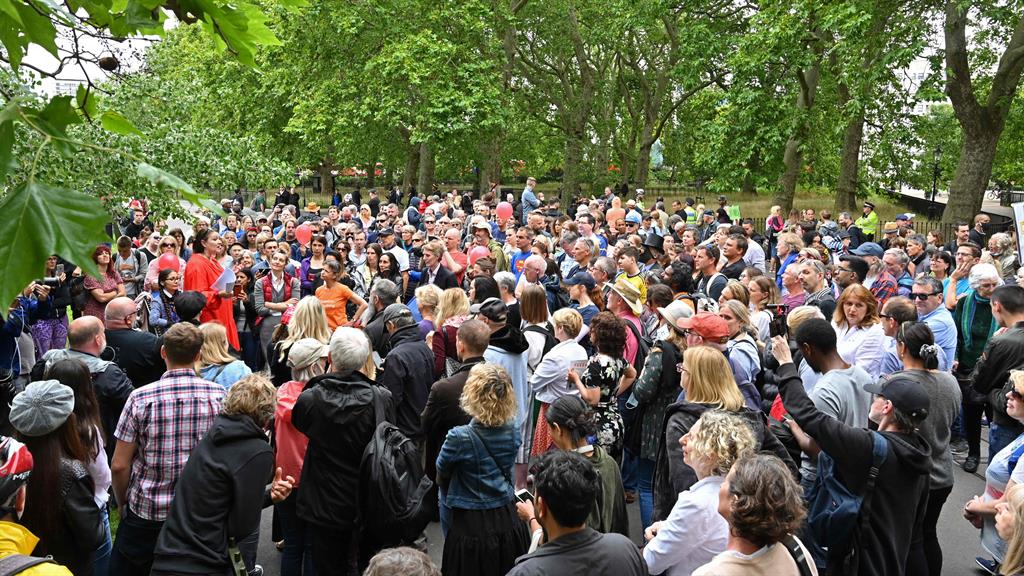 They began gathering for the Keep Britain Free march from 1pm. One man wore a plague mask, while another had on a vest saying: ‘Save human rights. No to 5G. No to vaccinations.’ 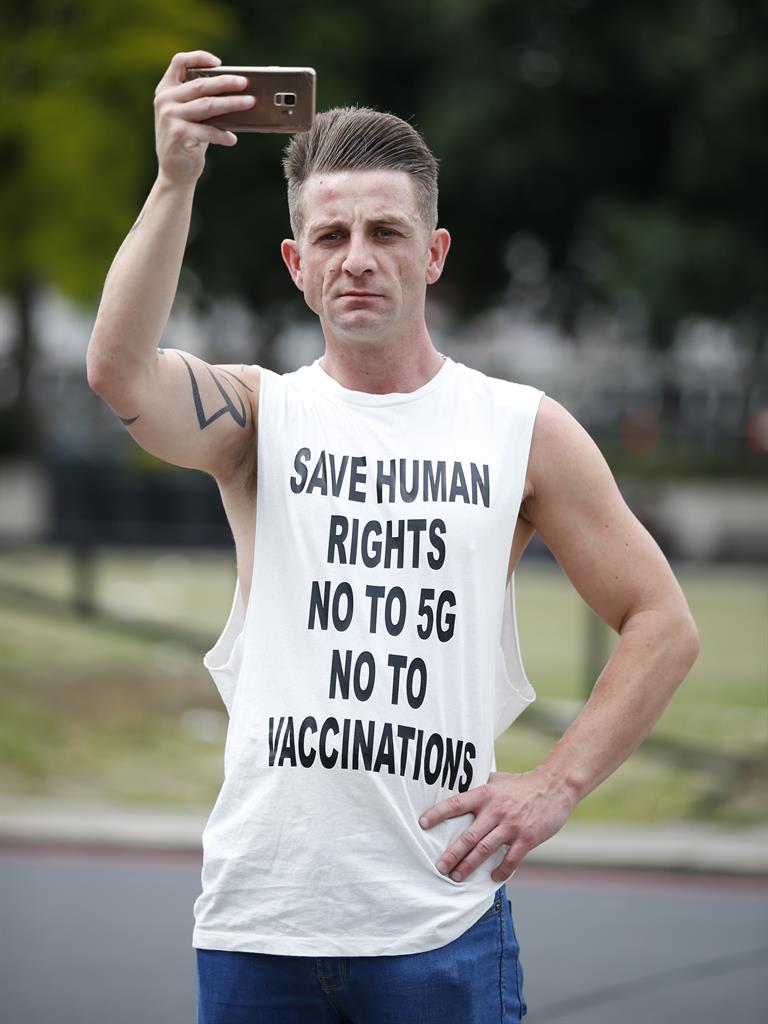 The protest was sparked by the government’s announcement that masks must be worn in shops from this Friday. Keep Britain Free’s website said it was ‘the last straw, following 16 weeks of liberty-sapping regulations and laws imposed during lockdown’. 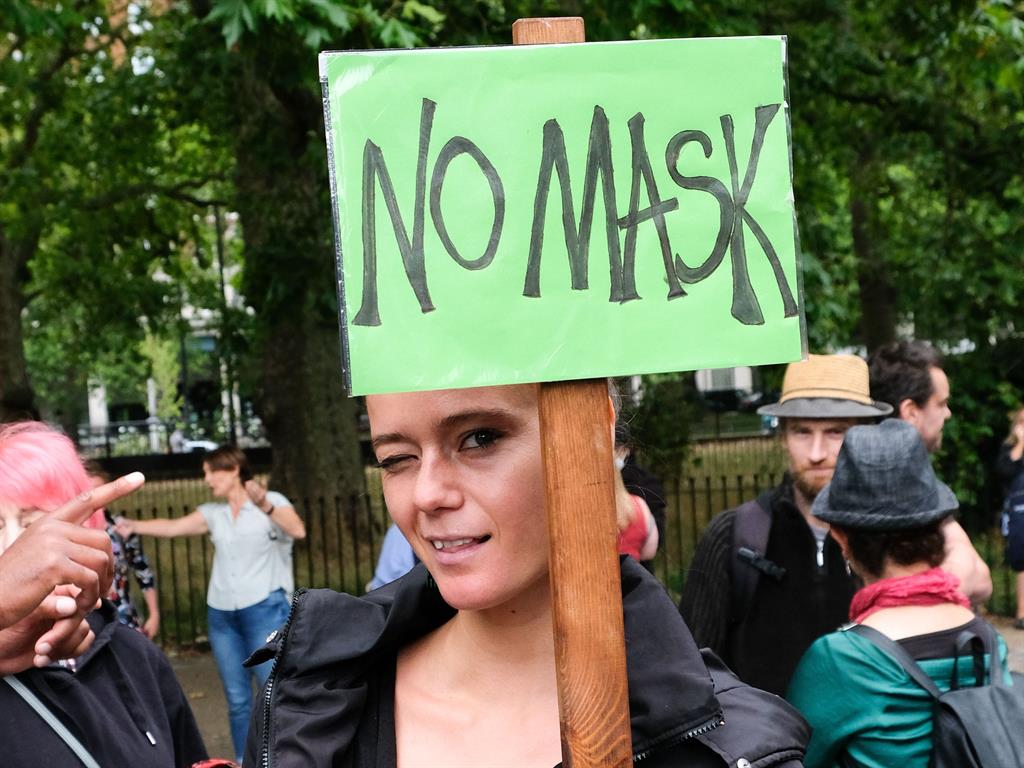 The gathering, which appeared not to observe social distancing, heard from speakers including journalist James Delingpole and psychotherapist and organiser Leah Butler-Smith.

Ms Butler-Smith told Sky News: ‘It is just the fact that people are being told they have no choice.’