THE BBC is to be investigated by a human rights watchdog over alleged pay discrimination against women.

Its pay practices will be examined by the Equality And Human Rights Commission (EHRC) following suspicions that female employees at the broadcaster are not receiving ‘equal pay for equal work’.

The move comes after MPs accused the BBC of tolerating an ‘invidious culture of discrimination’ against women on the payroll in the wake of the resignation of former China editor Carrie Gracie (pictured).

The EHRC will then decide whether the publicly funded corporation has acted unlawfully in its treatment of female staff.

It stated: ‘Following complaints that female employees were not being paid the same as men for equal work, the BBC has voluntarily provided us with a large amount of information about its pay policies and practices. After looking at all of the information, we suspect that some women at the organisation have not received equal pay for equal work.’

The EHRC added that it recognises the publicly funded broadcaster is ‘undertaking a programme of reform which includes changes to terms and conditions and pay practices’.

The BBC said: ‘Given the public focus on this important issue we understand why the commission is looking for assurance on equal pay and we welcome it.’

BBC director-general Tony Hall said he was ‘confident we are a decent and fair employer,’ adding: ‘If there’s more we can do, we will.’

Domino’s profits get sliced by 22 per cent 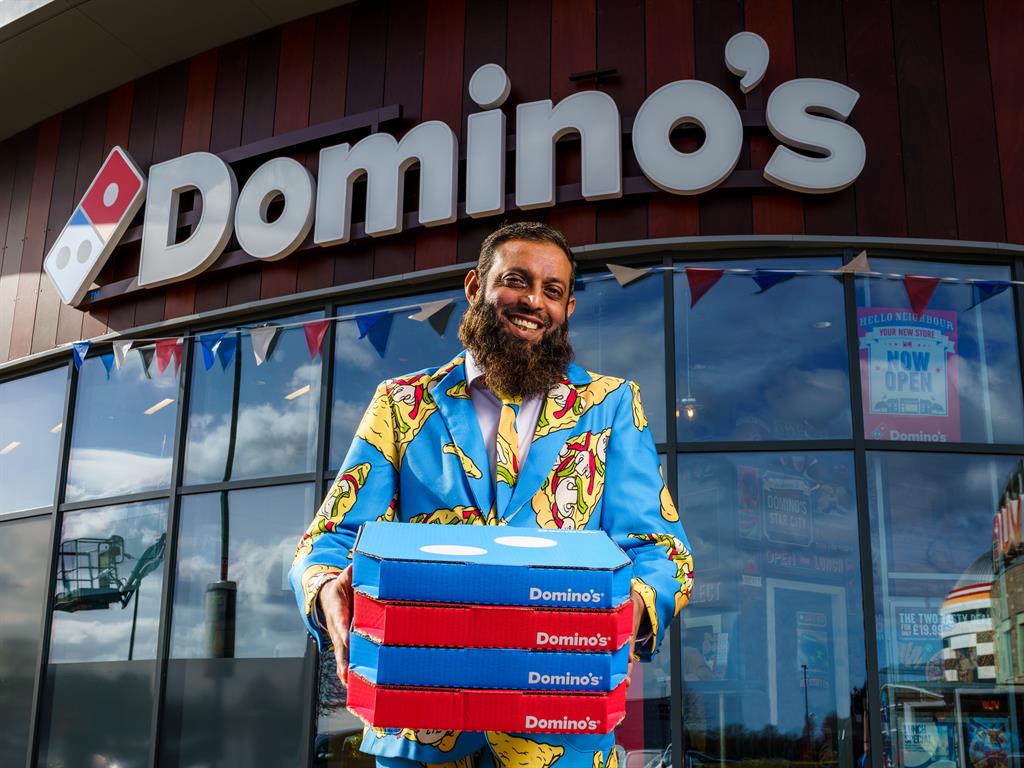 DOMINO’S Pizza has posted a 22 per cent drop in annual pre-tax profits to £61.9million amid a dispute with franchisees.

The pizza chain said the number of new stores is likely to be lower this year as it holds ‘ongoing discussions’ with operators facing rising costs. Domino’s first franchisee, Arshad Yasin (above) who opened an outlet in Luton 20 years ago, launched the chain’s 1,100th store — his 23rd — in the UK and Ireland in Birmingham on Monday.

It’s spud-ichnaya … a tasty vodka made of potatoes

A FARMING couple have found a (s)mashing use for their ‘wonky’ potatoes — they use them to make vodka.

Graeme Jarron, 38, and his wife Caroline Jarron, 36, began distilling the £36 a bottle Ogilvy Vodka at their farm in Angus, Scotland, as so many ‘ugly’ spuds did not sell.

Now they are preparing to open a £150,000 visitor centre at Scotland’s first potato vodka distillery, with tours starting on a vintage tractor and trailer.

‘We grow for supermarkets but you would be surprised at the high demand in evenly shaped potatoes,’ said Mr Carron.

Vegetables deemed too small, big or green are all rejected. ‘That’s why we thought we should use the wonky potatoes to make vodka and it has worked out great,’ he said.

■ MORE than 40,000 customers of defunct payday lender Wonga are seeking compensation for being sold unaffordable loans. Administrator Grant Thornton expects to receive even more claims via an online portal.

■ MOTHERCARE has agreed to sell its Early Learning Centre brand to toy retailer The Entertainer for up to £13.5million. The chain, which will shut 57 stores, said the deal will help it settle debt of £17.5million over the next year.

■ THE economy grew 0.5 per cent in January due to a recovery in services, construction and manufacturing. It bounced back from a 0.4 per cent fall in GDP in December, Office for National Statistics figures showed.

■ PRE-TAX profits at security firm G4S fell 63 per cent to £143million last year. It blamed the drop, from £387million in 2017, on a £100million lawsuit bill and £35million pension equalisation regulation charge.

■ FRENCH Connection returned to a modest profit last year although trading conditions remained ‘difficult’. The profit of £100,000 came after a £2.1million loss in 2017. Sales fell 6.8 per cent.