IN RECENT years vehicle theft has risen sharply, with the five years to 2019 witnessing a 48.7 per cent increase in the number of cars being stolen. Experts have linked this trend to falling police officer numbers, and the rising popularity of keyless entry and go systems. Research by a German motoring organisation, for example, tested the keyless systems of 237 different cars, and found only three were able to completely fend off a keyless attack,

But what exactly is keyless car theft, how is the industry working against it, and what can you do to protect yourself against it? We find out…

What is keyless theft?

The process criminals use to steal a car via keyless theft — also known as relay theft — is relatively simple, although some fairly hi-tech gadgets are needed to execute the crime. First, they buy a relay amplifier and a relay transmitter; these electronic gizmos can be purchased from the darker corners of the internet.

Next, they identify a house with a nice car parked outside and, by using these gadgets, can detect whether the car features keyless entry and start.

One criminal then stands by the car with his transmitter, while a second waves his amplifier around the perimeter of the house. If the car key is close enough the amplifier will detect its signal, amplify it and send it to the accomplice’s transmitter. 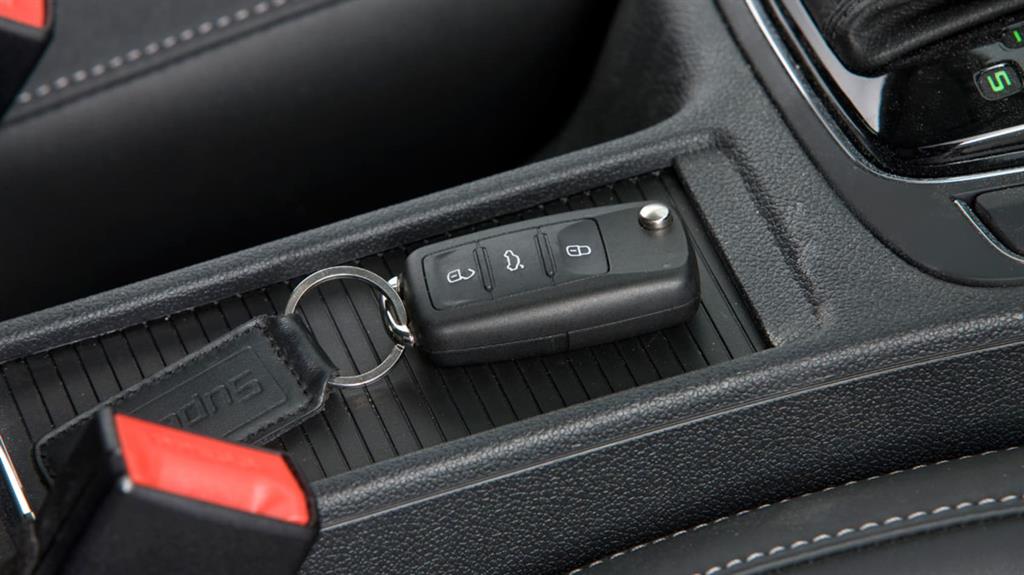 This transmitter then effectively becomes the key, and tricks the car into thinking the real key is nearby, whereupon the thieves are able to open the car, get in and drive away. The whole process can take as little as 60 seconds and can be completed in near silence and as for safety reasons the engine won’t just cut out when the key is out of range, there is very little to stop the thieves.

Richard Billyeald, chief technical officer at Thatcham Research, the UK insurance industry’s research body, said: ‘Our calculations suggest that one per cent of all cars on the road today have keyless entry systems, but this technology is trickling down from the premium sector to more affordable cars. Until recently, all keyless systems used the exact same technology, so they were all vulnerable.’

Clive Wain, head of police liaison at Tracker, a company that traces stolen cars, said police intelligence suggests keyless theft is linked to organised crime. ‘These criminals are very resourceful, moving from one commodity to the next,’ he explained. ‘Many are now aware of and have the technology at hand to steal cars, so they have diversified to the sector.’

According to Wain, authorities often have just hours to trace the car once it’s stolen. He said: ‘Many vehicles will be shipped to eastern Europe, while police have also found an increasing number of chop-shops where prestige cars are broken down for parts within hours.’

Richard Billyeald said the industry is also responding. He said: ‘Manufacturers are already working on new systems. A few new models already have set-ups that aren’t vulnerable to relay attacks. The functionality is the same, but they cannot be fooled by relay devices.’

Billyeald added Thatcham Research will be updating its New Vehicle Security Assessment (NVSA) test in the future. ‘There’ll be greater emphasis on vehicle security to take into account things like keyless theft,’ he said. The NVSA influences insurance group ratings and Billyeald said that brands that haven’t theft-proofed their systems could see their group ratings go up as a result.

Are keyless cars easier to steal?

This is the big question and, as always seems to be the case, there’s no straightforward answer. First, it’s important to understand what type of car we’re talking about. Some models have keyless entry that unlocks the doors when the key is close-by but still have a conventional key that is physically put in the ignition to start the car. The cars that are vulnerable to relay theft are those with ‘keyless entry and start’ that allows the owner to get in a drive away without ever taking the key out of their pocket.

Relay theft is nothing new so manufacturers and industry bodies have been working to combat it for a while. This means that even of the cars that do have keyless entry and start, the newer and more advanced models have systems designed to thwart the thieves. Some models are vulnerable, however, and thieves will target these but these cars still tend to be modern designs with modern security systems that can mean they’re harder to steal by conventional means than older cars that don’t have keyless entry systems of any kind.

The general improvement in car security in recent years had seen more car thieves resort to breaking into houses to get the keys for cars because taking the vehicle without the key had become so much more difficult. The rise in relay theft did something to halt this trend but there are still various ways that the committed car thief will try to get their hands on your vehicle. Some types of car are stolen more than others it’s hard to say with certainty whether one model of car with a certain type of technology is easier to steal overall than another. What you should always do is take every sensible precaution to ensure your car doesn’t fall victim to the thieves.

Keyless theft sounds almost like the perfect crime — but that doesn’t mean there aren’t steps you can take to stop it from happening to you. We spoke to some of the industry’s leading security experts to find out what you can do.

Owners shouldn’t forget to take standard security measures, ensuring their car is properly locked and keeping keys far away from doors and windows. This will minimise the chances a crook will be able to find and amplify the key’s signal and is general good practice, as it’ll prevent thieves from easily breaking in and swiping them. Barrs also says owners can keep their car keys in a metal tin to block signals.

Can you switch off your key?

Richard Billyeald advises owners to investigate whether it’s possible to switch their key’s signal off, as some offer this function — though it’s not always obvious, requiring a double button press or a combination of pushes on the key. Check your manual to find out if your key has this function, or ask your dealer if it the system can be disabled. 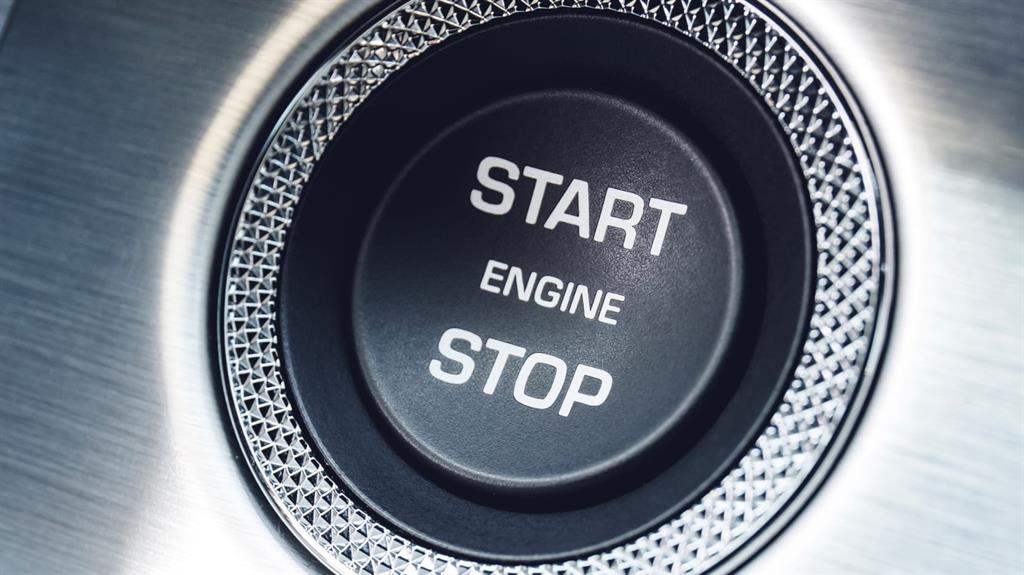 You could also purchase an aftermarket security device such as a steering wheel lock, a driveway parking post, or even a wheel clamp. Even if the thieves are able to access and start your car, these should prevent them from driving away — and many criminals will consider these too much hassle.

Tracker told Auto Express that vehicles fitted with its tech have a 96 per cent recovery rate when stolen. The odds reduce to 50 per cent for those without. Meaning a car tracking device is a excellent way to help ensure should the worst happen, your can is recovered.

Consider purchasing a Faraday pouch to keep your car key in. These pouches contain signal-blocking materials that stop your key transmitting its code, preventing crooks from being able to detect and amplify the signal.

But a Thatcham spokesman told us owners should be cautious about these bags: ‘We have tested a few of the pouches and the ones we’ve assessed have worked, but we can’t guarantee they all will. Some pouches have two pockets, for example, only one of which will block signals, while there are so many on the market it’s simply not possible for us to test them all.’

Thatcham’s Richard Billyeald said owners should, therefore, test whether a pouch they’ve purchased works by putting the key in it and ensuring the car doesn’t unlock when they stand next to it. He added, however, that ‘keyless entry is a convenience feature, so pouches and the like arguably remove the convenience such systems are designed to offer’.

Is there anything more you can do?

Other steps you can take to keep your car safe include checking if there are any software updates for the car itself and remaining vigilant for unusual activity in your area.

Carmakers themselves are working on counter-measures to combat the issue of keyless theft, with new frequency technologies, software and keys among the developments taking place. Richard Billyeald said: ‘If owners are worried about keyless theft, they can contact their dealer to see if the system can be disabled.’