WHEN Londoners Natalie Roberts and her husband, Steve, treated themselves to a weekend at Bury St Edmunds’ Christmas market they weren’t planning to buy a windmill.

It was 2007. They were looking for a business project that would take them, and Natalie’s mother Jean, out of London. But Steve was convinced that the property, which was for sale, complete with farmhouse, granary and derelict windmill, wasn’t it.

But two months later, in 2008, fate intervened. Jean was staying in nearby historic Lavenham and spotted the property back on the market.

‘We’d just flown back from New York and after she phoned us we drove like crazy from the airport to see it,’ Natalie says. ‘It’s earlier sale had just fallen through. We all looked at each other and said: ‘‘yes — we love this — let’s do it!’’ Eight weeks later we were in. I found myself with a new house and a new job all within two months. And, of course, the ruin of a windmill in the back garden.’

It wasn’t until 2013, however, after inheriting some money after the death of two grandparents, that they decided to tackle the windmill.

Built in 1891 and used for only nine years, it was derelict, with no sails, no internal workings, no internal floors and rotting windows.

Today, with the help of local architects, Ruth and Craig from Beech Architects, and a host of local builders and craftsmen, The Windmill Suffolk has been transformed into luxury, and unique, five-star holiday accommodation that features in Condé Naste guides.

A triumph of a holiday house, it’s also picked up a raft of architectural and tourism awards. 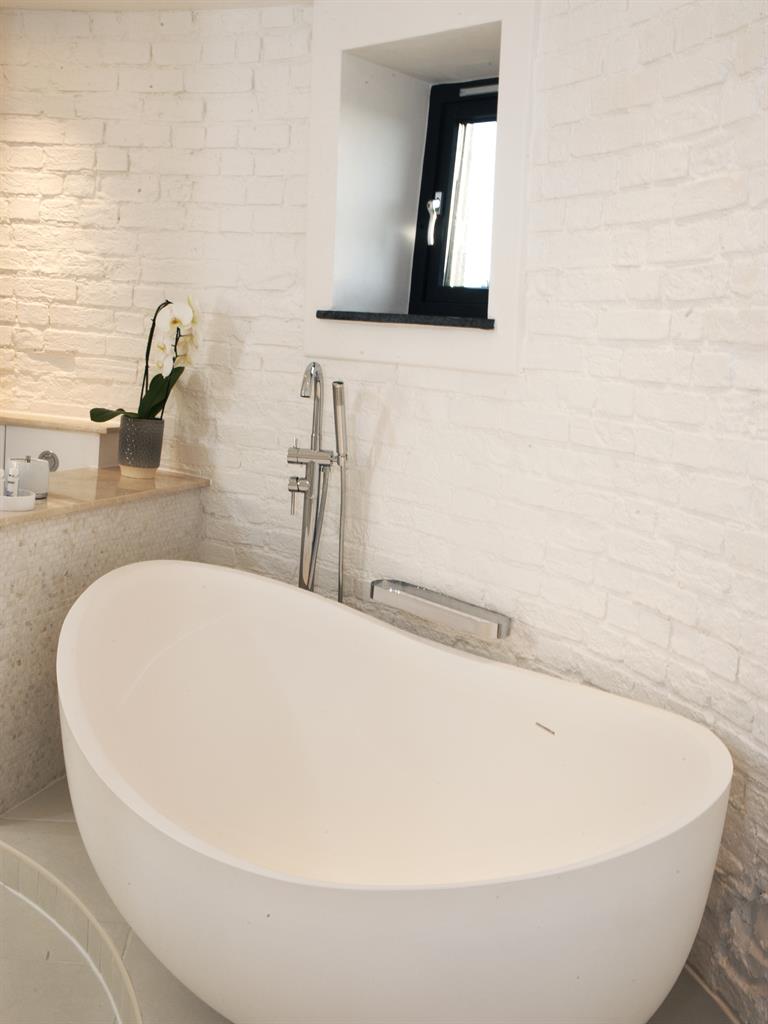 Spread over five floors — linked by 49 steps on a sweeping internal staircase — it features two double-bedrooms, each with a curved super-kingsize bed, a glorious bathroom with a wave-shape freestanding bath and a double shower which has unimpeded views across the countryside.

The coup has to be the gleaming zinc-covered pod atop of the original building. It makes up the fabulous circular living room — with two lofty viewing areas across the countryside to the east and west (perfect for sunrise and sunset).

As you approach from the road, the 60-ft tall windmill looks rather like a huge, friendly alien.

Inside the pod, however, under the arched and panelled wooden roof, it looks like the ribbed hull of an upturned ship. The plush grey velvet sofas wind themselves around the room and even the TV screen is curved. There’s a wine cooler and a telescope to watch the stars. It doesn’t get much better than this. 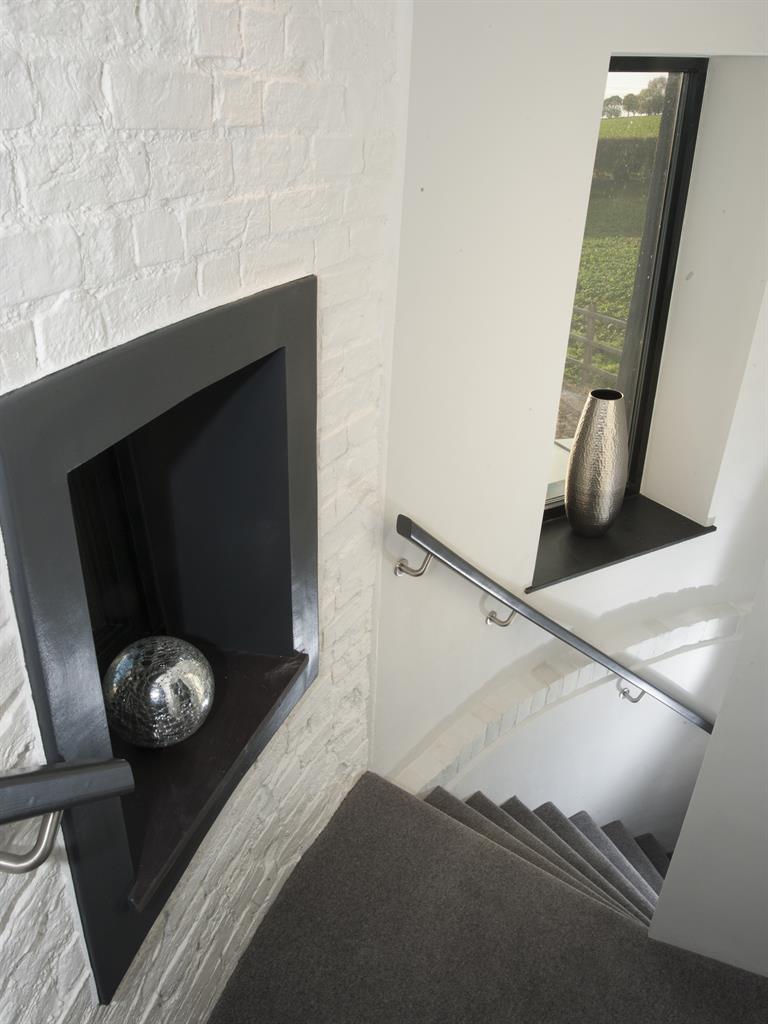 This is really less a refurbishment than an extraordinary reincarnation. Every piece of furniture — from the banquette in the large downstairs kitchen (with glass doors to a private patio) to the sofas and beds — is bespoke; made and installed on site to accommodate the curves of the building. It also has all-singing, all-dancing mod cons including underfloor heating, state-of-the-art kitchen appliances, a keyless front door and Sensurround speakers in most rooms.

The pod is an incredible feat of labour and engineering: each piece of wood and every panel of zinc had to be winched up from the ground, before being cut by hand and installed in the room. The curved bath was a challenge as well. It took five men half a day to get it up the stairs to its home on the second floor.

‘Transforming the windmill has really been a life-changing project,’ explains Natalie, who has since given up her job as an office and account manager to run the business. ‘When we decided we were going to make it luxury high-end holiday accommodation, Steve gave up his job as a senior electrical estimator to work on it with two local builders. He thought it would take six months. It has taken two years.

‘The greatest challenge was that the whole building is round. Almost everything had to be built and installed in situ’

‘The greatest challenge was that the whole building is round. Almost everything had to be built and installed in situ. Even the bed head panels had to be curved to fit snugly against the curved wall.’

Where possible, everything has been locally sourced or produced — from the slate, cut by Steve to form the windowsills, to the apple juice (Maynard House orchards, two miles down the road), the jam (Tiptree in east Anglia) and other goodies provided by Natalie for guests. All the wood in the building came from a nearby joinery shop (A J Joinery).

Natalie worked with Steve on the project and insisted on built-in wardrobes and full-length mirrors. But she has also turned out to be an extremely efficient concierge — referring guests to local restaurants, fishing and horse riding areas and sourcing requests ranging from fine wine to flowers. She recently set up The Windmill with 300 electric candles, rose petals and champagne to provide the perfect atmosphere for a romantic marriage proposal.

The biggest surprise about her new life, however, is how little Natalie misses London. ‘I was such a London girl,’ she says. ‘Everyone thought I wouldn’t last out here. But they’ve been very supportive. I think they’re happy, like us, that we’re bringing more people to this glorious part of Suffolk. It feels like it has always meant to be.’