■ Today’s pre-flight safety videos are star-studded, arty, funny and even eco-conscious — but do they get the important message across?

On a recent flight, I sat next to a fellow travel journalist of the older vintage. ‘I never watch safety videos,’ he admitted as one started playing. ‘They’re all the same.’

Well, that’s not true. The truth is, airline safety vids have soared in snazziness during the past decade. Partly that’s to hold our ever-dwindling attention spans: a 2015 study revealed air passengers retain only about 50 per cent of what they hear in safety briefings.

Then there’s the chance of mass-marketing oomph. Thanks to the internet, such videos’ influence is no longer consigned to cabins. Collectively, for instance, Air New Zealand’s funnies have surpassed 100 million views (youtube.com/airnewzealand).

Virgin America started it all in 2007 with a punkish cartoon. A hipster nun stows electronic devices while a scoffing buffalo refuses to pay heed at all. ‘For the 0.0001 per cent of you who have never operated a seatbelt before,’ drawls the cutely sarcastic narrator, ‘it works like this…’ 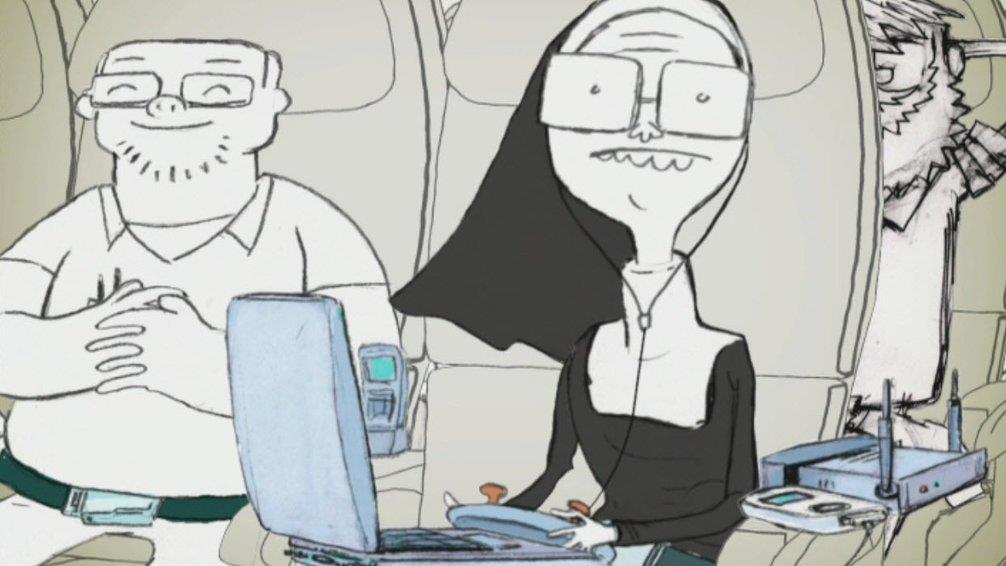 The creativity has flowed ever since. I remember explaining who Lionel Messi was to a perplexed girlfriend after we’d watched Qatar Airways and FC Barcelona’s combined 2015 effort. Then, also from Air New Zealand, came the glossiest offering of them all. Set on Middle-earth and estimated to have cost over £1 million, The Most Epic Safety Video Ever Made starred orcs, wizards and even Lord Of The Rings supremo Peter Jackson himself.

My favourite is Air France’s current demo, which sees five sailor-shirted females playfully demonstrate procedures in Vogue-style poses. I recall half of a Tokyo-bound plane LOLing at voice-over lines like: ‘Your seatbelt must be securely fastened; it will elegantly highlight your waistline.’

In typifying oh-so-Gallic chic, the broadcast cleverly reinforces Air France’s brand identity. Better yet, it was so fun and fresh, I couldn’t wait to rewatch it on my journey home. Imagine that: looking forward to a safety video.

Air France’s film excels because it strikes the perfect balance between enjoyment and instruction. This is getting rare. In prioritising watchability, I worry the videos are negating their original criterion: the security of fliers.

Watch Air New Zealand’s and see what your takeaways are. Mine were: penguins, Adrian Grenier, ice-core samples, penguins, climate change, penguins and, hmm… something about a brace position? Nope, can’t remember.