HONG KONG’S leader has warned that the Chinese military could step in if the uprising she faces ‘becomes too bad’.

Carrie Lam (below) said that after four months of escalating violence the protests in the territory were no longer ‘a peaceful movement for democracy’.

A request for Beijing to intervene is provided for in Hong Kong’s constitution but she said she could not reveal under what circumstances she would seek such help. ‘I still strongly feel that we should find the solutions ourselves,’ Ms Lam told a news conference.

‘But if the situation becomes so bad, then no options could be ruled out.’ 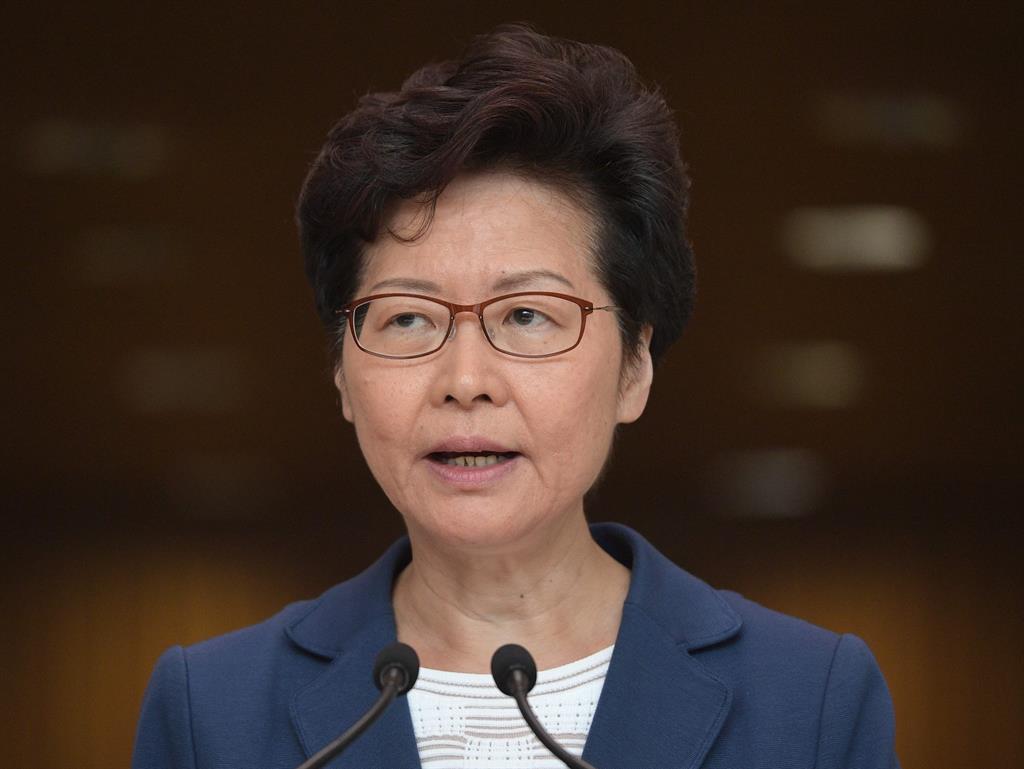 Earlier this week, the entrance to Mong Kok underground station was attacked and a fire was lit in a lift.

And a protester briefly hijacked an excavator in an attempt to dig up a road in Wan Chai.

The unrest has battered tourism and businesses in Hong Kong, further denting the city’s economy amid the ongoing US-China trade war.

US president Donald Trump urged his Chinese counterpart Xi Jinping to ensure a ‘humane solution’ to the crisis.

He warned any ‘bad’ outcome could hurt trade talks, ahead of negotiations in Washington tomorrow.

Last week, officers fired while under attack from protesters, wounding two teenagers — the first victims of police gunfire since the protests started in June.

Ms Lam invoked a colonial-era emergency law to criminalise the wearing of masks at rallies. It fuelled more anger, with continuous violence witnessed over the weekend.

Ms Lam said it was ‘too early’ to brand enforcement of the mask ban a failure.