BORED families are getting all arty and recreating famous works in their own homes — using nude husbands, pets and ponds as props. 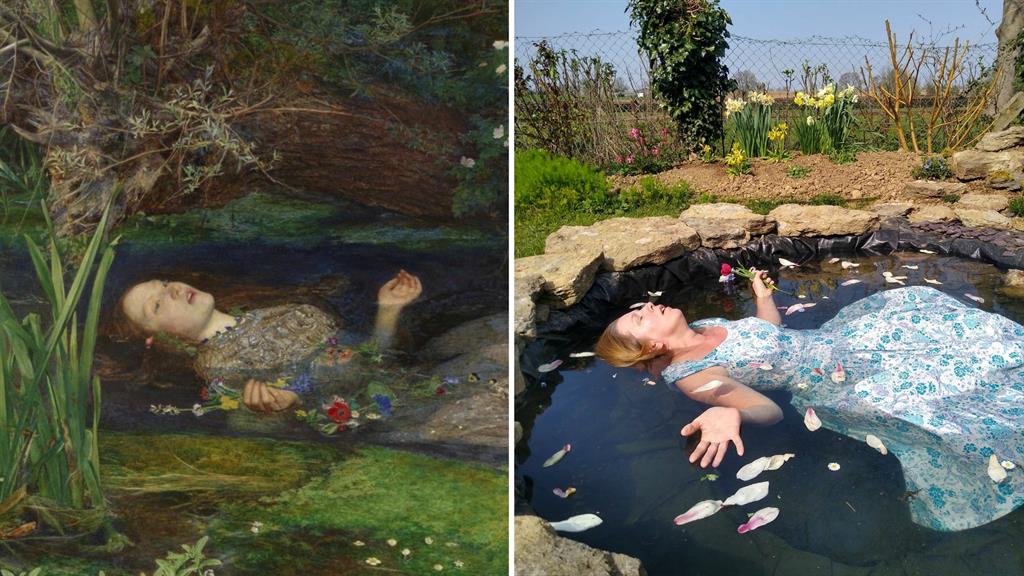 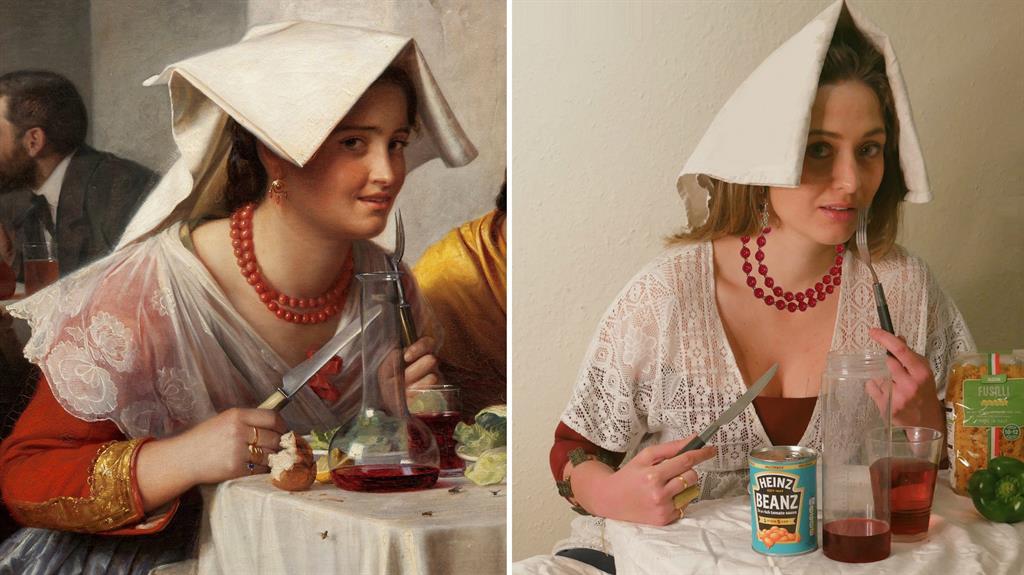 And Elanor Barnett, 27, copied In A Roman Osteria by Carl Bloch in Cambridge using lockdown staples of baked beans and pasta.

Evgeniy Demianenko got togged up in Russia as The Ugly Duchess by Quentin Matsys (top). 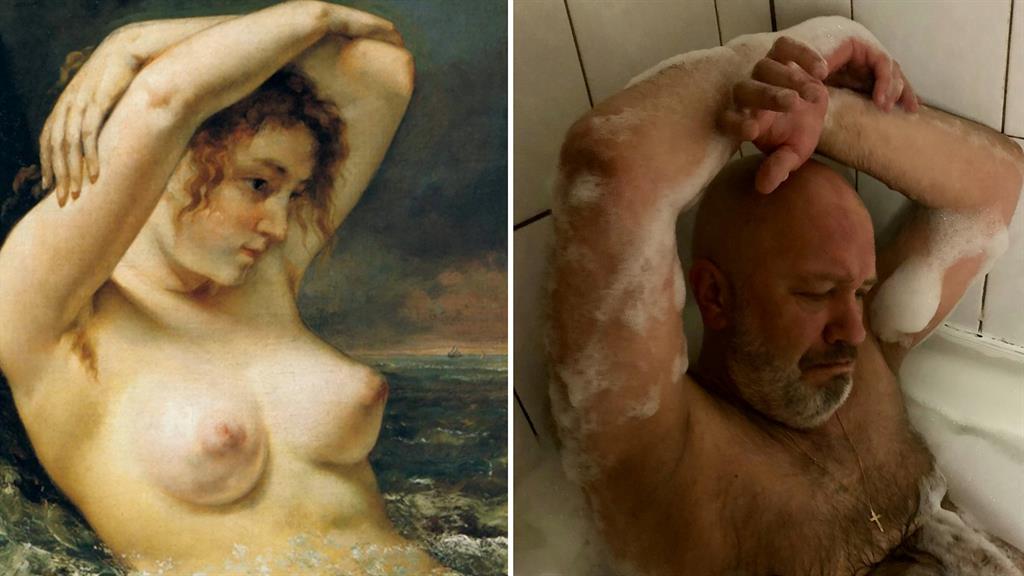 Moscow-based Ilya Sirin, 48, remastered, after a fashion, Gustave Courbet’s The Woman In The Waves by posing in the bath.

His wife, photographer Anna, said: ‘Both of us love art. In April we had planned a trip to St Petersburg and a trip to the Hermitage, but as you can see, all the plans had to be postponed for better times.’ 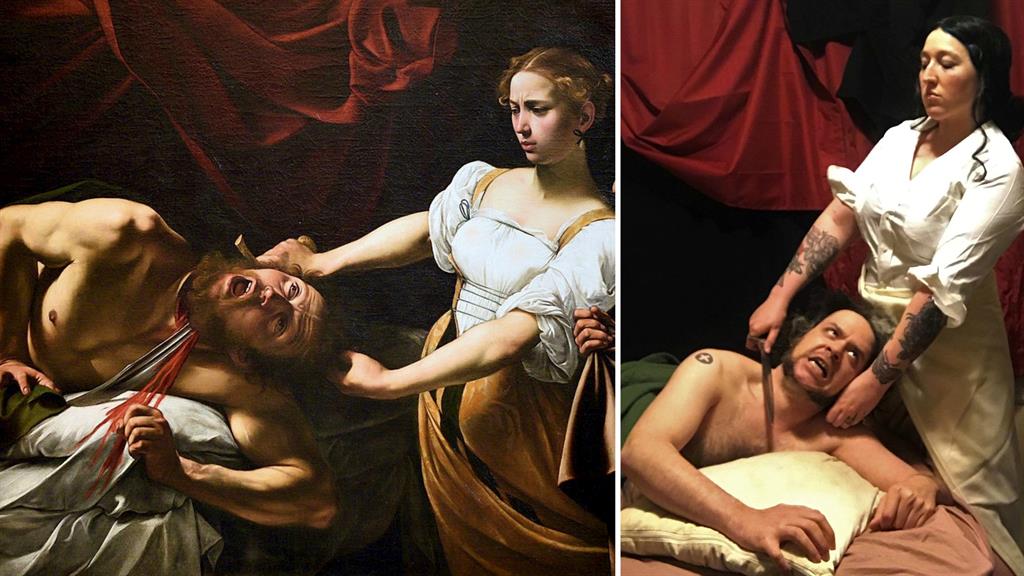 In Massachusetts, US, Erica Stockwell-Alpert and Alex deVillers posed as Caravaggio’s Judith Beheading Holofernes, utilising a kitchen knife and bedsheets. 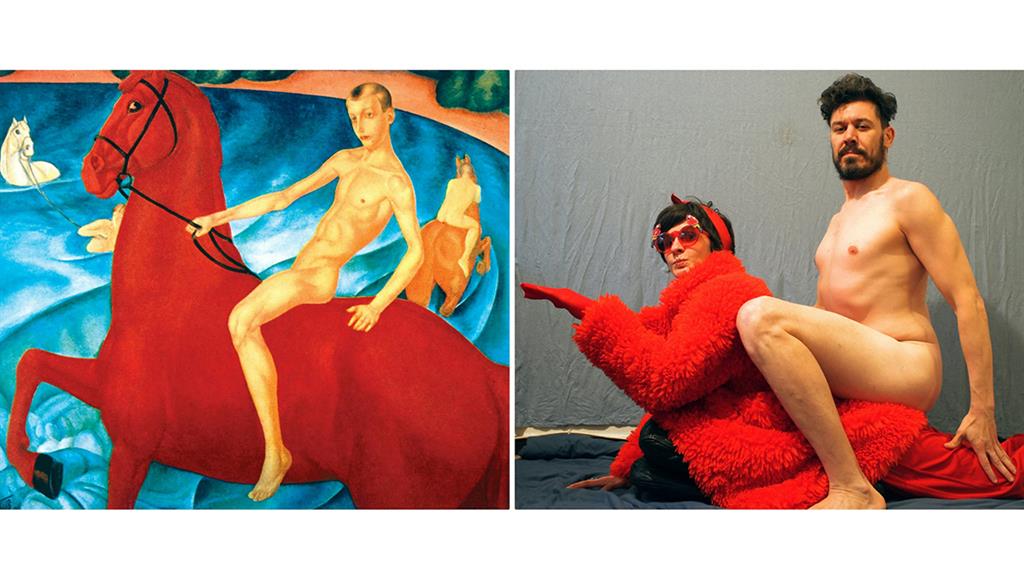 Dimitry Apter and Lily Dau saucily imitated Kuzma Petrov-Vodkin’s Bathing Of A Red Horse — Dimitry in the buff as his wife posed in red faux fur. 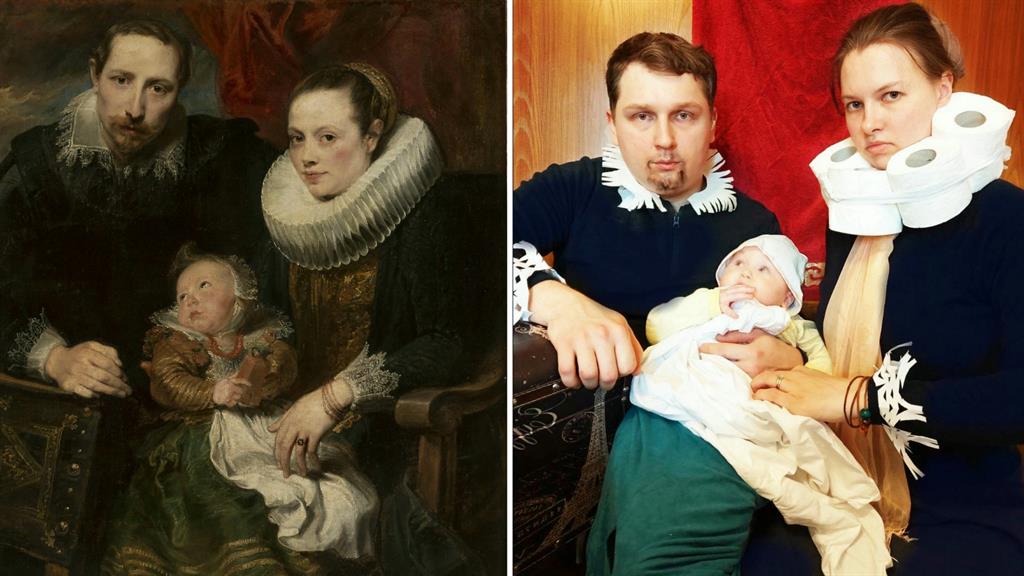 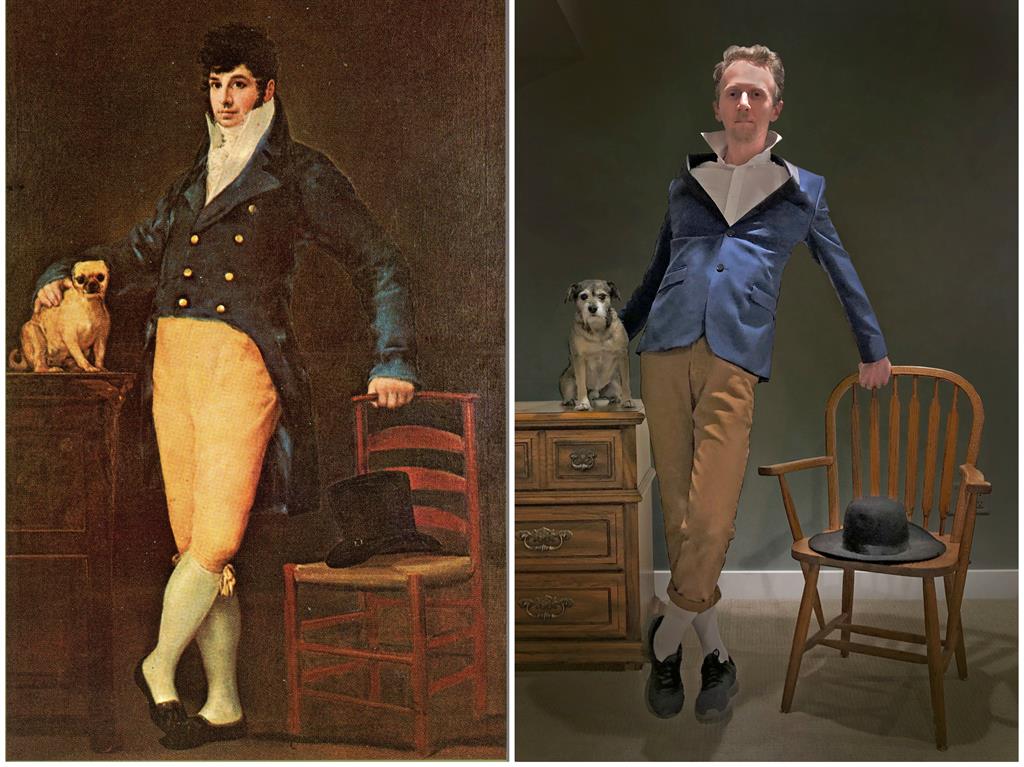 Some joined The Getty Museum challenge in which participants were encouraged to pick their favourite artwork and recreate it using three items in their home. 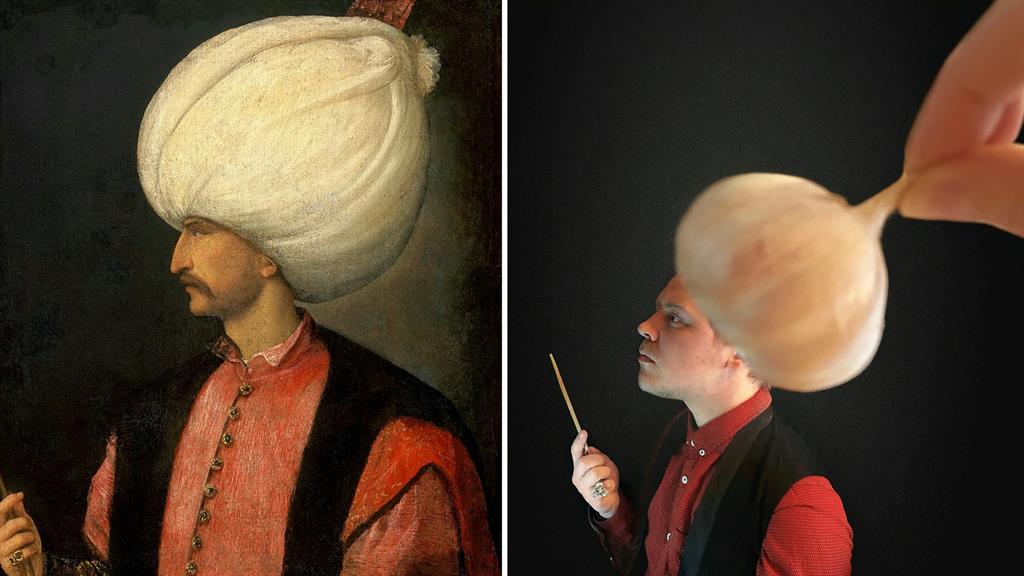 Others were part of a Russian Facebook group which asked families to use household objects to recreate art dating back to the 16th century.