LAWYER-TURNED-AUTHOR Annemarie Neary has lived in her terraced house in Clapham Common for 20 years — and was so inspired by a view from her office window it became part of her latest suspense novel, The Orphans.

But that turns out not to be the case for one unlucky woman in the book — who is stalked by a man who uses the eye-catching garment to disguise his more sinister motives.

‘The stalking scenes in the book are set on the Common,’ says Annemarie chirpily. ‘It’s good to be able to use a place you know well as the location for a book. And the Common is interesting because so many different people use it — the dog walkers, latte drinkers and groups of footballers and then there’s a different crowd at night. It’s interesting from that point of view.’ 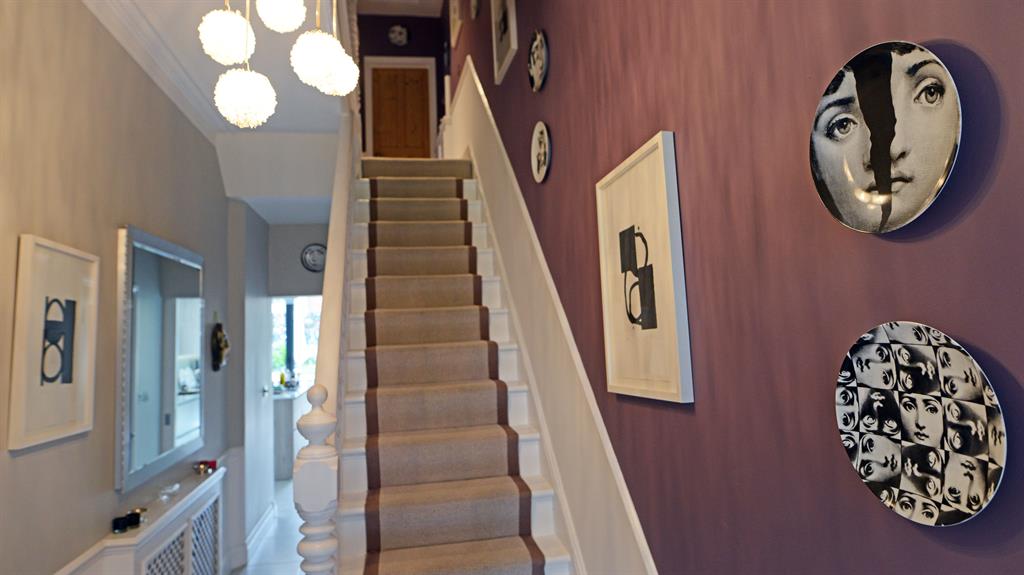 Annemarie writes in a beautifully light and airy first-floor reception room. Originally it would have been two separate rooms but they were knocked through by a previous owner. Annemarie and her husband decided to split the rooms up again — but the change didn’t last long.

‘The wall stayed up for three years. It meant we ended up with a small study at the back that didn’t get much light so we took it down again. You could say it’s a wasted space now but it’s like having a breath of fresh air in the house.’

he writes at the front of the room, on a desk inherited from her father, while her husband uses the back as his office.

It’s a pale blue shade that Annemarie finds relaxing — and the room is decorated with a variety of interesting pieces such as a big bust of Dante that Annemarie found in an antique shop years ago. ‘It was a bargain. I bought him home on the bus in a shopping bag.

‘It’s a great room to work in — there’s so much light. It’s nice to look out at the Common and see the seasons changing. And there’s enough room to keep all my research books and note pads out where I need them.’ 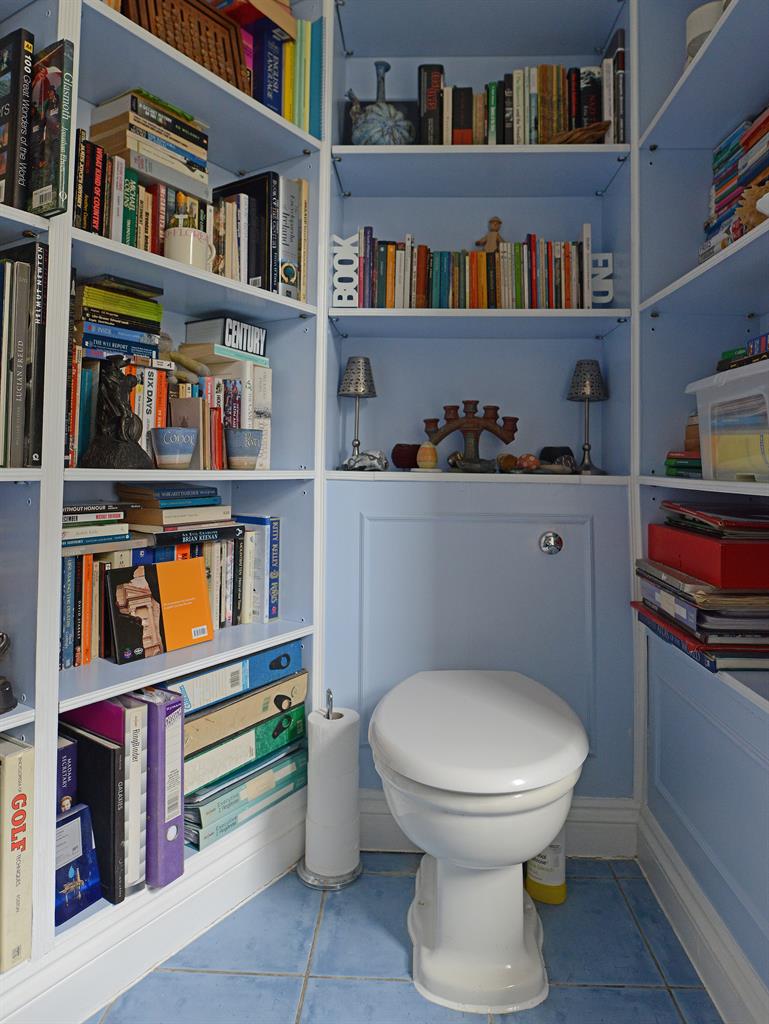 Annemarie says having your things in easy reach is essential if you’re working from home. ‘No matter how small your space is, try to have the things you are working on somewhere they won’t be moved. It’ll help you pick back up where you left off.’

The books Annemarie needs less often are housed in several big bookcases in the house — and also, unusually, in an extensive series of shelves in the bathroom, installed by the previous owners. ‘We kept them because it’s a great idea and useful for storage.’

Annemarie and her husband bought the house in the mid 1990s ‘when Clapham was decidedly untrendy,’ she laughs.

The biggest renovations at the time were changing the orange cork tiles and Formica tops in the kitchen and doing a basic loft conversion which created another bedroom. But last year they transformed the house by adding on a large kitchen/diner extension. “It’s the best thing we’ve done,” she says.

The work took a mere four months and went without a hitch. Annemarie says the new kitchen has meant the family socialise together more — she and her husband have three sons in their 20s who also live in the house.

‘We spend more time in the kitchen now, we talk to each other a lot more and the boys cook more than they used to.’

Features include a boiling-water tap and a large extractor fan that lowers from the ceiling by remote control — although Annemarie isn’t sure how useful it is. ‘We still haven’t worked out how to change the filters.’

Her favourite addition, however, is the large dining table from the Conran Shop — teamed with inexpensive chairs bought locally and colourful candles by Scandinavian design company Iittala.

‘It means we can invite people over now without someone being asked to move so that we can open the oven door,’ she says. The kitchen table has also become Annemarie’s favourite place to read at — with lots of light and in easy access to the tea-making facilities.

After overhauling her home Annemarie isn’t in a hurry to leave it. ‘I’ll stay here until I’m kicked out,’ she says. ‘We’ve lived here for 20 years, it’s a real family home and we want to stay. We love London so why should we want to move?’

The Orphans by Annemarie Neary (Hutchinson), £14.99, is out now in hardback and eBook