INTREPID explorer Levison Wood has just returned from another mega adventure, trekking the Arabian peninsular for his latest television show. And, as usual, he’s brought some impressive souvenirs back with him — this time a pair of daggers from Yemen and some spicy incense from Oman, all proudly displayed on his mantelpiece. Levison’s historic home, which was built in 1698 by Sir Christopher Wren’s architects and has enviable views of Hampton Court Palace, is packed full of interesting items from his travels.

The 37-year-old adventurer, who found fame when he walked the entire length of the Nile for a TV documentary, bought the Grade II-listed house four years ago to put down some roots.

The most distinctive room in the house is his office. With its wood panelling and vintage furniture, it looks like a Victorian explorer’s study and is packed full of old books — including works by Levison’s hero, Sir Richard Burton.

‘He [Burton] was considered a maverick because he went out and lived with tribes and spoke 27 languages,’ says Levison. ‘He was on the first expedition to try to find the source of the Nile which was my first expedition as well. Following in his footsteps was a dream come true.’ 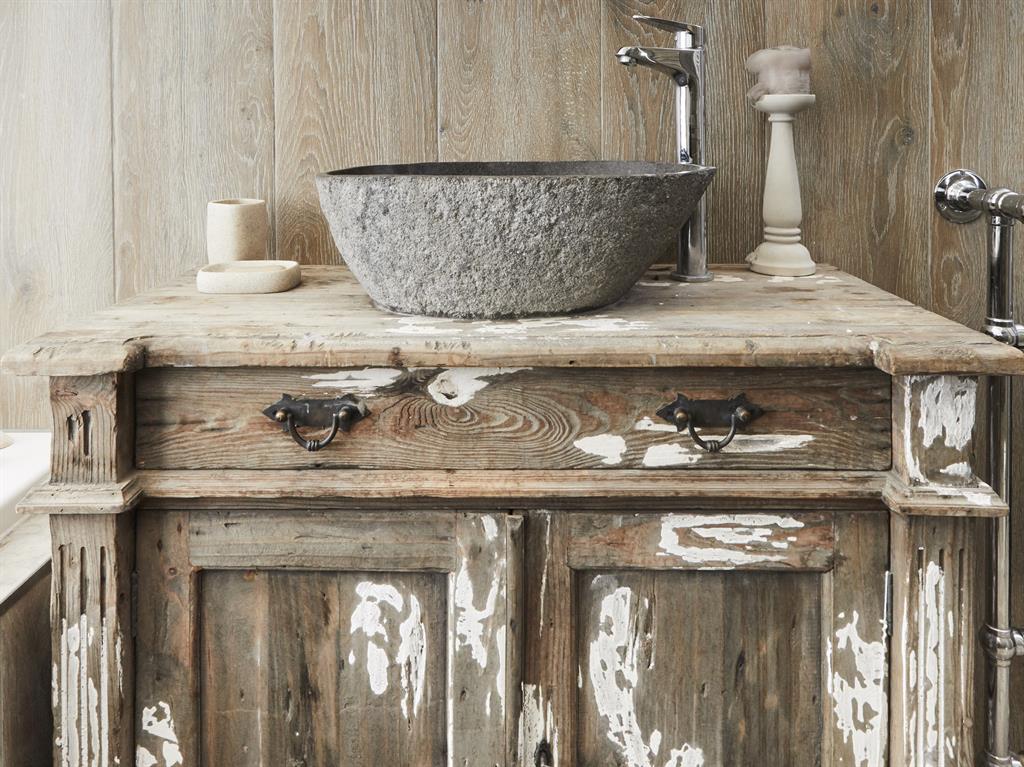 The room is full of curious souvenirs from Levison’s adventures, including an Ethiopian war shield, a headhunter’s axe, a crocodile head from Guatemala and a Megalodon tooth that he bought from a tribeswoman in Panama.

But the most unusual object in his home is something he found in an antique shop — a haunted sketch of a mysterious man. ‘I bought an antique book because I liked the look of it, it was 300-years-old and because it was only £20,’ he laughs.

‘I brought it home, that sketch fell out and I put it in a frame. A friend, who is a medium, said it was haunted. She said she’s seen a ghost in my living room and tells me to get rid of it.’

Levison’s interior designer, who helped him give the house a sympathetic makeover, also believes that the picture has supernatural properties.

‘She was in here, on her own, and for no reason a different picture came crashing off the wall. She doesn’t usually believe in these sort of things but she’s convinced now.’ 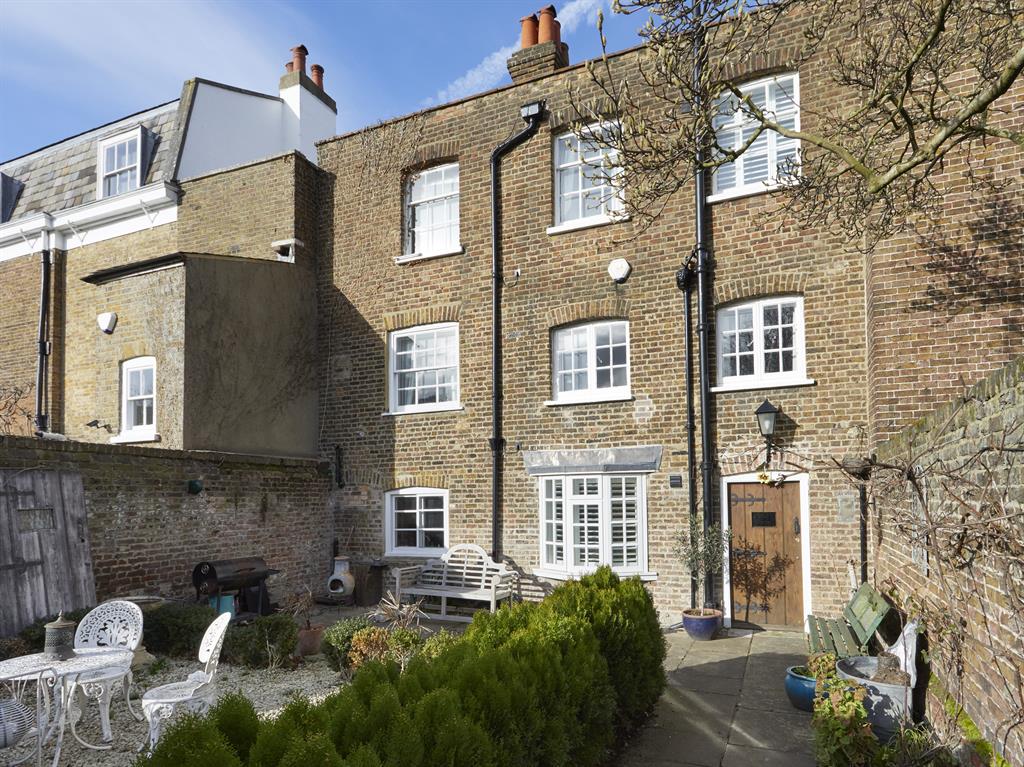 Levison was originally looking at Victorian conversions in the Putney area, ‘but it felt like Groundhog Day,’ he says. ‘I was looking at the same thing but in different states of disrepair and all vastly overpriced.’

He decided to look further afield and, after viewing around 15 properties, found this three-bedroom, three-storey, walled property in Hampton Court. ‘When I first saw it, I knew that I wanted to buy it,’ he says. ‘I wanted something with history to it. The books I write are partially about history and this is an inspiring house to work in. I just have to look out of my office window and there’s 1,000 years of history there.’ 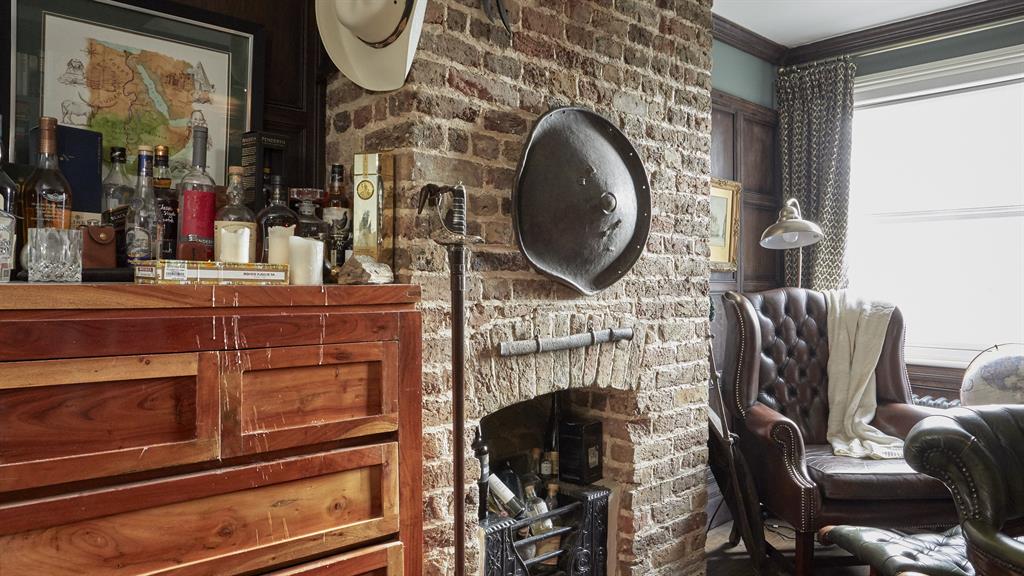 Some of the interior design choices were certainly historic, though not exactly in keeping, such as wallpaper from the 1920s and a pink 1970s bathroom suite which Levison soon disposed of. ‘The whole thing needed doing but since it’s listed I couldn’t do anything to the structure. There were dodgy carpets and lino in the dining room, which I have taken back to the original stone.’

He was able to knock down some internal stud walls and remove a downstairs toilet which was unusually located in the dining room. 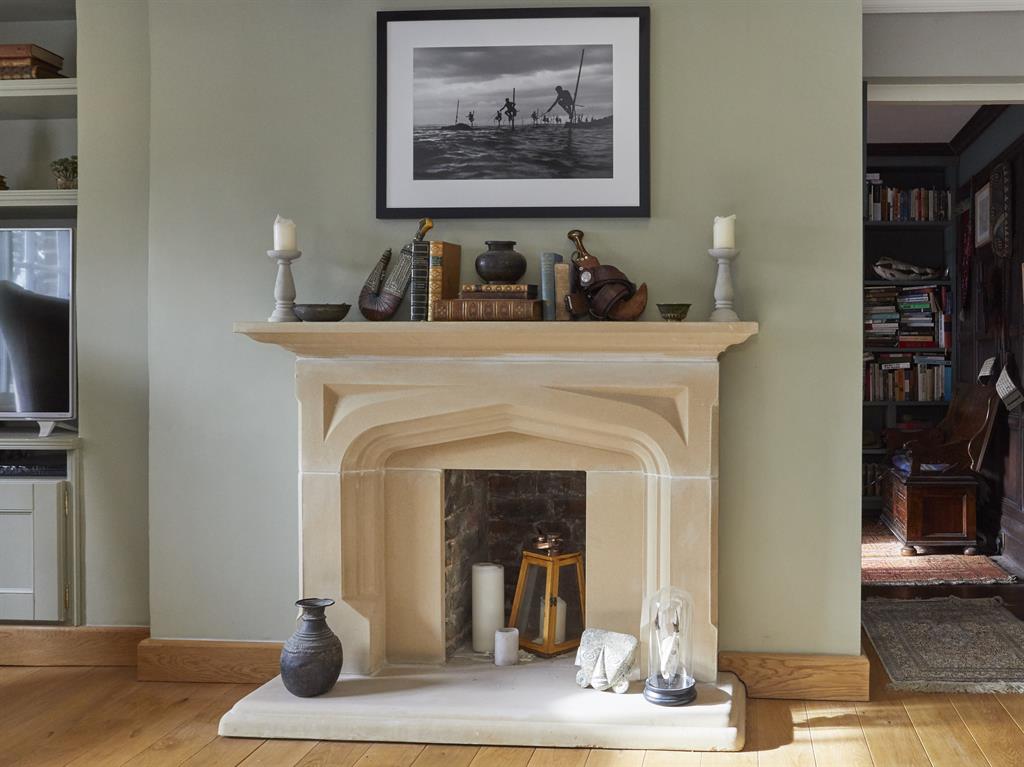 With the help of his father, he re-plastered and rewired the house, while an interior designer came up with the neutral colour scheme and features including the glass-panelled staircase. Builders got rid of the pink bathroom, replacing it with a wet room with walk-in shower and Jacuzzi bath.

After lots of hard work making this house an idiosyncratic home, Levison has decided it’s time to move, but potential buyers needn’t worry about the ghost as he will be taking the picture with him.

‘It’s been a great place to live for the last four years,’ says Levison, who is now keen to turn his back on the city. ‘But I want to move out of London and go somewhere more relaxed — I’ll be looking in the South West. I want something with five bedrooms and a walled garden. Some of my friends keep llamas so I might get some if I have the room. If I had a few fields, I’d put out some yurts and rent them out.

‘I’ve always liked being out in the countryside and in nature, so that’s what I’m looking for now.’

■ Arabia With Levison Wood is on the Discovery Channel and available on catch-up. He is selling his home with purplebricks.co.uk for £1million