DONALD TRUMP last night became the first US president to face impeachment twice after politicians from both sides voted to take action following the riot at the Capitol building.

The House of Representatives voted by 232 votes to 197 — with ten Republicans joining Democrats to back a single charge of inciting an insurrection.

Democrat House speaker Nancy Pelosi said the president incited ‘this armed rebellion’, adding: ‘He must go. He is a clear and present danger to the nation that we all love.’ 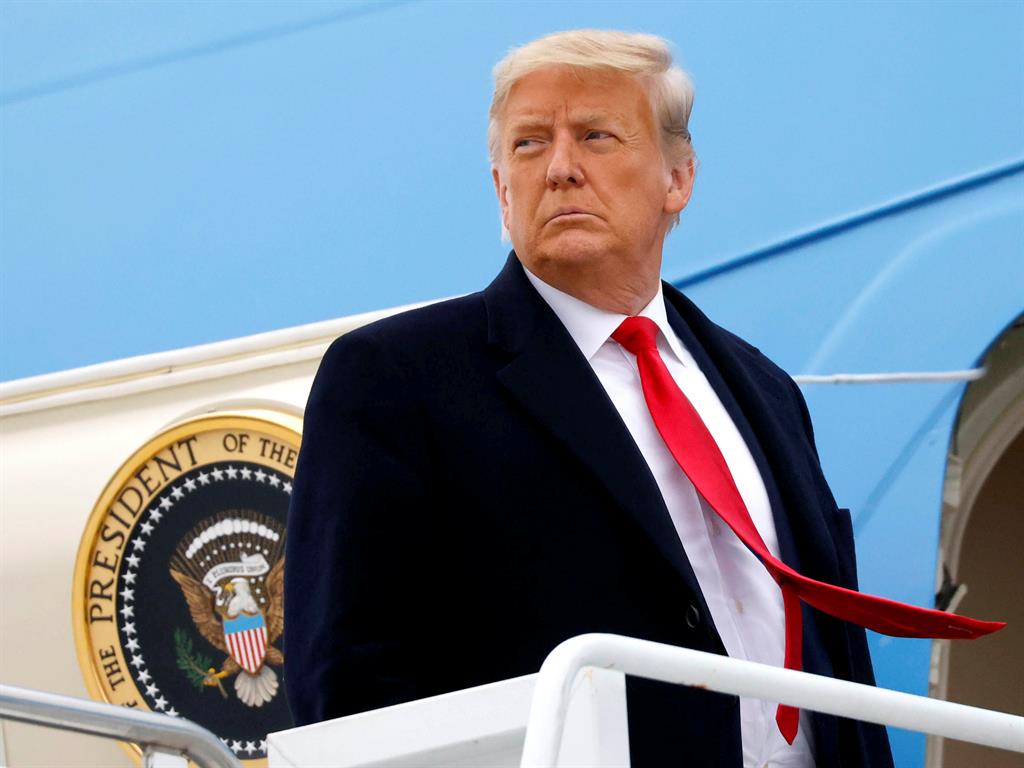 She said Mr Trump (pictured above) had repeatedly lied about the outcome of the election and sought to ‘repeal reality’, resulting in the ‘day of fire’ last Wednesday in which five people were killed. Some Republicans made speeches urging the House not to impeach Mr Trump to promote national healing. Oklahoma’s Tom Cole said: ‘Let us look forward, not backward. Let us come together, not apart.’

The impeachment process now moves to the Senate where Republican leader Mitch McConnell has suggested no trial could begin until it returns on Tuesday, a day before Joe Biden’s inauguration.

Security has been increased in the Capitol with Congress members having to walk through metal detectors and National Guardsmen seen sleeping in the building. At least 10,000 have been deployed to prevent further attacks — more than US forces personnel currently in Iraq, Afghanistan, Syria and Somalia combined.

HOW PRESIDENT COULD BE KICKED OUT OF OFFICE

■ Impeachment is the pathway to potentially forcing a president out of office, laying charges against a government official. It requires a simple majority vote in the House of Representatives and the support of two-thirds of the Senate. No president has faced impeachment twice.

■ Donald Trump was impeached in December 2019 over allegations he abused his power by improperly pressurising Ukraine to investigate business dealings involving president-elect Joe Biden and his family. The Republican-dominated Senate voted not to convict him.

■ A second impeachment hearing would likely run out of time before Mr Biden’s inauguration next Wednesday but could bar Mr Trump from holding public office and running for president again in 2024. An impeached and convicted president is still open to criminal prosecution, although they remain under lifelong Secret Service protection.

■ Only two other US presidents have been impeached: Andrew Johnson, in 1868 over his removal of rival Edwin M Stanton as secretary of war, and Bill Clinton in 1999 on allegations of perjury and obstruction of justice following his affair with White House intern Monica Lewinsky. Both were acquitted by the Senate. Impeachment proceedings against Richard Nixon in August 1974, following the Watergate scandal, were stopped after he resigned.

Sign of change… call to remove ‘stain’ from skyline 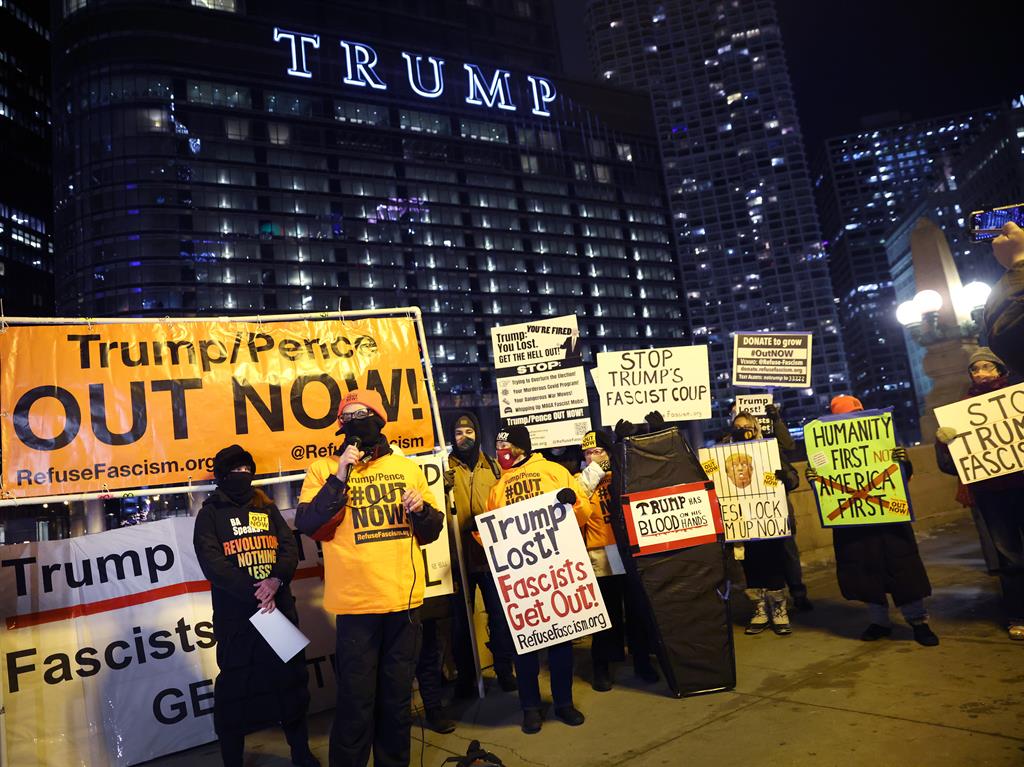 PROTESTERS calling for Donald Trump to be thrown out of office have gathered outside one of his properties. A crowd chanted and held placards as they continued a vigil outside Trump Tower in Chicago that started after the US Capitol was stormed last Wednesday. Chicago councillor Gilbert Villegas has called the hotel’s 20ft-tall Trump sign ‘a stain’ on the city’s skyline and wants it removed.