HILLARY CLINTON has branded Donald Trump a ‘stalker’ and told any women candidates going up against him in the US presidential race to feel free to ‘hit him across the face’ if he invades their space in private.

The former First Lady, 72, told of her discomfort when 73-year-old Mr Trump tried to intimidate her during their televised debates in 2016. 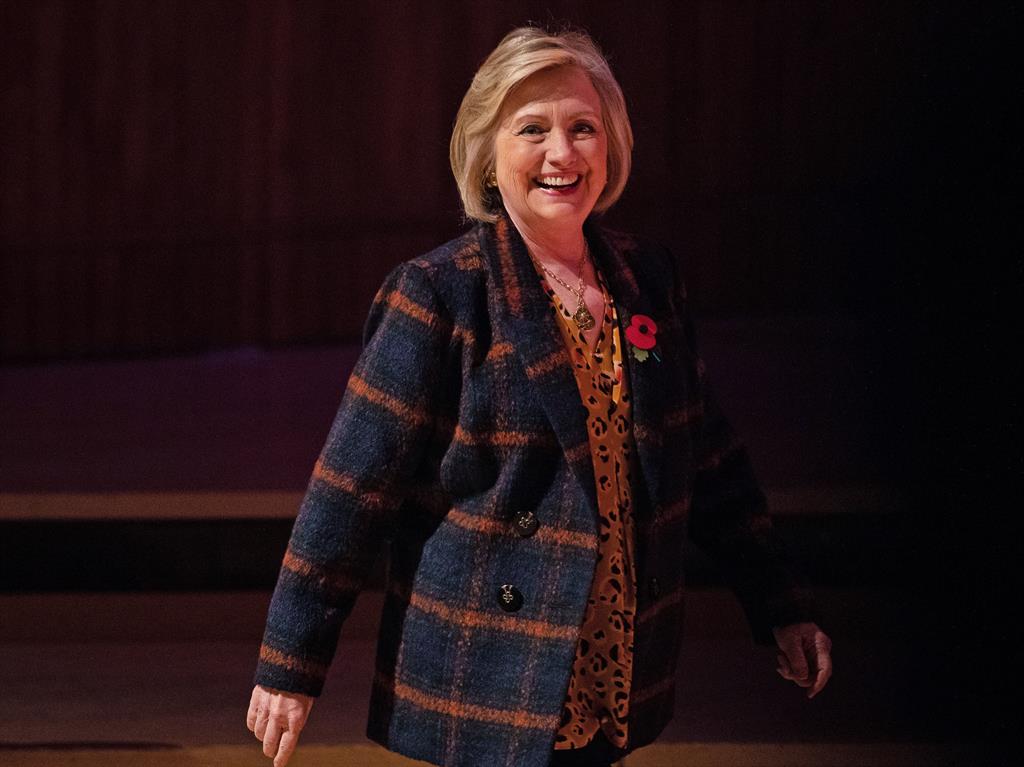 Speaking at the Southbank Centre’s Royal Festival Hall in London on Sunday night, she said: ‘The way I reacted when that happened to me was to ignore it.

‘Given how people’s brain’s work, if a woman looks like she is agitated or upset, she is often viewed as not being able to handle “it”. Whatever “it” is.

‘When I was being stalked on stage during the second debate… I am trying to answer questions about health care and immigration and the economy and my mind is going, “What is he doing?” …“What is going on?”

‘I did entertain whirling around and saying, “Back up you creep, you are not going to intimidate me”. But I played out in my head the press saying, “Oh, he got to her, he rattled her. She’s going to stand to up to Vladmir Putin and she can’t take Donald Trump stalking her? That doesn’t seem too presidential”.’

Mrs Clinton — who was secretary of state under Barack Obama — spoke out as she promoted her and daughter Chelsea’s The Book Of Gutsy Women.

She said: ‘It’s a really hard choice. I think now, because it happened to me, whoever ends up running against him, if there is another opportunity for him to go around stalking, they will have a couple of different options assuming it’s a woman. He won’t stalk a man. But assuming (it’s) a woman she’ll have some different options because of what 80million fans saw first-hand with me.

‘My general advice would be: you can’t overact to it if it’s in public but, if it’s in private, do whatever you want. Hit him across the face.’

‘I thought, if I wear a pant suit and it pretty much looks the same every day, then maybe they won’t talk about it. One rule of politics for a woman is to get a hairstyle and stick to it.’