BLACK-CAB drivers have lost a High Court bid to challenge Uber’s licence to operate in London.

A judge rejected a claim by the United Cabbies Group (UCG) that the decision by chief magistrate Emma Arbuthnot to grant the ride-hailing app company a 15-month permit was ‘tainted by actual or apparent bias’.

A probationary licence was granted at Westminster magistrates’ court last year after Transport for London (TfL) refused to renew it amid safety concerns. But Lady Arbuthnot said in August she would not hear any further cases involving the app after a newspaper article alleged there were financial connections between her husband, Lord Arbuthnot, and Uber.

Earlier this month, lawyers for UCG, which represents Hackney carriage drivers in the capital, acknowledged the judge was unaware of any such links.

But they said she should have ‘checked for any potential conflicts of interest’ before she gave her ruling. They also argued the decision was not open to her because Uber did not meet the ‘fit and proper person’ criteria necessary for a licence. Dismissing its claims of bias yesterday, Lord Chief Justice Lord Burnett said the list of ‘tenuous connections unearthed’ by UCG fell ‘well short of evidence that would begin to give a fair-minded observer even pause for thought’.

Uber’s application for a five-year licence was rejected by TfL in 2017.

Lady Arbuthnot issued a shorter one with stringent conditions after TfL raised concerns over Uber’s failure to report criminal allegations to police and the use of technology to thwart regulators outside the UK.

MARKS & SPENCER has confirmed it is in talks over a joint venture with Ocado.

The retail giant could pay up to £900million for a 50 per cent stake in the venture, which would give it a food delivery service for the first time, London’s Evening Standard reported. It said the deal could be tied up today.

Ocado’s contract with Waitrose has added pressure to the negotiations. The online supermarket will need to trigger an 18-month break clause by the end of this week. 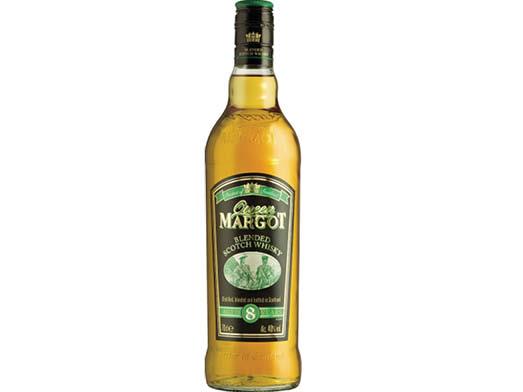 A WHISKY costing £13.49 from Lidl has triumphed at the World Whiskies Awards, beating tipples costing almost twice the price.

Queen Margot Whisky — an eight-year-old blend — was named Best Scotch Whisky by a panel of 40 international industry experts, seeing off competitors like Johnnie Walker Black Label, which retails for around £24.

The budget supermarket said Queen Margot Whisky is mellowed for eight years in oak casks to give a smooth texture and a warm finish.

It is described as having ‘a rich sweetness and depth of flavour’ with ‘soft aromas of dried apricot and plum’.

The whisky win is the second award this week for Lidl. The grocer also won Own Brand Gin Supermarket of the Year at Gin Magazine’s Icons of Gin awards.

Rich getting poorer since the downturn

THE economic downturn has seen the wealth of Britain’s top earners fall.

The most well-off one per cent accounted for 9.6 per cent of UK household disposable income in 2008 but averaged just 7.1 by 2018, the Office for National Statistics has found.

The poorest 20 per cent of the population’s average income is up 11.6 per cent since 2008, while the richest fifth’s has risen by just 4.9 per cent over the same period.

■ SCOTTISH POWER has announced it will spend up to £2billion on ‘clean energy’ projects this year, supporting 300 new jobs. The plans, which follow the sale of its gas power stations, include an electric-vehicle charging service and investments in wind farms.

■ HOTEL Chocolat hailed its overseas start-ups after half-year profits rose seven per cent to £13.8million. The chocolatier, which has 118 stores in the UK and Ireland, was encouraged by sales in Tokyo and New York.

■ TESLA’S billionaire boss Elon Musk is facing a new legal challenge in the US. Financial regulators in New York are pressing for contempt charges after he tweeted information in breach of a court order last year that saw him fined $20million for inaccurate tweets.

■ THE investigation into the auditing of Carillion has been extended back to 2013. The Financial Reporting Council is already looking into accountancy firm KPMG’s audit of the collapsed construction giant for 2014 to 2017.