FAMILIES of Grenfell Tower victims have said fire chiefs should lose their jobs and face prosecution, accusing them of hiding behind the heroism of brave crews who tackled the blaze.

Relatives hit out after an inquiry found some of the 72 people who died could have been saved if advice to stay put in flats had been dropped sooner after the flames took hold.

Ex-judge Sir Martin Moore-Bick, who led the inquiry, accused London Fire Brigade boss Dany Cotton of ‘remarkable insensitivity’ for saying in evidence she ‘would not change anything we did on the night’.

And Nazanin Aghlani, whose mother and aunt died in the blaze, said at an emotional press conference: ‘It’s quite evident that the LFB is in the hands of people that are incapable of their jobs — they should be discharged of it. They should be prosecuted. I’m not saying individual firemen, they do a hard job, but the seniors at the top get good money to do a very serious job.’

Ms Cotton, 50, is due to retire as fire commissioner in April.

Nabil Choucaire, who lost six members of his family in the blaze, said: ‘We hear her say she would not have done anything differently.

‘If you do not change it, we will have another Grenfell — and she wants to quit to get an early pension of £2million or so. We will not accept this.’ Prime minister Boris Johnson promised to accept all 46 recommendations in Sir Martin’s report.

And with police also investigating, he insisted ‘justice will be done’.

But Jeremy Corbyn criticised him over fire service cuts and insufficient enforcement of building regulations. ‘Let’s not blame firefighters for their work — they did everything they could,’ he added.

The public inquiry found LFB’s lack of an evacuation plan for Grenfell was a ‘major omission’ and the plans it had in place for tackling any tower blaze were ‘gravely inadequate’.

Sir Martin said there was a lack of communication, both between commanders and in control rooms taking calls from residents, after the fire began in the early hours of June 14, 2017.

The initial leaders of efforts to deal with the blaze at the 24-storey block in Kensington, west London, were of ‘relatively junior rank’, he said. And he ruled that advice to stay put, rather than risk fleeing, should have been abandoned at 1.30am rather than 2.47am.

Sir Martin’s report also cleared of any blame Behailu Kebede, whose faulty fridge in his fourth-floor flat triggered the blaze. It said he did ‘exactly what a responsible person’ should by calling 999, switching off electricity and alerting neighbours.

The flammable cladding on the tower, which helped the minor kitchen fire become an inferno, is to be dealt with in a forthcoming second report by Sir Martin.

Such cladding had been used on many similar tower blocks across Britain. And 11 months before Grenfell, 59 senior LFB officers attended a presentation about the risks it posed, the inquiry heard. Ms Cotton said the recommendations in the report would be carefully considered. Asked about accusations she was ‘criminally negligent’, she said: ‘I think it is right that the police are the ones who will look into that.’ She added: ‘If I caused any additional hurt or upset to the people of Grenfell, that was never my intention.’

Judy Bolton, of the Justice4Grenfell group, said: ‘Those firefighters went into that building and not one of them gave up.

‘They needed strong command and, with what’s coming through from the report, it seems there have been things that have been lacking in regards to that.’

Changes to be made 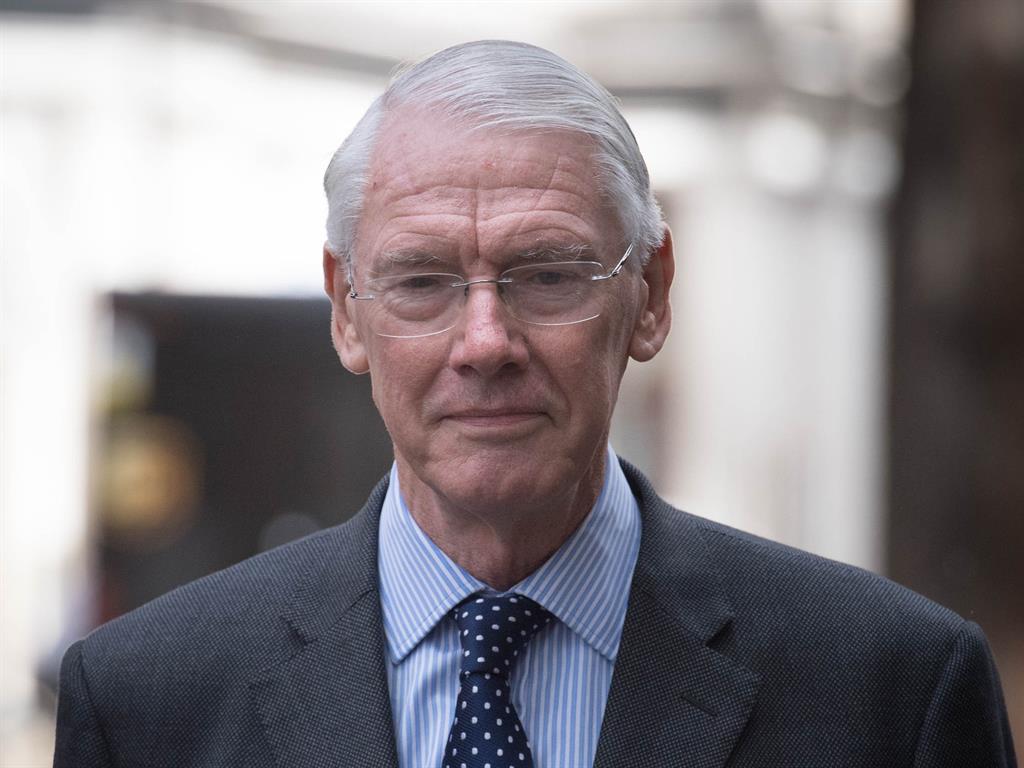 GRENFELL DISASTER INQUIRY chairman Sir Martin Moore-Bick (pictured) has identified 46 changes that should be made to ensure people’s safety in high-rise buildings.

Fire and rescue services must develop policies and training for partial and total evacuation of such properties.

All current and future high-rise residential buildings must be equipped with fire alarm sounders or similar devices allowing fire services to send an evacuation signal.

New fire brigade policies for managing the change from ‘stay put’ to ‘get out’, and training for control-room staff on offering advice to callers.

The owner and manager of every residential building containing separate dwellings must carry out an urgent inspection of all fire doors with checks every three months on self-closing devices.

Clear markings on each landing within the stairways and also prominently in lobbies so numbers are visible in normal conditions, low lighting and smoke.

The owner and manager of every high-rise residential building must provide their local fire service with information about the design and materials of its external walls and any changes, with regular inspections.

Training for all officers who may be expected to act as incident commanders and senior control room operators.

London Fire Brigade policies and training to ensure better control and use of resources, including information given by crews returning from jobs.

Each emergency service must communicate the declaration of a major incident to each other as quickly as possible, with clear lines of communication and better collection of information about survivors.