THIS stunning series of pictures reveal the interiors of beautiful but abandoned buildings across Europe.

One picture shows the Castle of Sammezzano in Italy (pictured above), a medieval structure transformed into an Orientalist palace — a fashionable style for wealthy Europeans in the 19th century.

With colourful glass and stone covering every inch of the walls and ceiling, the castle became a luxury hotel after WW2.

But it fell out of favour and has lain empty for more than 25 years.

‘It didn’t take long before curiosity struck me. What was the story behind those buildings? Who used to live there? What purpose did these objects serve and why were they abandoned?’

Another image (below) shows a battered grand piano in the middle of the conservatory in a Polish summer residence. 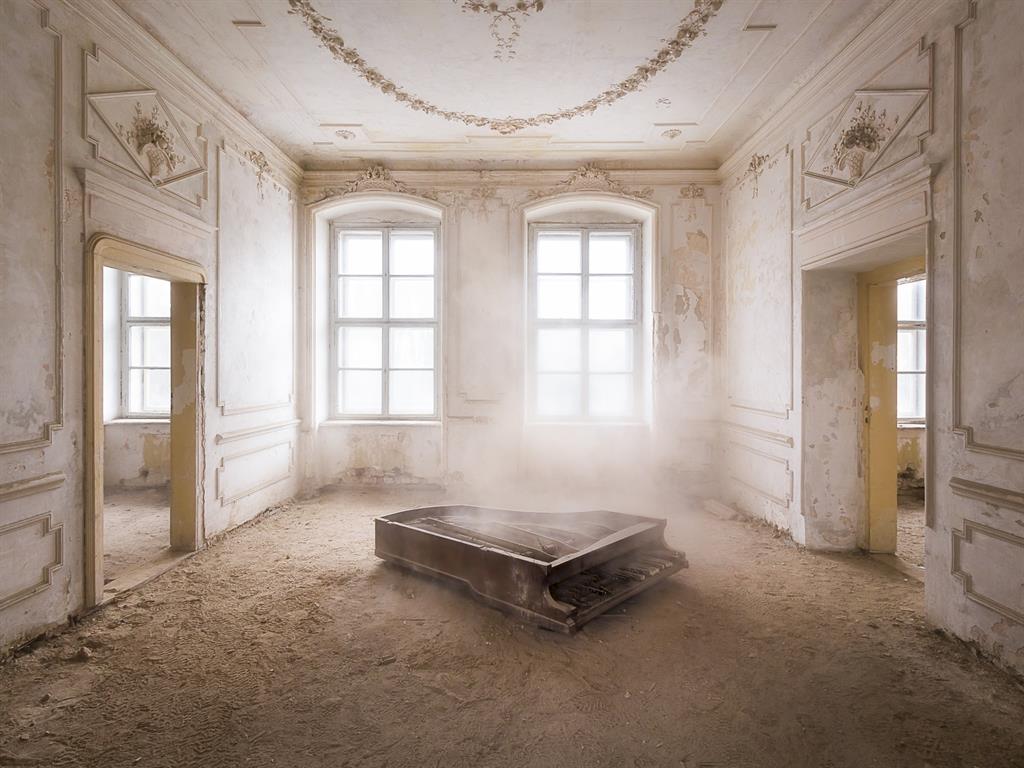 After the owners fled the building in the 80s due to a fire, it has been left to fall into disrepair ever since.

And in Germany, books once belonging to a German doctor who worked in his vast home litter the floor of his library. 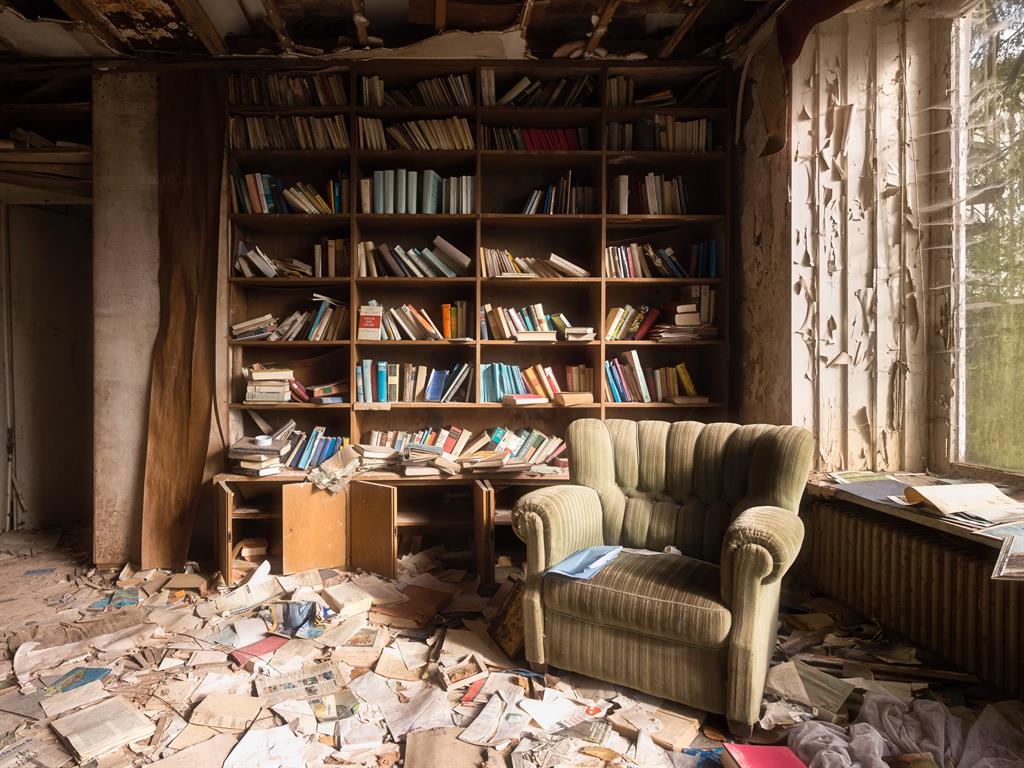 Roman said: ‘The opportunity to take a peek behind closed doors is a truly unique experience, both relaxing and enticing at the same time.

‘I immerse myself in the surroundings, but am also watching my every step and listening closely to every sound.’

Roman, from Heerlen in the Netherlands, shot the series of images between 2013 and 2018, which include locations in Belgium, Germany, Italy, Poland and Switzerland.

He said: ‘There is a lot of travelling involved, and in some cases acquiring permission to legally enter the building took a while as well.

‘Next to that, researching the whereabouts of a specific place I want to shoot is also time-consuming.’

But he said exploring the dilapidated structures could be dangerous.

He added: ‘I would highly recommend anyone to not visit these buildings alone.

‘You can easily fall through the floor of a room, step into glass or nails or hurt yourself in another way.

‘Most of these buildings are quite ‘hidden’ from regular society, and therefore if you happen to hurt yourself and you’re alone, it might take a while before anyone finds you.

‘Luckily enough, besides some bruises and scratches, nothing has really happened to me yet’

Some were taken with a Canon EOS 650d.