MAX VERSTAPPEN insists he can beat Lewis Hamilton to the Formula One title, saying Britain’s six-time world champion is ‘not God’.

The 22-year-old Dutchman could prove Hamilton’s closest challenger this year, following Red Bull’s strong finish to the end of last season and few changes to the sport’s technical rulebook.

Hamilton, 35, has dominated F1 in recent times, winning five of the last six championships, and will this year equal Michael Schumacher’s record haul of seven if he secures another triumph.

But asked if he can beat Hamilton over the stretch of a season, Verstappen (pictured above, left, with Hamilton) said: ‘Yes. Of course, it is very car-dependent in Formula One. Lewis is very good. He is definitely one of the best out there. He is not God, maybe God is with him, but he is not God.

‘When you can put the pressure on, it is a lot harder for the guy in the lead. If he never really has pressure, he can drive at 97 or 98 per cent and then you never make mistakes.

‘If we start the season within two tenths (of Mercedes), we can mount the pressure. I am looking forward to when we get that fight and if we are really close I am pretty sure we can do better.’

Verstappen resisted the lure of a move to either Mercedes or Ferrari by committing his long-term future to Red Bull with a four-year contract extension.

Hamilton’s next move is uncertain with his £40million-a-season Mercedes set to expire at the end of the year.

‘It is a good thing my future is sorted because it takes away any doubt,’ added Verstappen, who won three times last year and finished third in the championship behind Hamilton and his Mercedes team-mate Valtteri Bottas.

‘There are no question marks any more. When you go into a season and your contract is up at the end of the year, at one point it is going to be a bit awkward. I didn’t want to have any of that.

‘This is the right place. I see the motivation and hunger to fight for victories and a championship. Looking at this year we want to mount a challenge to Mercedes, and I think we can do that.’

Verstappen’s Red Bull boss Christian Horner, meanwhile, has backed the sport to make the right call over whether to cancel the Chinese Grand Prix.

The race is due to take place on April 19 but it is in doubt following the outbreak of the coronavirus, which has claimed more than 350 lives.

Horner said: ‘The FIA is F1’s regulator, Liberty Media is a promoter. They are responsible for the health and well-being, not just of the drivers, but all the staff and the travelling members of the sport.

‘I am sure they will take the necessary due diligence before making any commitment about either delaying, postponing or cancelling the race. We have to trust their judgement and knowledge.’ 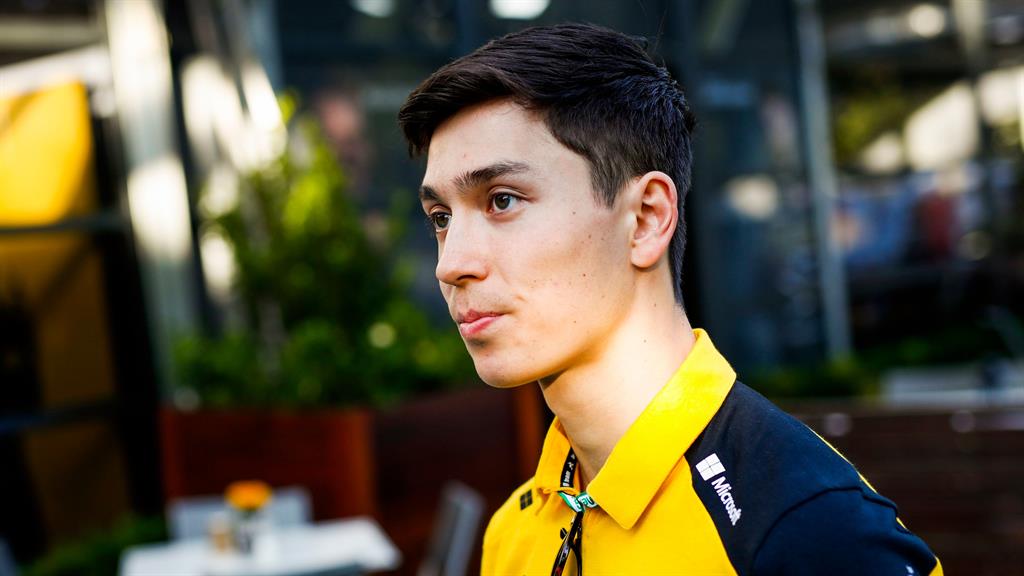 JACK AITKEN has vowed to do all he can to help the Williams Formula One team return ‘to their very best’ after being named as their reserve driver for the coming season.

The 24-year-old London-born British-Korean announced yesterday he would no longer be test and reserve driver with Renault.

Less than 24 hours later, Aitken (pictured above) confirmed his new role with Williams, which will see him make his on-track F1 debut by taking part in a Friday practice session, as well as attending all grands prix and working in the simulator.

‘It is a great honour to join Williams as their reserve driver for the 2020 season,’ said Aitken, who was fifth in last year’s F2 championship after winning three races and claiming four other podiums for Campos Racing.

‘Williams is a team with strong heritage and continued longevity, and I’m looking forward to directly contributing to their development through my simulator and testing work.’

Via his Twitter feed, he added: ‘I’m hugely excited, because they want to be back to their very best, have some stellar people making it happen, and I’m going to be doing all I can to contribute as well.’

Hailing Aitken as ‘a young driver with a great career ahead of him’, deputy team principal Claire Williams added: ‘We believe he has the right credentials to reach the top in the sport.’