Chiefs helped to make amends for three Premiership final defeats in the past four years with Saturday’s thrilling 31-27 Champions Cup final victory over Racing 92 at Ashton Gate, a 14-man defensive wall standing firm in the closing stages after Tomas Francis was yellow carded.

Slade, who also played in last season’s World Cup final loss to South Africa, said: ‘It has been an unreal year. The World Cup final was an unbelievable experience to be there, but a massive disappointment.

‘This is obviously the next best thing, and winning it is unbelievable. I remember back to being a kid and a teenager watching this tournament and wanting to be in it one day. To have the chance to go and win it is such a special feeling.’

Exeter return to Twickenham next Saturday for a Premiership final with Wasps, three years after the Chiefs earned a 23-20 extra-time triumph against the same side.

And Slade insists it is the pain of those defeats that drives Exeter on as they seek a domestic and European double.

‘We’ve been through the mill a bit,’ he added. ‘We’ve had our success in finals and we’ve also had a fair bit of disappointment as well. As a squad, we are definitely using those lessons really well.

‘We are at a really good age across the squad. We’ve all been in those experiences, and we’ve all learnt from them. We feel confident whenever we take the field.

‘The way we dug in and defended our line in the last bit was unbelievable.’ 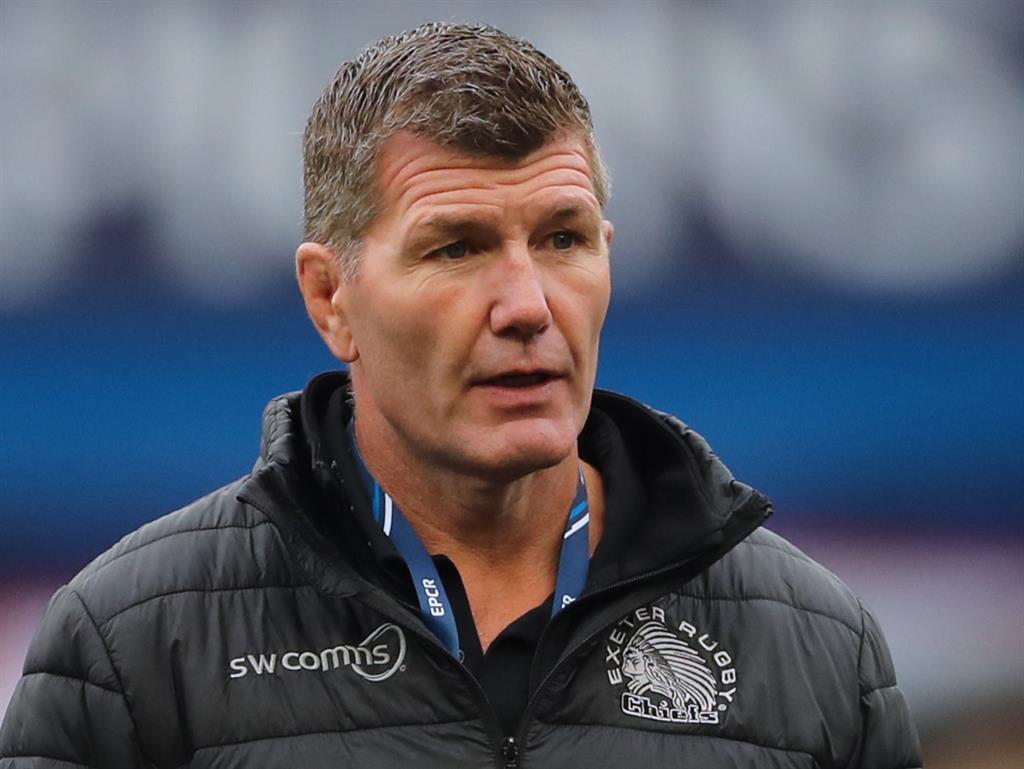 ‘It would be just reward, I feel, for this group of players if we can do the double… I think we can play better than we did (against Racing), and we will need to, actually’ — Exeter boss Rob Baxter (pictured) believes following up their European glory by beating Wasps in Saturday’s Premiership final will be no less than his squad deserve for the ‘what they have committed to over the last five years’