A POLICE officer collapsed behind Boris Johnson as he delivered a Brexit speech in front of officers last night.

The prime minister was criticised for carrying on when the swaying woman had to sit down.

His speech in Wakefield, West Yorkshire — which came more than an hour late — saw him accused by some of a ‘police state’-like display and compared with Donald Trump. 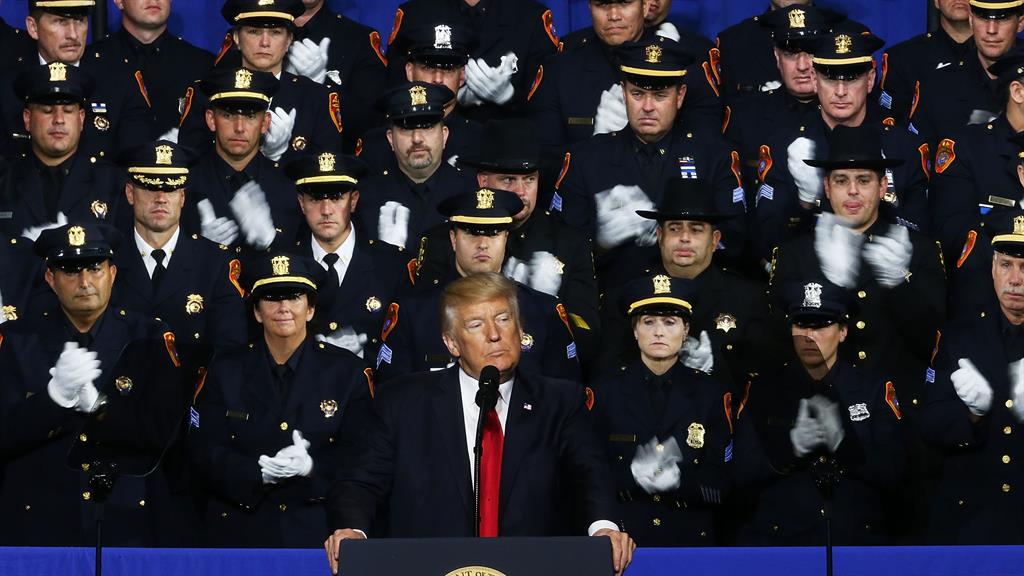 West Yorkshire’s police and crime commissioner Mark Burns-Williamson, a Labour councillor, last night told the BBC Mr Johnson had ‘abused’ the police force’s position by using them for a ‘political speech about Brexit’.

And Labour’s Yvette Cooper criticised him for ‘making so many police stop their training and work to be part of his political stunt’.

Shadow home secretary Diane Abbott said: ‘Johnson kept these trainees waiting on their feet, and unsurprisingly, one of them appears to have felt faint. He saw that happen and he ignored it.’

The PM has pledged 20,000 more police officers but has faced criticism for the loss of a similar number since 2010.