A British Airways plane had a near miss with a drone being flown illegally over a car park at Heathrow, a report has revealed.

The pilot of the B787-8 Dreamliner saw the drone on the right-hand side of his aircraft, which was flying at 250ft on its descent to land.

The jet (below), which was flying at around 150mph after a 12-hour flight from Seoul, Korea, was carrying up to 214 passengers. Air traffic controllers were informed but it is believed the operator of the drone was never traced by police. 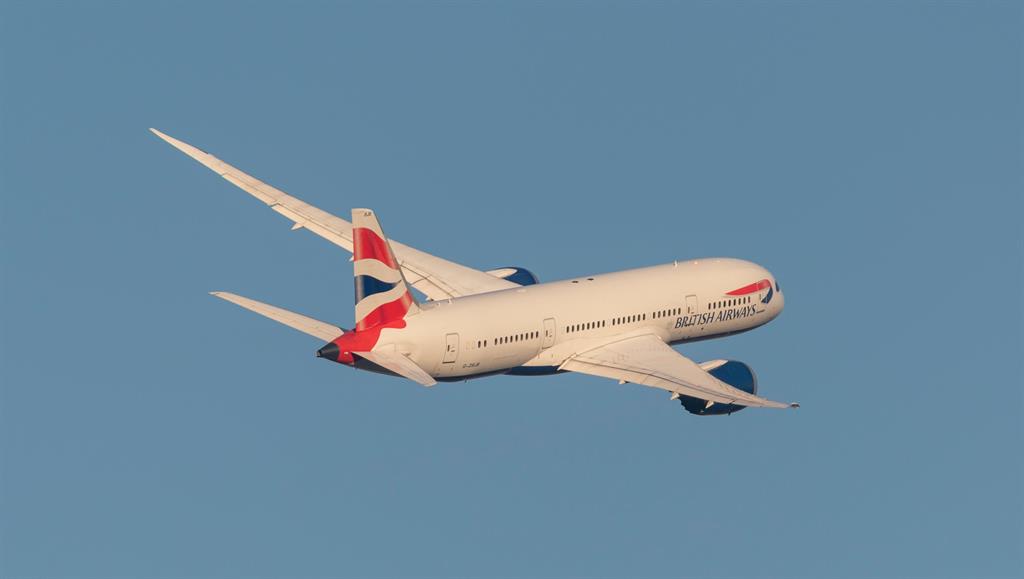 Previous rules banned drones from flying within a mile of any airport in the UK.

The no-fly zone was extended partly as a result of the chaos caused by drone sightings at Gatwick just before Christmas. Around 1,000 flights were disrupted from December 19-21.

A report by the UK Airprox Board, which investigates near misses, rated the March sighting as a Category B incident, where safety of the aircraft was compromised. It said the pilot had described the drone as being around 2ft in diameter and white in colour.

The report added: ‘He believed it had four rotors and was hovering over what appeared to be a car park area.’

Investigators ruled that the drone had been illegally flown into conflict with the jet in a no-fly zone and was ‘endangering’ aircraft at Heathrow.

The report said: ‘The board considered that the pilot’s overall account of the incident portrayed a situation where safety had been much reduced below the norm to the extent that safety had not been assured.’

British Airways said: ‘We take such matters extremely seriously and our pilots report incidents so that the authorities can investigate and take appropriate action.’

A spokesperson for Heathrow said: ‘Drones are an increasing issue. We have been investing in technology to detect and defeat them.’

Additional new rules mean that, from November 30, operators of drones that weigh 250g to 20kg will need to register and take an online pilot test.