Jamie Vardy hit a hat-trick as Leicester came from behind to thrash one of the pre-season title favourites and claim top spot in the Premier League.

‘It was the best result, that’s for sure,’ said Rodgers, who took charge at the King Power Stadium in February last year.

‘The performance and the result were outstanding. Tactically we were very good.

‘I set the team up to play differently. We are normally a high-pressing team but against a team of this quality we wanted to deny them space and we knew we had the players to break out and exploit spaces. To go behind so early, we showed calmness. We didn’t panic.’ The hosts claimed an early lead through former Leicester winger Riyad Mahrez but Vardy levelled from the spot, put the visitors ahead with a neat flick and made it 3-1 with another penalty. 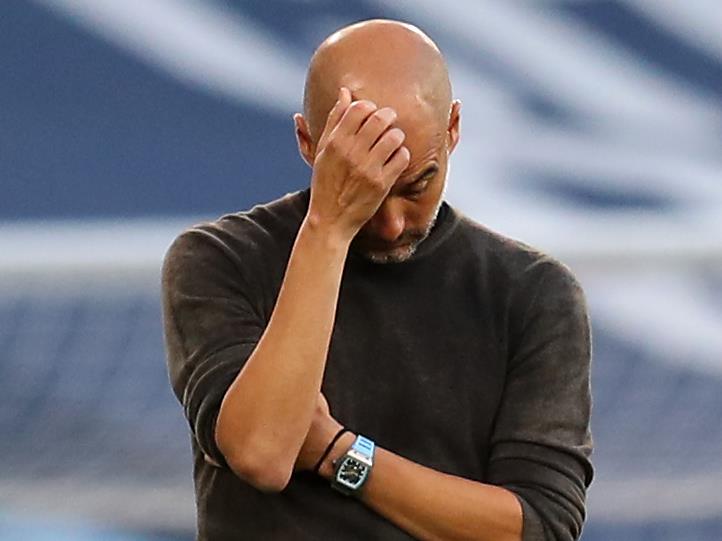 City boss Pep Guardiola (pictured) felt his side allowed Leicester to frustrate them. He said: ‘We scored early on but I think they defended so deep, so it was not easy. They just wanted to defend and play on the counter-attack, and in that position we have to be more calm.

‘It happened many times, we have to control the counter-attack. The problem was we put extra pressure on ourselves to score the second or third when they just didn’t want to play.’