A BATTERED diary written by a young soldier during the Battle of the Somme is being auctioned after being found gathering dust in a barn.

Pte Arthur Edward Diggens penned the journal from the Western Front in World War I, chronicling the day-to-day reality of the conflict which claimed more than 300,000 lives.

He discusses spending his 21st birthday away from home as well as his escape when a piece of a German bomb landed in his living quarters. 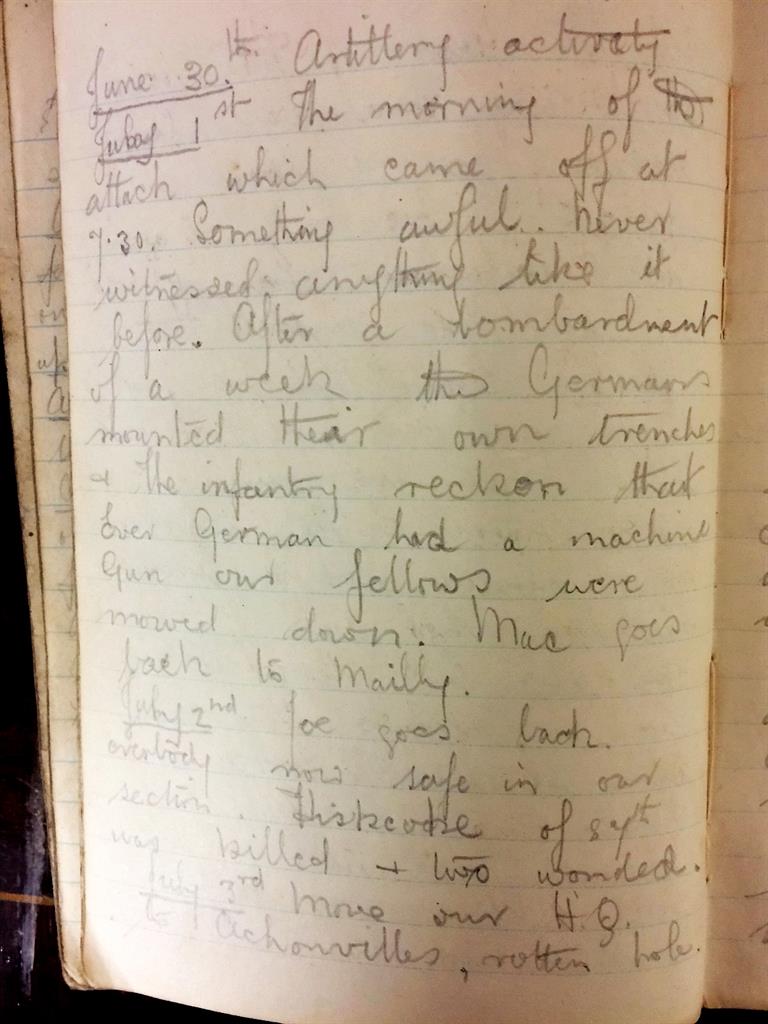 In one entry, from the first day of the battle on July 1, 1916, he wrote: ‘Something awful. Never witnessed anything like it before.’ He went on to describe a long bombardment.

Happily, Pte Diggens survived to marry his wartime sweetheart and raise a family in Islington, north London. But how his diary came to be left in a box in a Leicestershire barn remains a puzzle.

‘It was discovered with other unrelated militaria items,’ said Adrian Stevenson, of Hansons Auctioneers. ‘The owner had no idea who any of the items related to but said his mother had been the recipient of old family heirlooms.

‘It’s a mystery how this Somme diary ended up in the Midlands, as Arthur was born in London.

‘I’m just relieved such an important piece of military history has been found and can now be preserved.’

It is expected to sell for between £300 and £400 at a militaria auction in Etwall, Derbyshire, on March 20.