THE Tube, the DLR, the Overground and the classic London bus — we’re spoilt for choice when it comes to public transport in the capital. But for a fabulous commute, it doesn’t get better than Thames Clippers, which operate the River Buses. The latest River Bus stop opened in October at Royal Wharf Pier, bringing the total number of stops to 23, with routes connecting the Royal Docks to Westminster in the west and Canary Wharf and Greenwich in the east.

This latest service offers journey times of 38 minutes between Royal Wharf Pier and central London (London Bridge City Pier), with boats running a direct service every 20-30 minutes during morning and evening peak times and every 30 minutes during the day at weekends. All you need is a latte and your eyes wide open to take in the scenic views on your commute. The River Bus is also marking another major milestone — it is celebrating 20 years of operation this year.

Royal Wharf Pier is located at Ballymore and Oxley’s Royal Wharf development. It offers 3,385 new homes consisting of one, two and three-bedroom apartments, set on 40 acres along the river. Plus, if you’re lucky enough to live here, you will have access to the 20,000sq ft clubhouse, which includes a gym and 25metre pool. Potential residents can travel from Pontoon Dock or West Silvertown on the DLR, and Canning Town on the Jubilee Line, to reach the West End in 20 minutes, Canary Wharf in five minutes and London City Airport in two minutes. From £388,500 for a one-bedroom apartment (royalwharf.com).

It’s not just Ballymore and Oxley who are grasping the attraction of pier-side locations. Here, we round up some of the fabulous new homes to really float your boat… 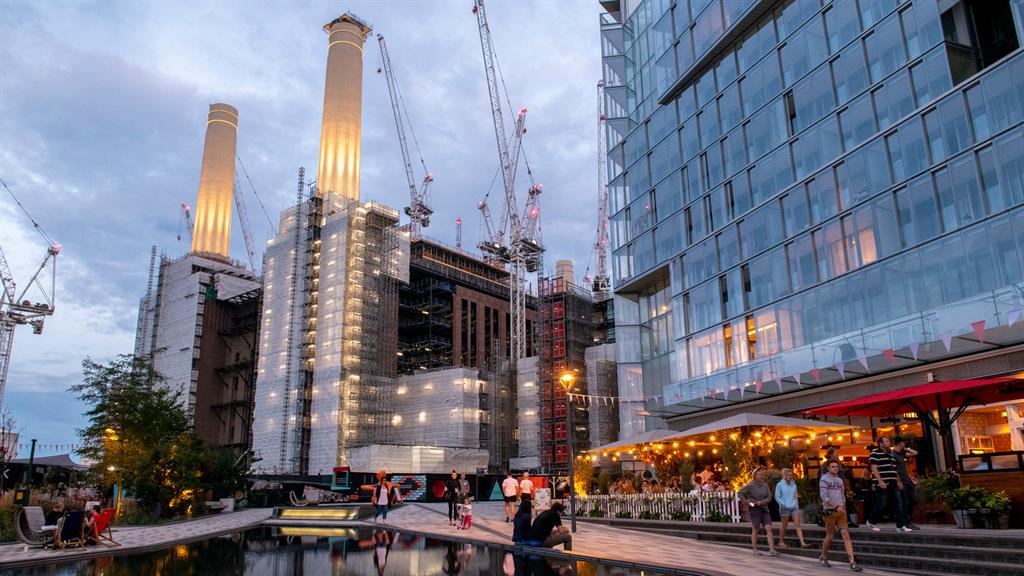 Designed by Foster + Partners, this regeneration scheme offers restaurants, cinemas and health and fitness options. There’s a huge spa with a 25metre swimming pool, jacuzzi, steam room and a fully equipped gym. There are also amazing roof gardens, a unique green space for residents to enjoy. There are studios, one and two-bedroom apartments, plus river view penthouses on offer. The easy connections via the Thames Clippers from Battersea Power Station Pier can get you into central London, with connections to Embankment within 15 minutes, Blackfriars within 20 minutes and Canary Wharf within 40 minutes, making your commute much better than you could imagine. From £885,000 for a one-bedroom apartment, batterseapowerstation.co.uk 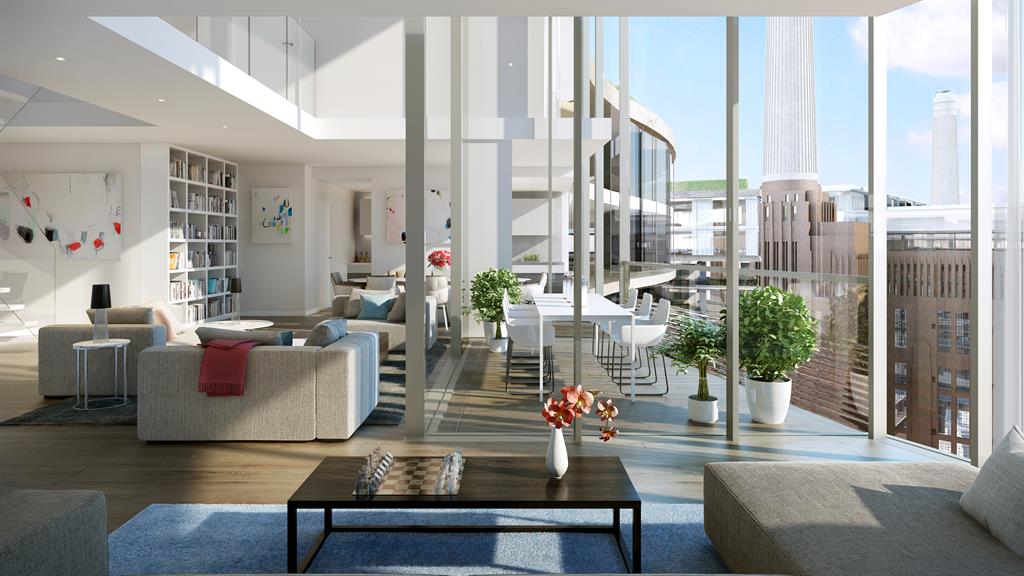 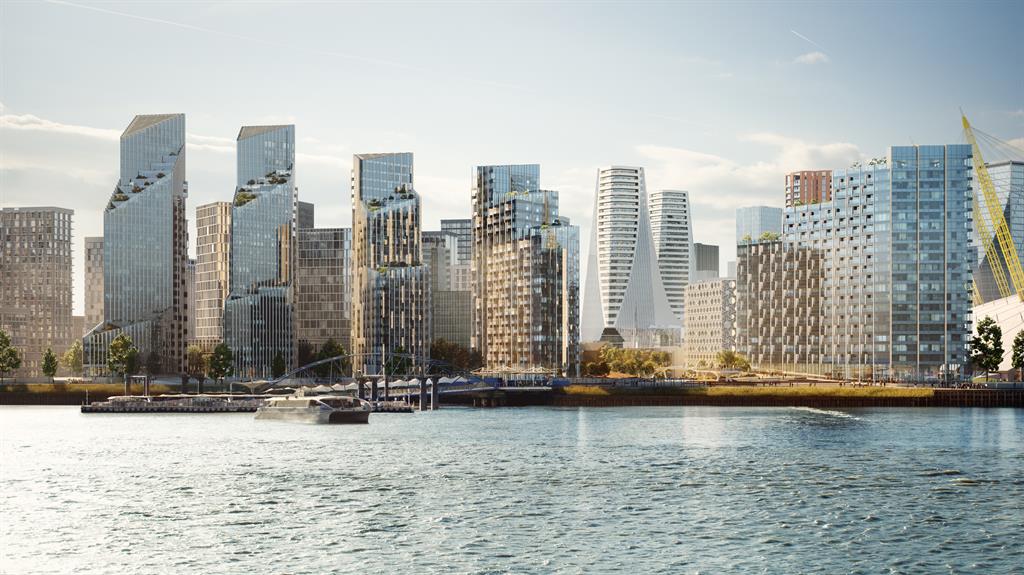 Apartments at Upper Riverside are next to North Greenwich Pier, served by Thames Clippers, which takes residents into central London (London Bridge City Pier] in 35 minutes and is three minutes’ walk to North Greenwich Tube station. The doors have just opened to No. 3 Upper Riverside and 126 apartments, lofts, penthouses and residents’ amenities designed by award-winning Studio Ashby. The 150-acre regeneration scheme will create seven diverse, urban neighbourhoods, with 15,000 new homes. It will have creativity at its heart, with a design district and create at least 13,000 new jobs. From £550,000, with Help to Buy available on selected one-bedroom apartments. upperriverside.co.uk 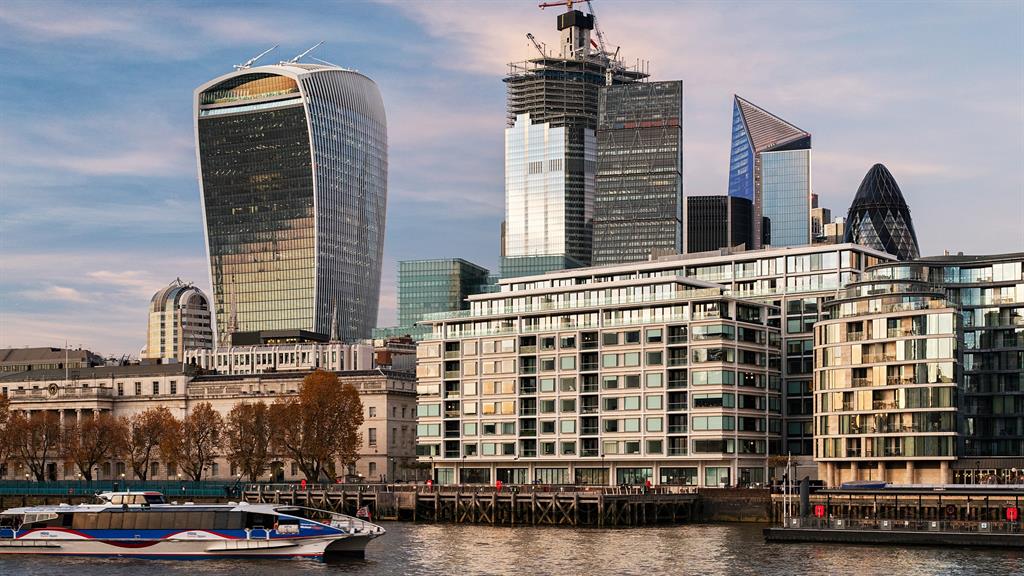 You’ll have to be fast (and have deep pockets) to grab yourself a base at Landmark Place as it is all but sold out. But, as locations go, it can’t really be beaten: it’s on the north bank of the Thames, overlooking Tower Bridge and the Tower of London. One of the largest penthouse apartments set over two floors comes with an outdoor terrace on each floor, three en-suite bedrooms, a study, dining room and riverfront views with floor-to-ceiling windows. Tower Millennium Pier is less than five minutes away on foot. Additionally, public access to adjacent Sugar Quay jetty with incredible views over London, has been restored. Barratt London financed restoration of the historic wooden jetty, which is now open to residents and the public. From £8,895,000, barrattlondon.com 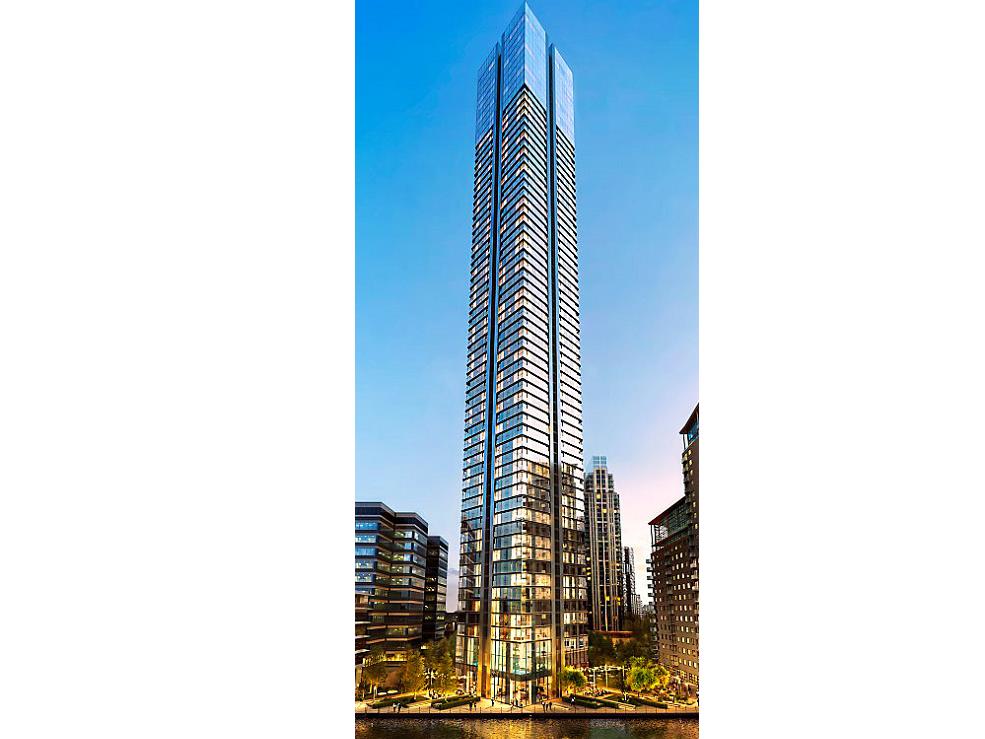 South Quay Plaza in historic London Docklands, and only a ten-minute walk from Canary Wharf Pier, features two glass buildings, Valiant Tower, at 68 storeys, and a 36 storey tower under construction. Designed by Foster + Partners, it consists of 888 homes. The 56th floor of Valiant Tower will be home to Europe’s highest residents’ club lounge and bar. The health club offers a 20m infinity pool looking out onto the Thames. From £945,000 for a one-bed apartment, southquayplaza.london