THE Walpole Picture Theatre entertained the residents of Ealing for 60 years before the lights went out for good on October 28, 1972. But now, the stunning Art Deco building, which began life as a skating rink in 1908 and was converted into a theatre four years later, is playing a key role in a new voyage of discovery — at the heart of an ambitious residential and commercial development by St George to further regenerate the leafy borough of Ealing.

The building itself was demolished in 1981, but its gleaming tiled façade and enormous black, gold-topped pillars have been preserved to front a new eight-screen Picturehouse cinema on the site.

The name Filmworks, which will be branded proudly at the top, has been given to the whole development on this two-acre site just off the high street in the centre of Ealing. When completed in 2021, it will provide 209 new one, two and three-bedroom apartments.

Of these, 43 have been designated under the First Time Buyers scheme with the aim to help young people on to the property ladder.

The apartments — in four distinctive buildings, all named after famous British actors who worked at nearby Ealing Studios, the birthplace of British cinema — will be linked by paved pedestrian areas and walkways to the theatre.

At ground level, the theme will be leisure, with a raft of new bars, restaurants and shopping outlets, while the central public spaces of Filmworks feature a bespoke architectural façade with gold metallic geometric finish, echoing the theme of the theatre.

The interiors of the apartments reflect the glamour of the Roaring Twenties, with Art Deco designs in details such as wall lights, cornicing and three-step skirtings. The bathrooms are fitted with 1930s-style metro tiles, black quartz and dark-hued cabinetry while the bath/shower screen is in smoked glass.

The five penthouses (with prices starting at £2million) and larger three-bedroom apartments will have brushed gold finishing.

St George had previous success in the area, having redeveloped the nearby Dickens Yard a few years ago to create 700 new homes. But Filmworks presented a number of different challenges. The site is linked on three sides to major roads, and the development has to be completed at the same time as the cinema opens.

‘All the buildings have to be erected at the same time to meet that deadline. You can’t have the theatre open and people walking through a building site to get to it,’ says Steve Kirwan, operations director of St George. ‘We effectively built 29 floors of the four residential buildings in 32 weeks. So far, we’ve used 10,800 cubic metres of cement and 1,900 tons of reinforced steel. It has been an unusual challenge.’

The first block, Bogart House, was completed early last year. Almost half the 209 apartments have already been sold. Filmworks is in a prime position, minutes from the town centre and the railway station. When Crossrail finally arrives, the journey to Bond Street will take just 11 minutes. 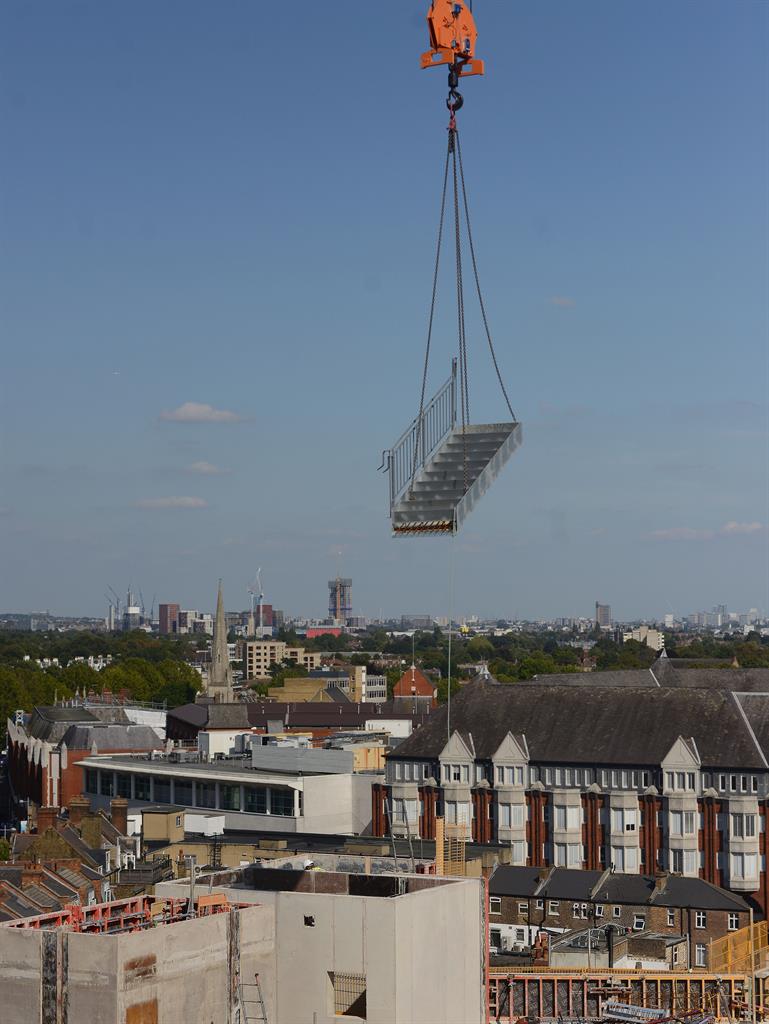 Ealing is also one of the five greenest boroughs in London, and the development sits near lush Walpole Park and the newly renovated Grade I-listed Pitzhanger Manor & Gallery.

St George has worked closely with the London Borough of Ealing and local residents with this ambitious project. The connection with the film industry runs like a seam throughout the development — on the night of my visit St George and the council had sponsored a free, pedal-powered cinema screening of The Greatest Showman.

In one of the pedestrian areas, there’s a huge piece of granite inscribed with lines from the George Formby song Count Your Blessings And Smile from the film Let George Do It!, made at Ealing in 1940. ‘We’re very proud of what we’re achieving here,’ says Neil Bowron, sales and marketing director. So he should be: there’s no business like show-homes…

The scene is set… 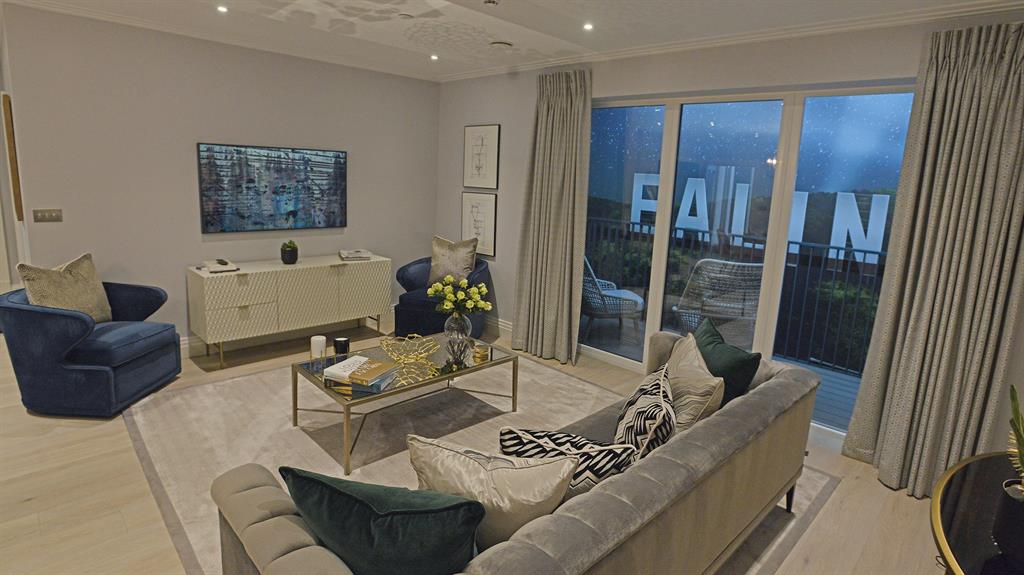 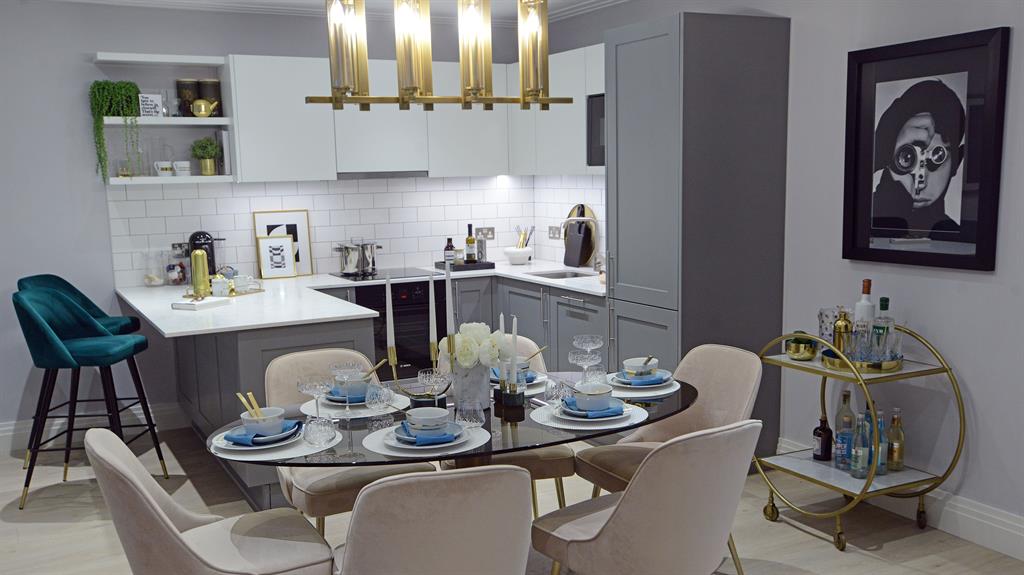