ONCE upon a time it was an important landmark of the East End — a monumental Art Deco cinema on the Hackney Road in Hoxton, opening in 1938 with a screening of a film starring comedian and music hall artist Max Miller.

With its plain façade clad simply in cream faience tiles, the Odeon was admittedly more austere than most, especially compared to its more flamboyant near-neighbour in Essex Road, Islington, although there was a later campaign to list the building.

After the cinema closed in 1961, it became the first purpose-built Odeon to be converted into a bingo hall, which lasted until 2015. The site is now reborn as HKR Hoxton, a ten-storey, boutique block of 66 new apartments above commercial office space that developers LBS Properties hope will become a new landmark.

It’s one of a number of new schemes here, where crumbling Victorian terraces once housed small factories and pockets of industry. Now, the tell-tale red lights of cranes mark the inexorable march of residential redevelopment from Shoreditch into Bethnal Green and Hoxton.

HKR Hoxton, however, pays more than a nod to the area’s industrial past. Architects Hawkins Brown have reimagined the site, choosing to clad it in rust-toned corten, while designing garden terraces and rooftop viewing areas from which you can see just how much the area has changed, and is continuing to evolve. 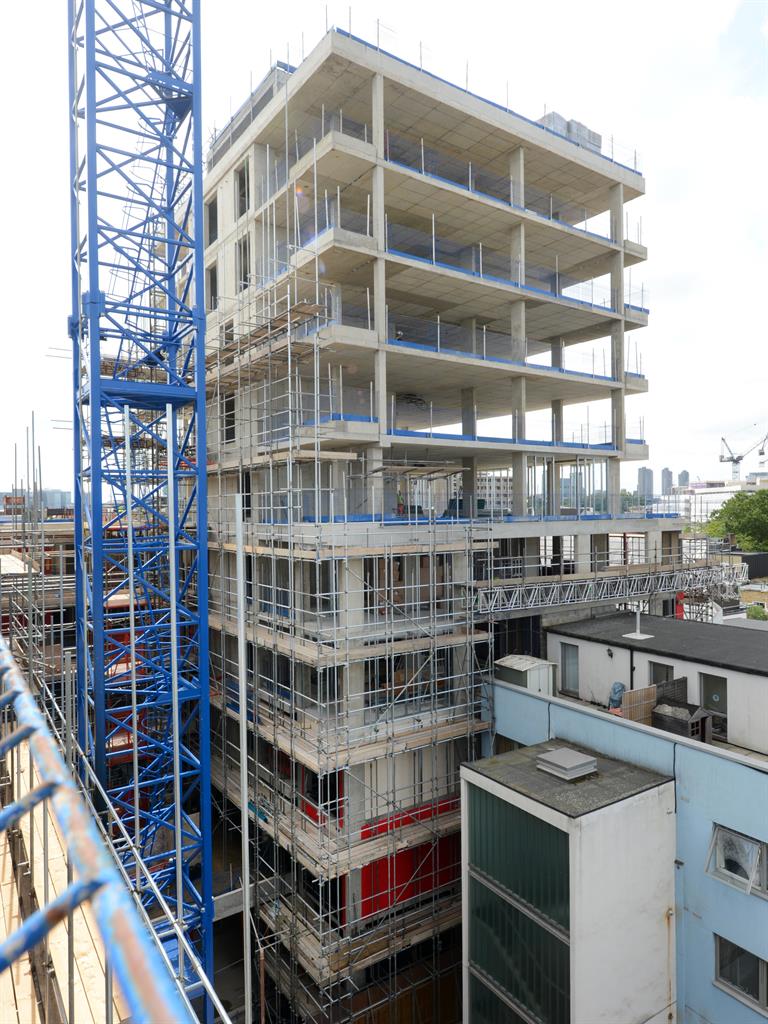 Toned weathering steel frames span the façade of the building, with an architectural rhythmic grid designed to resist corrosion and abrasion. The metal ‘repairs itself’ and changes colour -painted by the rain and bleached by the sun. 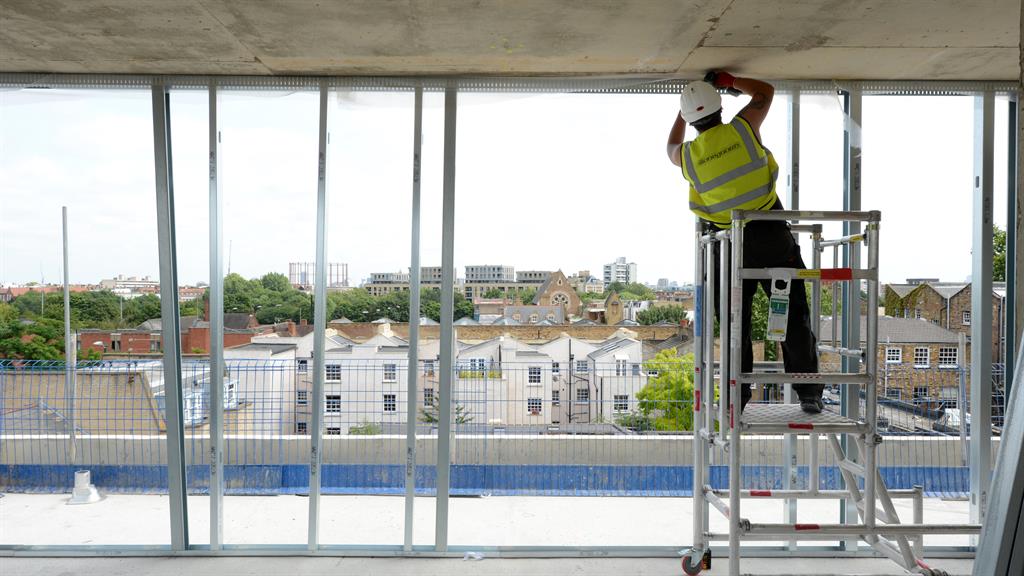 That theme continues inside, where the reception boasts a fireplace and weathered steel walls, while the apartment interiors, designed by Honky, have softer, warmer hues. There are engineered oak herringbone parquet floors, in living rooms and kitchens, which have bespoke cabinetry and integrated Siemens appliances. Bedrooms have wool-mix carpets and the bathrooms are dressed in classic ceramic metro-style tiles, set in a herringbone pattern.

Ceiling heights are generous at 8.5ft-tall and all living rooms and master bedrooms have underfloor heating and comfort cooling. There is energy-efficient LED lighting throughout, and every apartment has a balcony or terrace. But that’s far from being the only outside space. 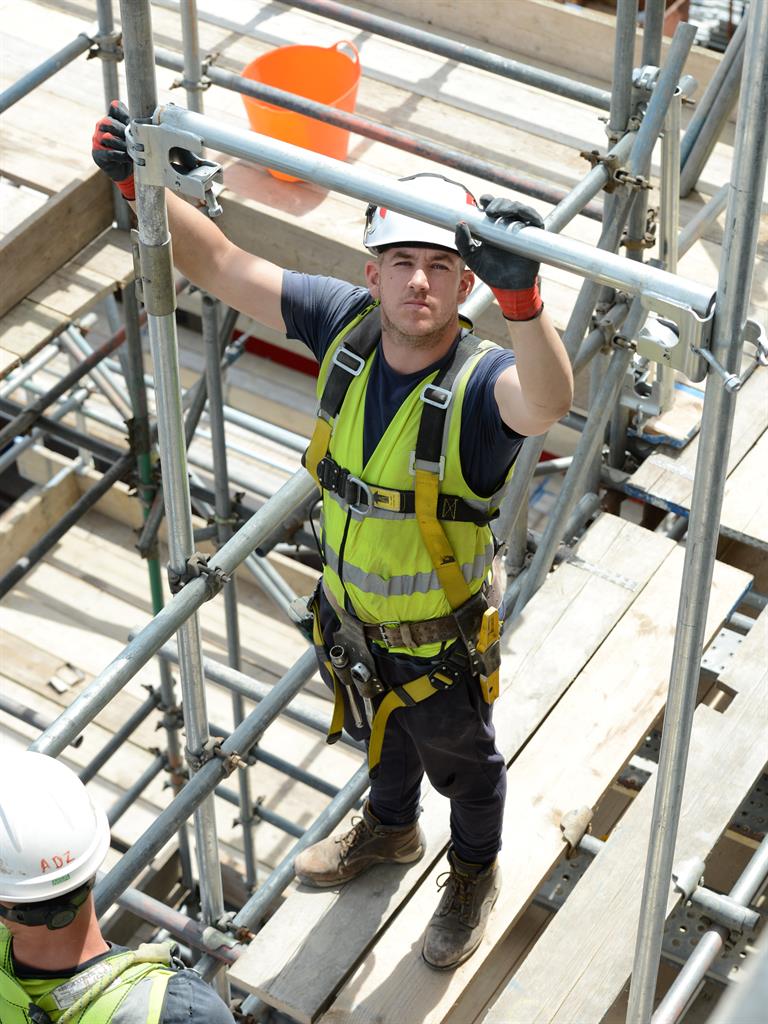 The large, landscaped gardens on the fifth floor — also the location of the gym with separate areas for yoga and pilates — are literally a breathing space, while the sky terrace on the top floor has views across the city.

There is copious storage for bikes, and while HKR Hoxton is designed as a car-free building, residents can join a car club linked to Zipcar, with three years’ free membership for every apartment. 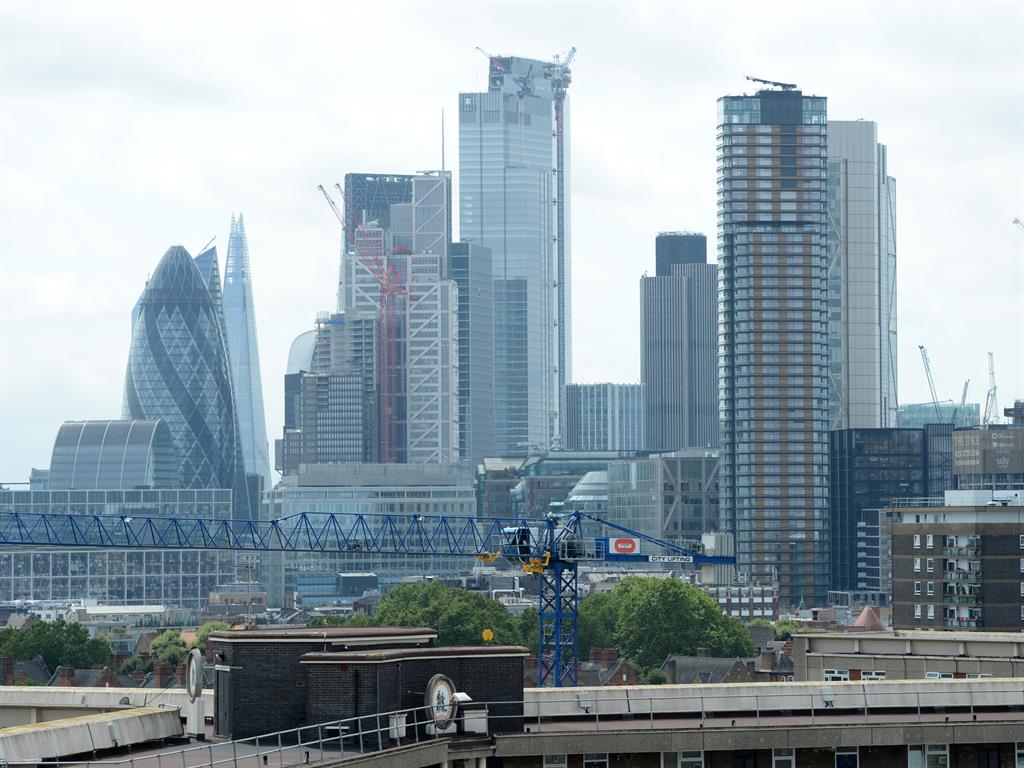 Tom Rundall, partner of Knight Frank City & East Residential Development, which is selling the apartments, said developers had taken care to reflect the area’s past, but also to build something they felt people wanted to live in.

‘They wanted to do something different architecturally, not just build yet another glass tower,’ he says. ‘It’s the same with the interiors which are stylish and bespoke. Buyers can choose a package if they want to purchase all the furniture.

‘Shoreditch and Hoxton are a melting pot of people and we took inspiration from this demographic. We wanted to create something cool, contemporary and trendy, and we’ve had interest from young professionals, parents buying apartments for their children studying at nearby universities and even downsizers.’

A two-bedroom show apartment will be ready for viewing from October.

■ Apartments are available to buy through knightfrank.co.uk