LEWIS HAMILTON has been scarred for life by racist abuse he suffered as a child, his Mercedes boss Toto Wolff has claimed.

Hamilton, 34, could celebrate a remarkable sixth world championship in the breathless Mexico City air on Sunday, taking him to within one of Michael Schumacher’s all-time tally.

And yet the Mercedes driver continues to divide opinion in his homeland.

He remains stuck on an MBE while the other outstanding British sportsmen of his generation, Andy Murray and Mo Farah, have received knighthoods.

Hamilton (pictured) broke down racial barriers as a junior karter en route to the summit of Formula One, but he remains the sport’s only black driver.

He has called for greater diversity, and in 2011, he controversially said he was being penalised by stewards ‘because I am black, that’s what Ali G says’, in reference to the satirical fictional television character.

‘When Lewis was younger he was the only black kid among the white kids, and I know he was racially abused on the track,’ Wolff said.

‘If that happens to an eight-year-old, or a 10-year-old, it just leaves scars that will not go away.

‘If, as a child, you have had to overcome abuse and discrimination, on one side it makes you a stronger personality. But on the other side it also leaves scars. 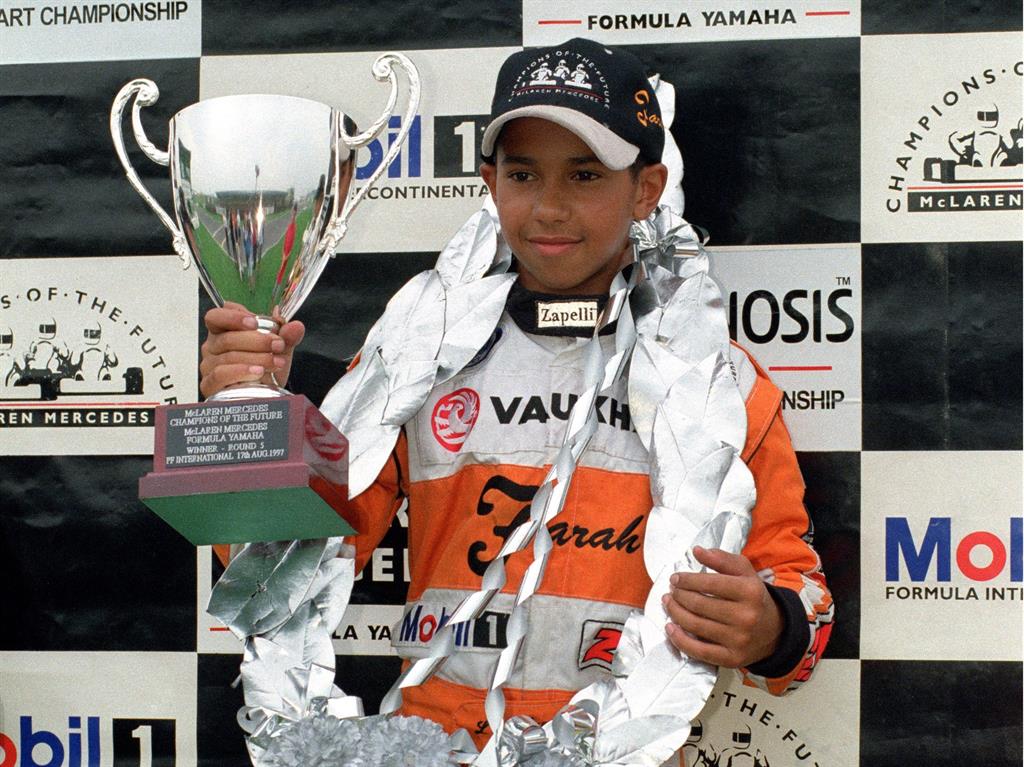 ‘Today, Lewis has a good and mature perspective, but the scars are certainly there. That is not the only motivating factor for him — those scars are a witness of having survived.

‘We have to acknowledge that we are not very diverse in Formula One, and I have certainly learned through Lewis to accept that it is difficult to overcome discrimination from time to time.

‘Exceptional personalities tend to polarise. He wears his heart on his sleeve, he has opinions, and by expressing them you will always run the risk of polarising. That is human nature.’

Hamilton will be crowned king of the world for a third straight year in Mexico if he outscores his Mercedes team-mate Valtteri Bottas by 14 points and is only nine victories away from matching Schumacher’s race wins record.

But the Autodromo Hermanos Rodriguez circuit, situated 2,200 metres above sea level, has been something of a bogey venue for Hamilton and his Mercedes machinery in recent years.

In 2017 and 2018, Hamilton finished ninth and fourth respectively. He must cross the line at least in third on Sunday to stand any chance of securing the title.

While his wait for a fifth championship in six years is likely to be pushed back a week to the next round in Austin, it is unfeasible that Hamilton will not celebrate another title this season.

And Wolff, who has overseen Hamilton’s sensational run of success, believes the Englishman could be considered as the finest driver to step into an F1 car.

‘We don’t recognise outstanding performances while they happen,’ added the Austrian. ‘We tend to try to find the hair in the soup rather than to acknowledge the sheer level of performance.

‘When Lewis finishes his career, people will say he was truly one of the greatest, if not the greatest racing driver of all time.’

Hamilton arrived in Mexico’s capital city facing a charge of hypocrisy after lamenting the state of the planet and calling on his 13 million Instagram followers to ditch meat and embrace veganism in a bid to reduce global emissions.