Alton Towers’ Halloween event (above) features scare mazes galore, including the Alton Towers Dungeon, The Attic: Terror Of The Towers, Darkest Depths, Sub Species — The End Games, Project 42 and the Altonville Mine Tours. The rollercoasters, such as the Wicker Man, are open for terrifying night rides in the dark. Until Nov 3, Alton Towers Resort, Staffordshire, altontowers.com 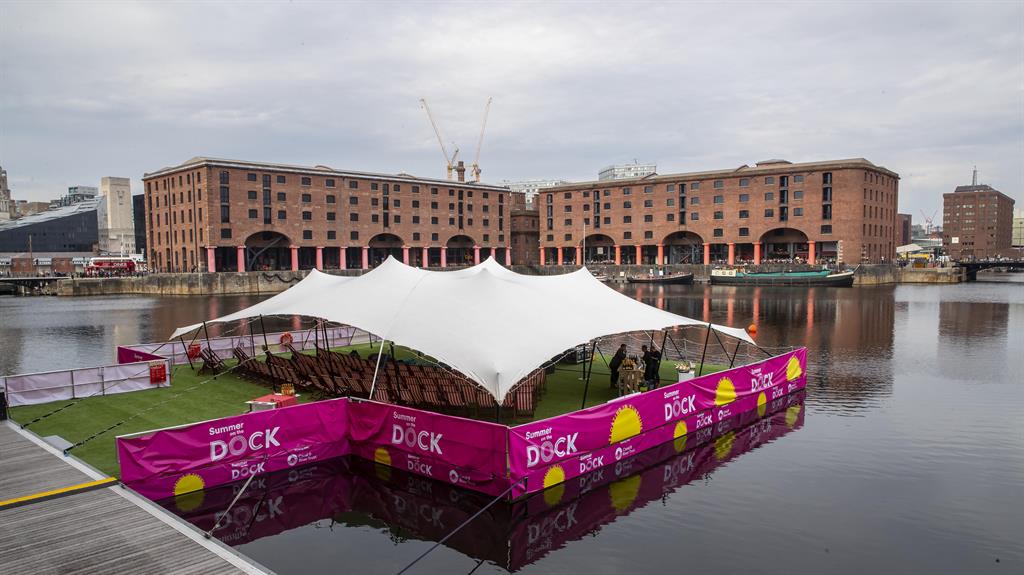 Albert Dock’s floating cinema returns for Halloween with relaxed morning screenings of classics such as Hocus Pocus and Casper, Afternoon screenings include The Addams Family and Beetlejuice, while adult-only evening sessions include The Lost Boys (tonight), The Blair Witch Project (tomorrow), Scream, Psycho and A Nightmare On Elm Street. Until Nov 1, Royal Albert Dock, Liverpool, albertdock.com

Halloween in the City, Manchester

Manchester city centre has more than 20 free family events, including a skeleton parade, a ‘poisonous’ maze, giant monsters, the Creepy Carnival, Trick Or Treat Trail, and mad scientists conducting experiments, as well as Room On The Broom storytelling and screenings of CBeebies and CBBC favourites. Tomorrow and Sun, Manchester City Centre, visitmanchester.com 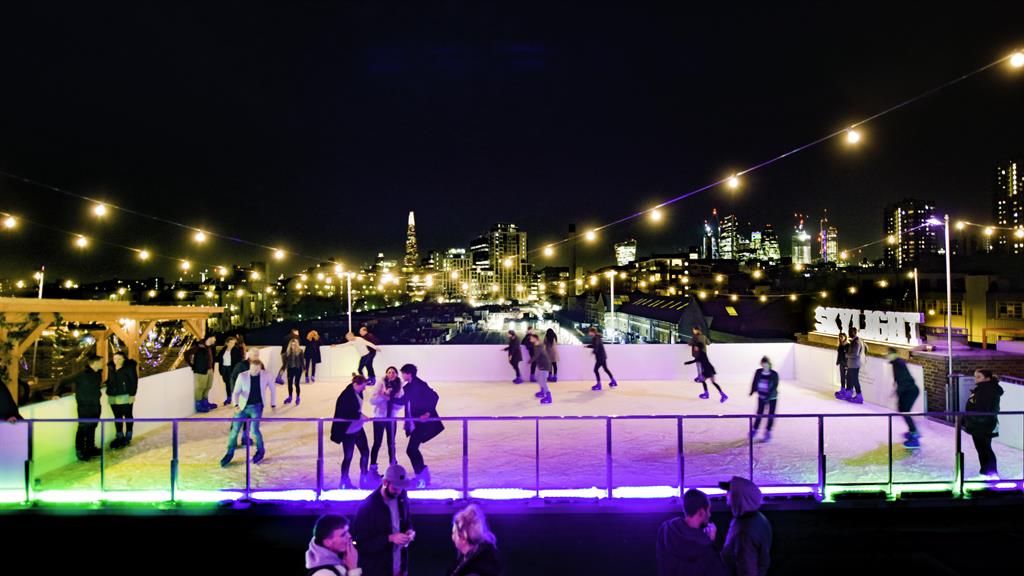 You don’t get much more London than a Halloween On Ice party on a hipster rooftop. There are Halloween-themed performances on ice, plus ice-skating, trick or treating, a candy hunt, a costume competition, DJs, street food, bars and igloos/huts to cosy up in. Thu, Skylight, Tobacco Dock, skylight.designmynight.com 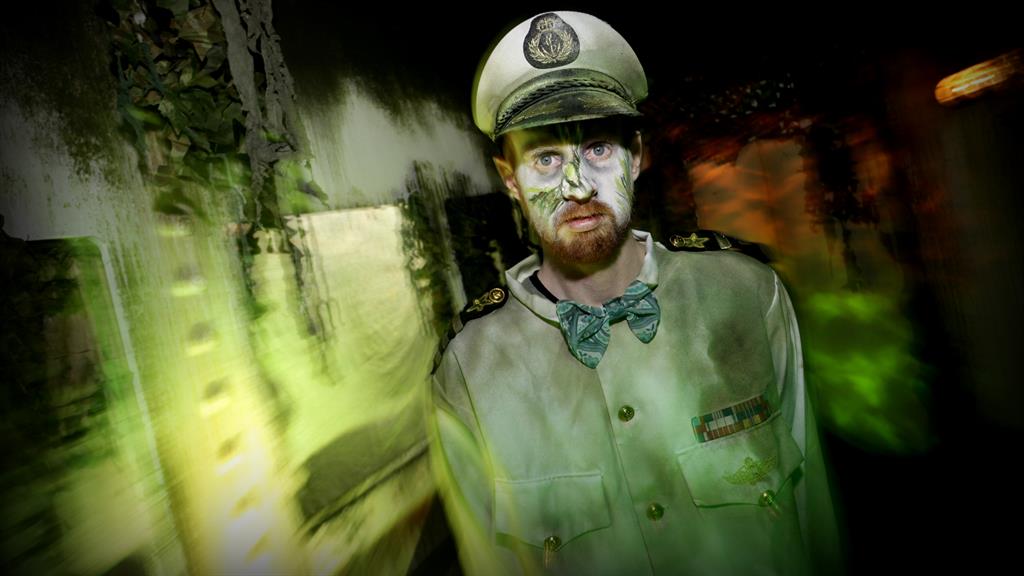 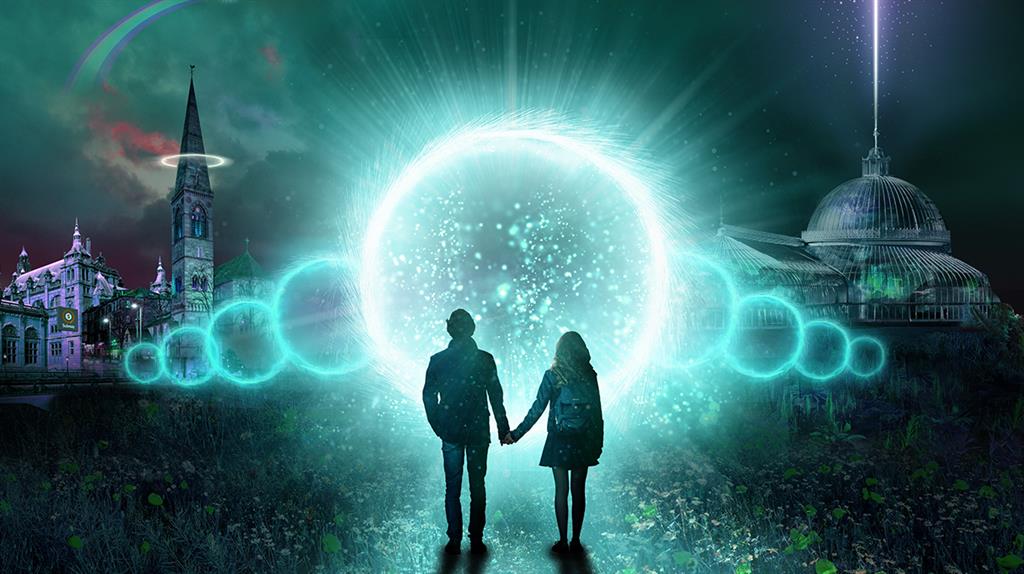 In the midsts of Glasgow’s Botanic Gardens, discover and explore the immersive zones — Arcade, Area G-12, Marshmallowland, The Patch, The Lair, Wunderbar, The Zombie Tearoom, The Party Palace and X, which are brought to life through dazzling illuminations, evocative soundscapes and storytelling. Plus there’s street food and a special bar lit with one million lights — hopefully they’re not on a series circuit! Until Nov 10, Glasgow Botanic Gardens, whatsonglasgow.co.uk 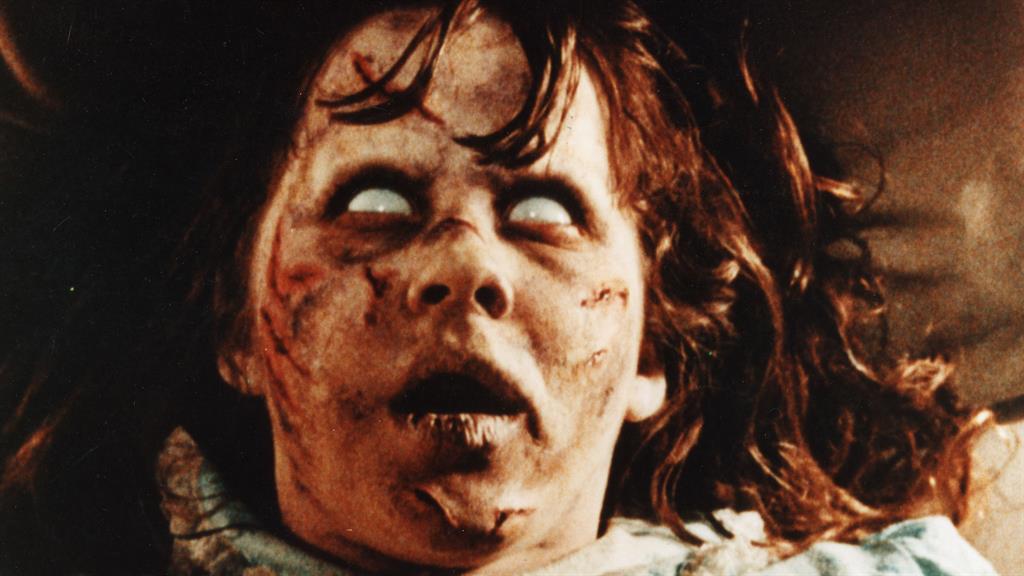 The 12th-century medieval fortification that gave the city of Newcastle its name is screening classic horror films in its Great Hall — including The Exorcist (above) (Monday), Psycho (Tuesday) and Evil Dead II (Wednesday). Battling demons at a secluded cabin in the woods and taking a shower at a ramshackle hotel at its finest… Monday-Wednesday, Newcastle Castle, newcastlecastle.co.uk

Day of the Dead Festival, London 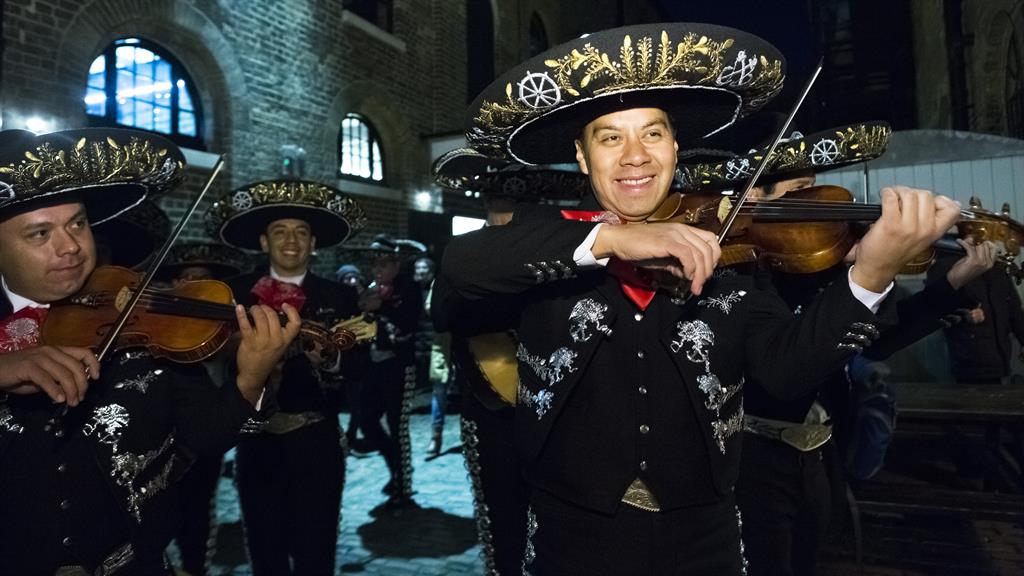 The Mexican Embassy teams up with Camden Market for a four-day celebration marking the famous tradition that dates back 3,000 years to the Aztecs. Mexican artists will be adorning the market with intricate shrines and the main action is happening over the weekend, with a roaming mariachi band, children’s arts and crafts, poetry, storytelling and a floating Mexican food market. Thursday until Nov 3, Camden Market, London, camdenmarket.com