Creators have promised a who’s who of famous faces in puppet form, from Boris Johnson to Kim Kardashian, when the show returns.

The puppets of the prime minister and Donald Trump discuss Spitting Image’s comeback in the new trailer.

The US president states: ‘Puppets. That is the very most moronic thing I’ve ever heard.’ 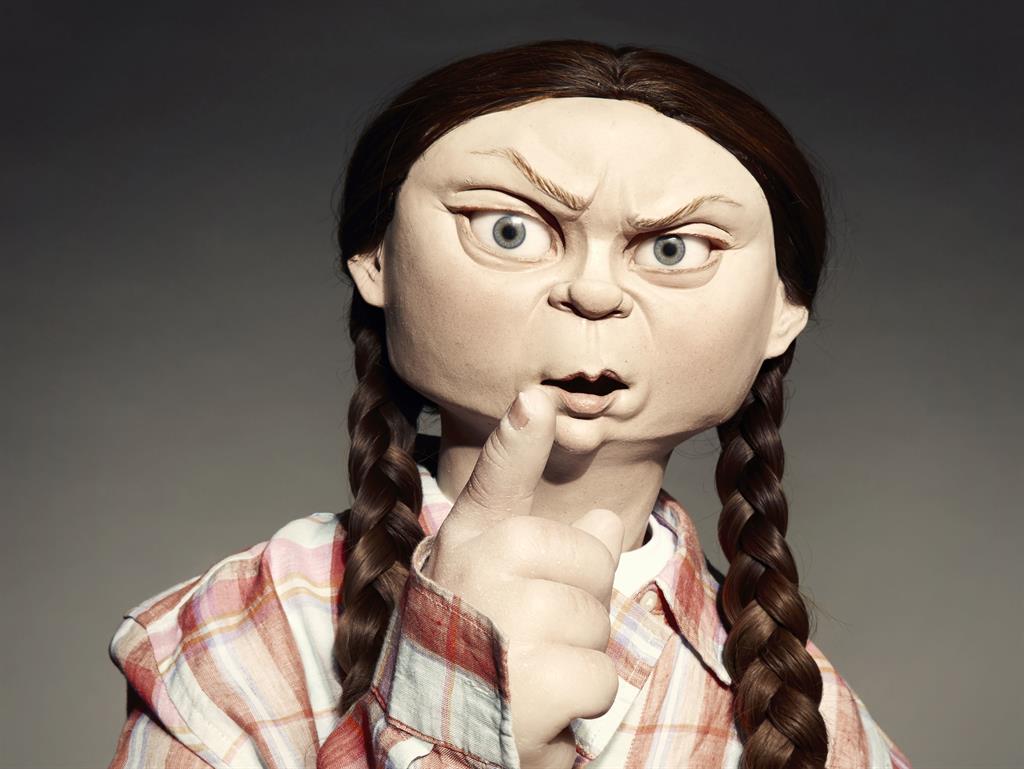 Puppets of Kanye West, Gwyneth Paltrow, Ed Sheeran and the Pope also feature in the advert for the new series.

Viewers comments, on Twitter, ranged from: ‘That is too gross and explicit… can’t watch it with the family,’ to ‘hard to unsee that sauna scene’ and ‘offending all the right people. Brilliant, keep it up.’

It comes as new images of the puppets of environmental campaigner Greta Thunberg and home secretary Priti Patel (both pictured above) were released.

The satirical puppet show, which was watched by 15 million viewers in its heyday, will return on October 3 with a 10-week series on BritBox.

Producers previously unveiled images of the prime minister, his chief adviser Dominic Cummings and the Duke of York ahead of the show’s comeback.