WHY should you buy winter tyres? Winter tyres feature specially designed tread patterns and rubber compounds that perform best when you are driving in cold weather. From 7C and below, these special patterns work together with the bespoke rubber compounds to maximise traction and grip, keeping motorists on the road.

A large number of motorists think that the winter tyre is only useful when driving on snow. But they are sorely mistaken, as there is much more to them than that. The tread pattern is crafted to disperse more water than conventional tyres when driving in the wet, while the compound itself is softer, meaning more grip is generated when it is cold, irrespective of whether it’s dry or not.

That being said, winter tyres really do come into their own when it snows. Narrow grooves in the tyres help prevent the snow building up and clogging the tread channels. If you have ever had the pleasure of constructing a snowman, you will know the speed with which snow accumulates when it is compacted and this is the main reason that conventional tyres are less effective in snowy conditions.

Even though winter tyres are an incredibly useful addition to your car, it is worth notifying your insurer when you have fitted them. The reason being that, somewhat ridiculously, there are insurance companies out there who class winter tyres as an aftermarket modification, despite the fact they offer safety benefits in those cold, dark winter months.

Are winter tyres worth it?

If you’re buying a new car, then you might want to weigh up the benefits of winter tyres over four-wheel drive. The latter will command a premium of around £1,500 on models that have it as an option, but you could get a set of decent winter tyres for a third of that.

However, if there’s no grip, then a four-wheel-drive car won’t get much further than a 2WD car on the same tyres. And under braking, the benefit of 4WD is limited to virtually non-existent.

According to leading tyre maker Continental, a car fitted with winter tyres braking on snow can come to a stop from 31mph in 35m, which is 8m — or about two car lengths — shorter than if it was fitted with summer tyres.

The difference is even more pronounced on ice. At a slow 18mph, a car with conventional tyres takes an extra 11m to stop, which is the length of a double-decker bus. 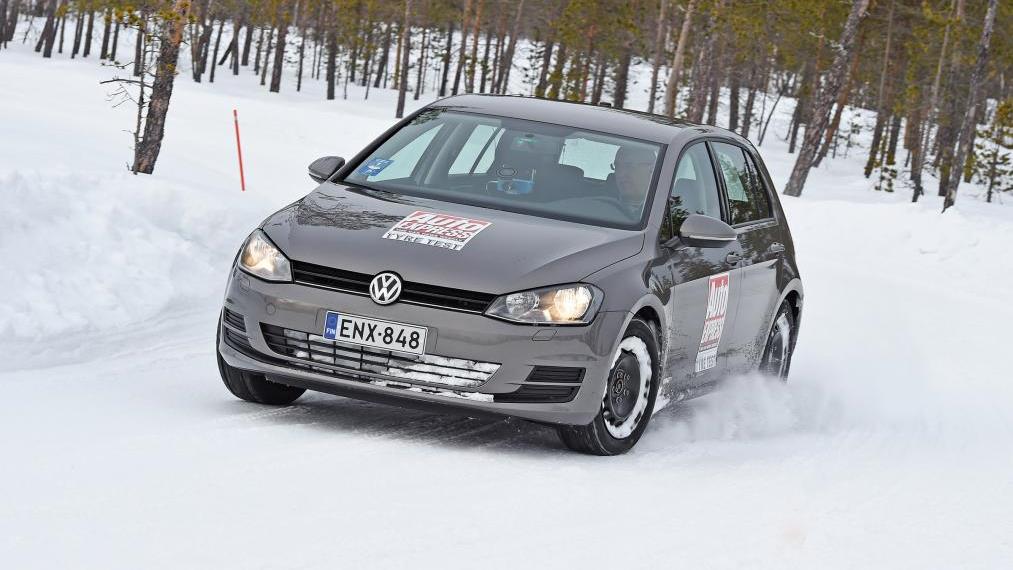 If you live further north where temperatures are regularly in single figures, or you know that you’ll be driving for many miles over the winter, then it’s worth considering a set of winter tyres. However, they don’t come cheap.

If you own a compact hatch, then a set of four winter tyres will cost in the region of £500. That’s a lot less than 4WD, but still quite an outlay. You also need to consider whether it’s worth paying for a set of wheels to fit them on.

This might be expensive, but then if you’re switching regularly, it may work out less to get a set of cheaper steel rims to fit them on than going to your local tyre fitter every time you want to swap over. There’s no point in trying to fit them yourself, as you need dedicated machinery to mount and balance the tyres on the wheels.

Despite all these hurdles, we’d strongly recommend investing in a set of winter tyres if you can afford them because they make driving in cold weather considerably safer.

Another alternative is to buy a set of wheels to go with your new winter tyres. You could get a matching set of alloys, but a cheaper alternative is to either get a smaller wheel design, or even basic steel wheels, if they’re available. Cars get pretty filthy over winter anyway, so a set of steels won’t spoil your car’s aesthetics much. 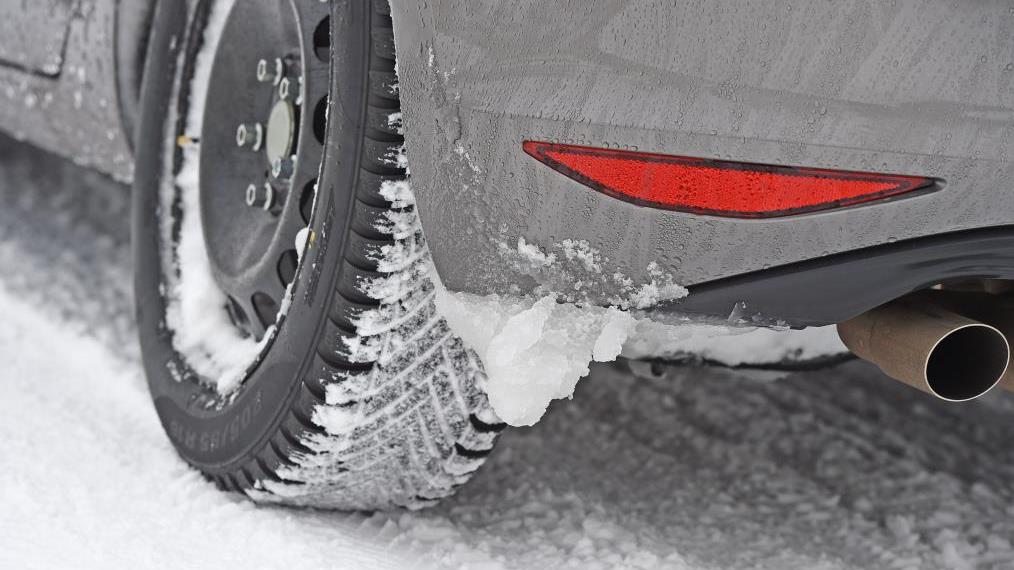 If your car has a full-size spare wheel, it’s worth considering fitting that with a winter tyre as a matter of course. There’s a greater risk of punctures in winter due to potholes, while a winter tyre is OK to drive for a short period in warm weather, as long as you replace the punctured tyre as soon as possible.

Currently there’s no such thing as a winter-spec space-saver spare wheel, but regular space-savers feature treads that are designed to work in a range of conditions, usually at speeds up to 50mph. If your car has run-flat tyres, you can get winter run-flats that remain useable even after a puncture.

One obstacle to fitting winter tyres is having somewhere to store your other set of tyres when they’re not in use. If you haven’t got a garage or shed to store them in, it can be a real inconvenience, and that’s where the tyre hotel comes.

This service is available at some main dealers or high street tyre retailers, and means you can keep your tyres safe for an annual fee. However, some companies will only store your tyres, not the wheels that they’re fitted to.

If you have storage facilities, then the tyres need to be kept in a cool, dark and reasonably well-ventilated place so that they stay in good condition. Continental suggests that fitted tyres should be inflated to 1 bar (about 14psi) and be hung from the wheel spokes, although we’d advise caution, as not all wheels are designed to be stored like this.

If your only option is to stack your tyres, then they should be restacked every month to maintain their shape. And if your tyres aren’t fitted to a wheel, then stand them in a tyre rack and rotate them every month. 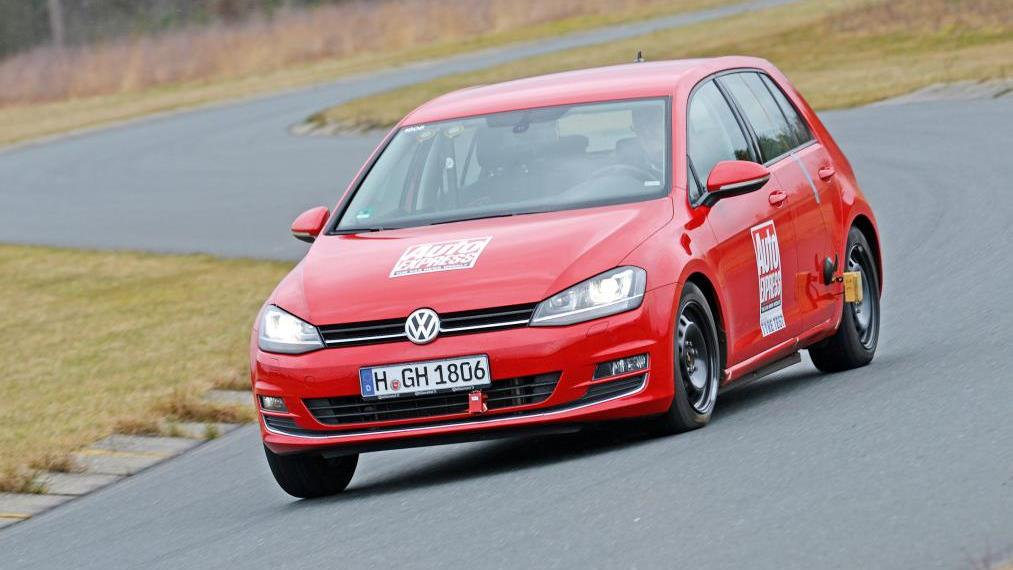 Can I use winter tyres in the summer or all year round?

It’s not recommended. Winter tyres are designed to work at temperatures below 7C, and they aren’t as effective once above that or less. Thanks to the type of rubber used and the tread pattern design, the rubber will move around significantly when it’s warm.

Not only does this give your car a vague, woolly feeling, it also means stopping distances will be marginally longer. In addition, the soft rubber compound used in winter tyres will wear out faster in warm weather than a standard tyre.

The benefits of winter tyres over summer tyres in cold weather are clear, and in some cases they are a better alternative to the other options available.

Four-wheel drive is arguably the best option for buyers wanting to get through winter. It’s an expensive choice, both in initial outlay and with higher running costs when compared to a 2WD model. But there are plenty of options out there, both in terms of four-wheel drive variants of standard cars, as well as a large number of SUVs and crossovers to choose from.

You get more grip with four-wheel drive, and most 4WD cars feature either clever electronics or mechanical differentials that send power to the wheels with the most grip. In most conditions 4WD will find more grip, but in heavy snow and ice, if your tyres can’t grip the road, you’ll find it hard to move no matter how many wheels are driven. Of course, fitting winter tyres to a four-wheel-drive car is the ultimate winter set-up.

Snow chains are compulsory in some parts of northern Europe, where there’s a high risk of heavily compacted snow and ice. These are extremely fiddly to fit, so there’s not much point in having them in the UK unless you live in a region that has permanent snow cover and is never cleared by snow ploughs. As soon as there’s any sign of tarmac, snow chains need to be removed, making them more trouble than they’re worth. 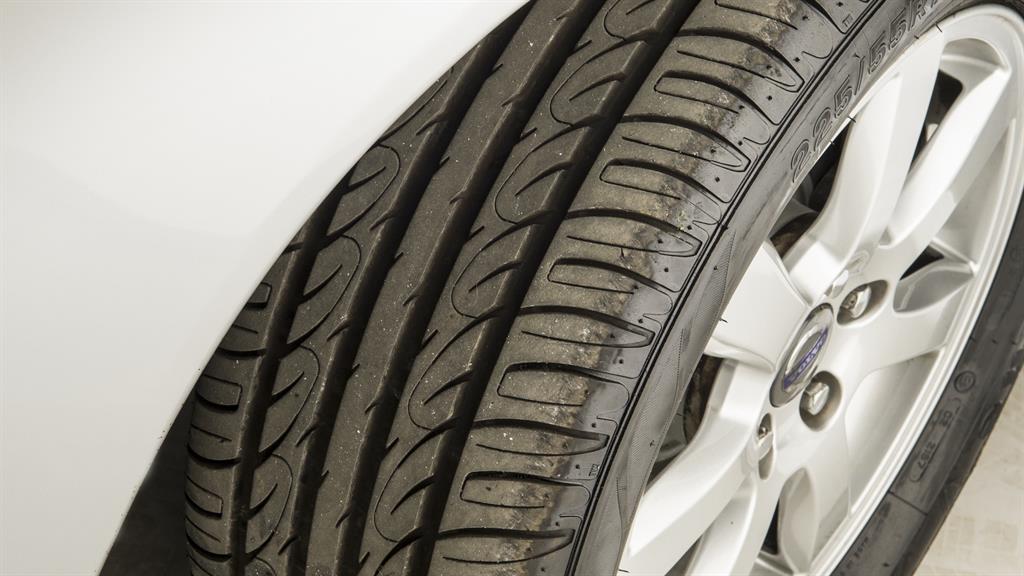 Snow socks are a cheaper alternative. They’re made of textile and cover the tyres with an additional grippy surface that’s more grippy than supper tyres. Like chains, they need to be removed as soon as the snow clears, or they’ll wear through quickly on tarmac.

Another option for European drivers is snow studs. These tyres feature metal spikes to gain grip on ice and snow, but they are illegal for use in the UK because of the damage that they can do to bare tarmac.

Where can I buy winter tyres?

Most tyre stockists in the UK will offer winter tyres. They’re not as common with high-street retailers such as Kwik-Fit or National Tyres, but online specialists such as eTyres and Black Circles will have a wide range of stock. They’ll also come to you to get them balanced and fitted, too.

None of these will be able to supply you with a set of wheels to fit them on. Your best bet there is a main dealer, or you could pick up a second-hand set of wheels from eBay. Just be aware of the wheel size that is suitable for your car — if you go for a smaller wheel size, then be sure the tyres you’re buying maintain the same overall diameter, and that the wheels themselves have enough clearance for the brakes and steering.

When can I buy winter tyres?

Winter tyres are available to buy all year round, although you will invariably see a spike in demand as the temperature drops in the autumn and winter. Savvy buyers will be able to pick up a bargain in the spring when demand for winter tyres drops and stockists will be wanting to shift old stock.

If the winter is particularly bad, then demand is sure to outstrip supply, so you may struggle to find a set for your car. If you’re planning to buy a set of winter tyres, it’s worth doing it sometime in the autumn, before the weather takes a turn for the worse.